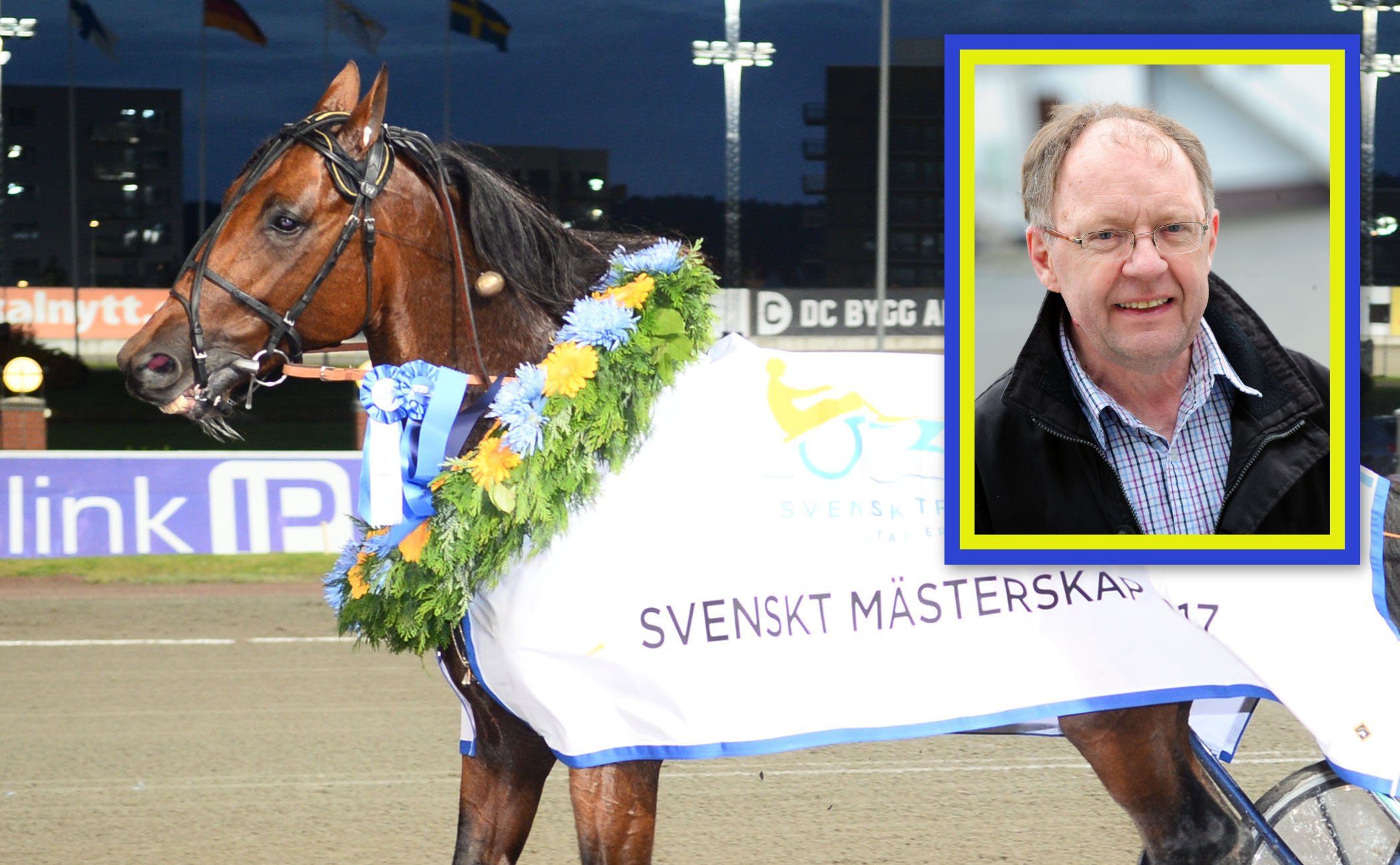 Someone called Sören Englund a living computer.
The handicapper at Åby racetrack studied mathematics and mathematical statistics at the university of Gothenburg but has never worked a single day without something other than analyzing horses.
Who will win the Swedish Championship on Saturday?
"Cyber Lane looks like the one getting the lead and then we'll see what last year's winner Readly Express can do about it".

The institution and the memory guru Sören Englund is turning 70 next year. He has watched races on various racetracks around the country, studied their training and watched replays at home his entire professional life. Not one single time has it been boring or burdensome according to himself.
After five years studying at the university of Gothenburg he graduated in 1973 and immediately started making a living analyzing and handicapping races.
"I moved to Gothenburg to attend the university and met a Danish guy who lived in Trollhättan and we shared the same interest. We were at Åby just as often as we were in class" says Sören Englund.
1973 was also when Sören and his friend started publishing a paper for every race day at Åby. A paper called Åby-tipset which included a section called 'training reports'.
"We wrote about every single horse we had seen training on the track. So we had almost total control over what happened at Åby back then when there were 440 horses stabled on the grounds. Today they're all out on various farms" says Sören Englund.

"Missed a few days here and there"
For yen years, from 1973 to 1983, they published the paper by themselves. Then Åby bought it and since then he worked for them with the paper until 1996. Since the early 2000s he works for the morning paper Göteborgs-Posten, as their handicapper. He still has his job with Åby, doing warm up analyzes and handicapping the races in the winner's circle together with Åby's Kristoffer Jakobsson.
He has seen pretty much every race at Axevalla since 1962 and after moving to Gothenburg he's seen pretty much everything at Åby since 1968 too.
"I've missed a few days here and there when I've been sick or on vacation".
And trot races is still his biggest passion.
"It is. I'm a general sports enthusiast but it's really only when I watch a trot race that I get all fired up and realize how much fun I'm having. A football match can never do that for me".
His interest started when he was eleven years old back home in Mölltorp in Skaraborg. He watched his first Swedish Championship live at Åby in 1965 with his father.
"It was my first time at Åby and it was huge for me. It's also my favorite memory of all the Swedish Championships. Everything you do for the first time as a kid is hard to beat. When you're a kid you see everything with such big eyes, right?"

Saturday will be a big day for the Swedish Championships in various classes at Åby where the open class will go as V75®-7. Can we have your first analyzis?
"Cyber Lane looks like the one getting the lead and then we'll see what last year's winner Readly Express can do about it. My heart says Readly Express with Björn Goop, so deep down inside I believe he will end up the winner. He's the best horse in the race. But I won't be surprised if Cyber Lane with some tactical moves from Christoffer Eriksson can win it either".

What do you mean by tactical moves?
"If he keeps his speed up when the opponent attacks, he's a tough horse to pass. If a good horse is in the lead, it often wins - we see it all the time. So I'm sure Christoffer Eriksson will up the tempo just before Readly Express comes to challenge him. Then it will be a tough battle and Readly Express might not get past him".

So it's a two horse race for you?
"At this point I can't separate them. I also think these two are too good for a third horse to have a chance".

Any other ideas you want to share with us for Saturday with all the various championship classes?
"The mares' class also turned out to be a very good field. I think 2 Cash Crowe sticks out after the draw. Petri Puro's mare had no chance against 11 Darling Mearas in her last start at Kalmar, but now the post positions are in her favor when Darling Mearas drew post eleven. Then I have a stronger feeling about 1 Dear Friend who has improved a lot lately. It will be interesting to see 3 Super Ariel too, who came from France with doubtful form to win it last year. 12 In Toto Sund is another good mare. There are many nice mares in here".