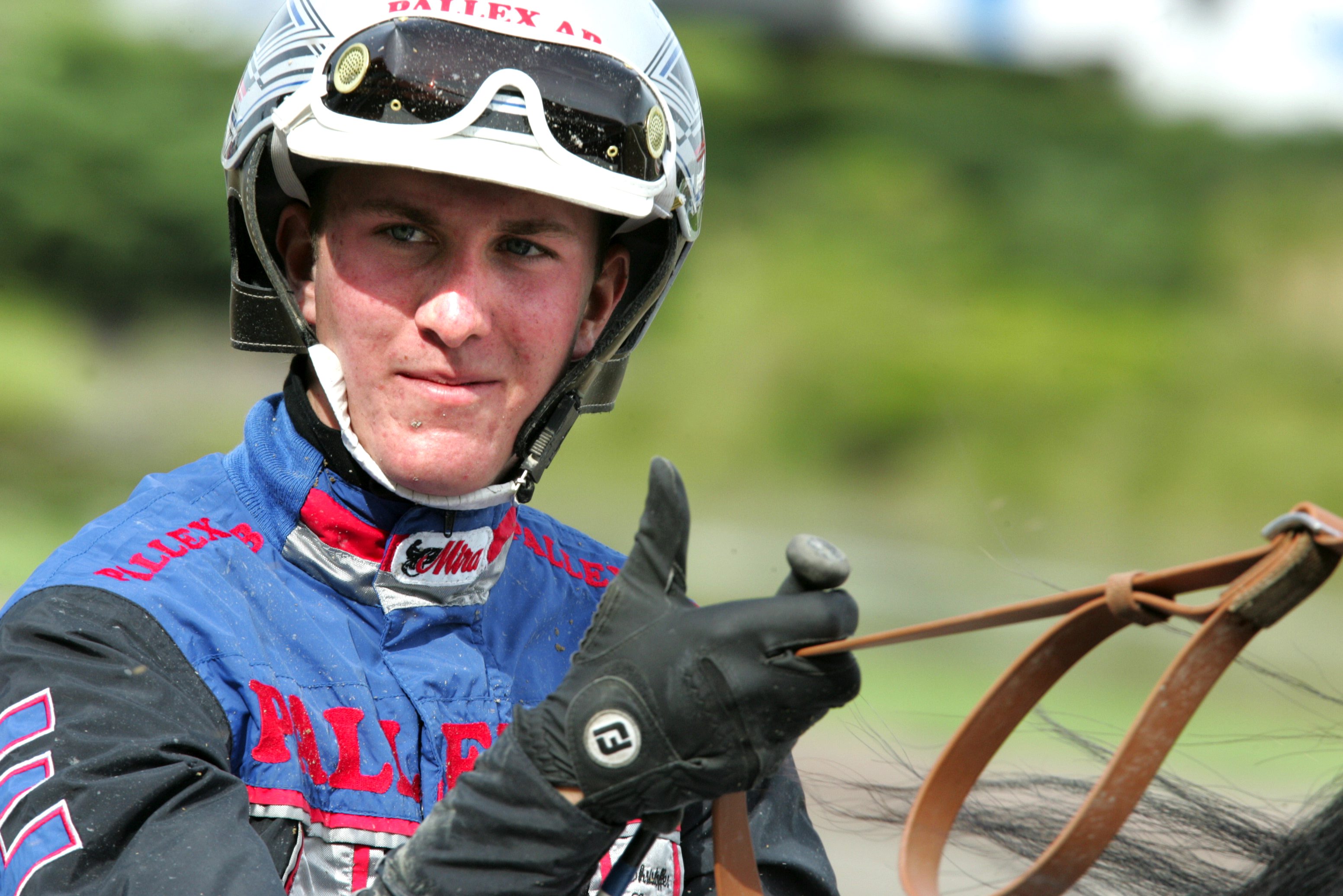 V75®: The super driver dreams about the trainer's award

Last year he was the best driver in Sweden.
Christoffer Eriksson is now focusing on his trainer's career.
"I spend more time in my own stable now and that feels very good" says Christoffer who has five drives on V75® at Jägersro this Saturday.

In 2005 Christoffer Eriksson, then 18, drove his first race.
Twelve years later he had a fantastic season that gave him the prestigious title 'Driver of the year' at the awards ceremony.
But instead of riding that wave, Christoffer has slowed down this year.
At the same time his training stable has grown and now includes 51 horses.
"I've cut down on the number of race days significantly simply because I can't keep running around like that. When you run your own stable you can't be away driving every night. I spend more time in my own stable and that feels very good" says Eriksson who's held a trainer's license since 2011 and got off to a flying start.
He reached SEK 1 million in earnings the first year and in his second year he had two horses in the country's most prestigious two year old race. The race favorite Nugget Face finished second. At the same time he had earnings as a driver of SEK 3.5 million.
But while his earnings as a driver have sky rocketed, his own stable hasn't showed the same progress.
Up until this year that is, when the earnings as well as the number of horses have almost doubled.
"I was too unexperienced when I started my training stable. There's so much more to it than just training horses. You need to know how to run a business. I'm not good at paper work, I can barely send out or pay a bill".

"I'm a much better trainer today"
Today Eriksson has eight employees at the farm in Sjöbo.
"The organisation works a lot better now and last year I decided together with a few of my owners to do a bit of a makeover. The horses we had weren't of that sort of caliber that we wanted and not a lot was going on. So we bought some younger stock and the stable looks much better now".

Are they promising?
"Yes, but every trainer says so. We've gotten to a point where everyone has good horses. The breeding has improved and overall I think the horses racing now are much better than just five, six years ago. But still, my two year olds look stronger and more even as a group than what I've had before and I'm looking forward to racing them".
So the next goal is 'Trainer of the year'?
"Yes of course ha ha. The most important thing is to be successful and to improve. I think I'm a much better trainer today than when I started. You learn from your mistakes. I might not become 'Trainer of the year', but of course those are the things you dream about when training horses".
But when you earned SEK 3.5 millions as a driver in 2014, you didn't think you'd be 'Driver of the year' three years later either?
"No that's true. You never know".
Where do you see your stable in three years, top 10 in the country?
"That will be hard and it's not the goal I have. My goal is to improve the numbers and hopefully win one of the major races. If we are top 10 or top 20 doesn't really matter".
For Eriksson to defend his driving title this year looks like a long shot since he hasn't been able to win all the big races he won last year and 'only' made SEK 14.8 million compared to last year's SEK 27.7 million.
"No that will be tough even if I think I've had a good year. I haven't had any Twister Bi who keeps winning all those big races, or any Diamanten. But I've won some semi big races".
Did you get any new clients among the trainers after winning the driving title?
"No, I wouldn't say so. I get some more drives each night, but of the bigger trainers it's only Petri Puro I really drive for on a regular basis".

"You can feel her class"
That's a client he once again will work for on Saturday when Eriksson for the fourth time will drive super mare 4 Cash Crowe (V75®-7).
"She's a very cool horse. Watching her from the side I got the feeling she was a bit of a trouble maker, but when I sit behind her I feel that she's a very intelligent mare".
How do you feel that she's better than a 'regular' horse?
"You feel it as soon as you grab the lines. The authority she has, you can feel her class. Not many horses have that power".
Is her abilities comparable to Twister Bi's?
"Yes, she's absolutely of that same caliber. She's still unexperienced and the race Saturday is by far the toughest she's been in so far".
Did you guys know it would be that tough at the time of entry?
"Yes we knew that both 6 Propulsion and 2 Cyber Lane was going to enter".
That wasn't anything that scared you guys?
"You can't ask her to go out and beat them. But on the other hand I can drive her accordingly, give her a nice trip and let her stretch out at the end. Maybe she's good enough to go with them the entire way. Petri wanted a test to see how good she is and that's exactly what we'll get here".
You tried a new sulky on her in her last start, how did that turn out?
"Yes, a Swedish version of the American sulky and it turned out very well. I assume that she'll race in it again and that no other changes are planned".
How do you rank Cash Crowe among the horses you're the regular driver of?
"Of the ones I drive now she's the best, the one who could race in the very elite. I'm very excited to try her against these horses" says Christoffer Eriksson.

Here are Christoffer Eriksson's comments on his other V75 drives:
"2 R.G.'s Thunderbolt (V75-1) is a horse I've never driven before and I haven't talked to Ola (Samuelsson) yet so I don't know any more than the bettors at this point".
"3 Timo Lane (V75-2) is a strong and tough horse who I won with in his last start. We got lucky and got the lead but he doesn't have to apologize to anyone for winning that and he felt good the entire race. I think he's good enough for V75 too if he gets the trip he needs, which means not doing too much work himself. The lead would be good, but he's not a horse you can just throw the lines at so we'll see how he feels once we're behind the gate. Even if he's made a few breaks I don't feel that he's not safe, he just needs a bit of help along the way".
"6 Fabriz Boko (V75-3) should be able to step out of there pretty well and get to the pylons where he likes it best. Then he should be able to handle three kilometres too. His only win is on the front? I don't get the feeling he would be improved on the front and considering the horses he's in against, I would say he'd be better off with a ground saving trip, but it's too early to talk tactics already".
"9 Bonnies Celebrity (V75-6) is a horse I've won on V75 with for a previous trainer so it will be nice to catch up with him again. i know he's done well under saddle lately but it's hard to say how he'll do in the sulky based on that. He's a nice horse to drive so hopefully he can do well here".