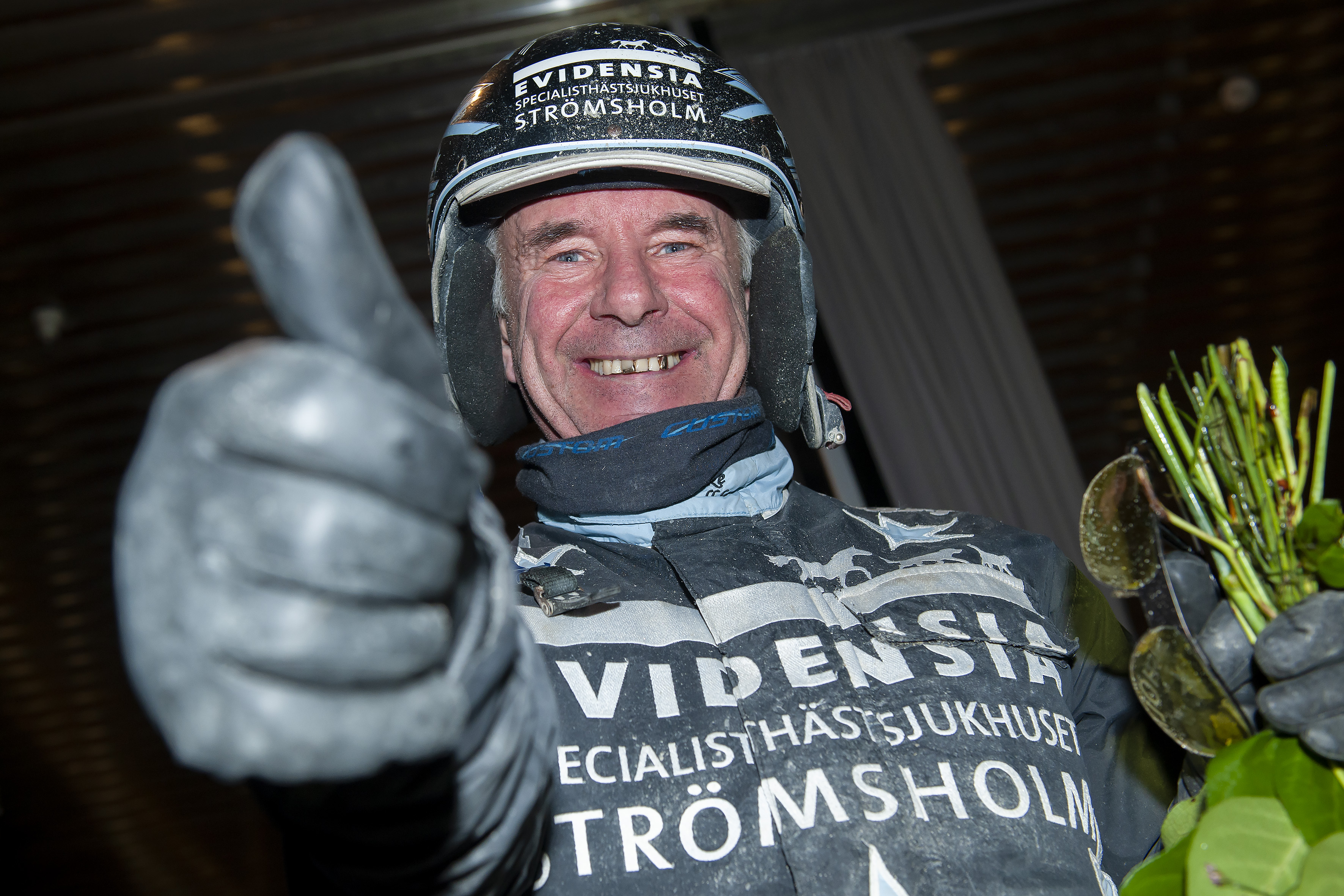 Catapult starter, good post position, hometown track.
It looks all set for Chapuy in Örebro.
"The conditions this time are very good. It will be tough for the opponents and I believe he has a very good chance to win" says Åke Lindblom.

The Örebro licensed trainer sends out two starters on V75® as it comes to his hometown on Saturday. His best chance comes in the fifth leg where Chapuy goes out in the silver division. The quick six year old won in a low 1:11 two starts ago and hung on well last time to finish second on V75 at Färjestad. Chapuy finished second there behind Rushmore Face in a new lifetime best 1:09.6 on the short distance.
"Chapuy (V75-5) was very good in his last start and that was one of his best efforts. It was a long battle for the lead and he hung on great and trotted under 1:10" says Åke Lindblom.
"He has trained as usual after that and he trained today (Monday) and felt very good. I think he's in top form now".

"Everything looks very good - post position four is what I would have wished for"
Lindblom is very pleased with post position four behind the gate over the short distance. The tactic is a no-brainer for the catapult starter and the trainer is not known for being shy when talking about his chances.
"The conditions are fantastic. Had I gotten the chance to make a wish, I would have wished for post four. It's a very good post position to start from behind the gate in Örebro. He's so quick out of the gate and if all is well he should have a very good chance to take the lead".
"Everything looks very good and in the lead he can set a high pace. It's the shortest way to the finish line and it would be tough for the others to go on the outside and beat him. Hometown track, a good chance to get the lead and a horse in good form. It can't be much better and I have to believe I have a good chance to win. No changes, he will race barefoot all around again" says Lindblom.

The warning: "He might have a small chance"
The hometown trainer has another V75 starter and that is Rocking Flax in the fourth leg. He comes from a win in his last start and he has finsihed top three in four out of five starts this year. He now returns after some time off and he hasn't raced since he won at Åmål on July 26.
"Rocking Flax (V75-4) got kicked on a hock in the field and was off for a while. But he's been training well for some time now and he's a pretty good horse. He's a big horse and I hope he will have a good fall season. I trained his mothier Caddie Athena and she was a very nice mare. This horse is up and coming and even if he drew post eight he is pretty quick out of the gate. If I can find a spot somewhere he might have a small chance. No changes".