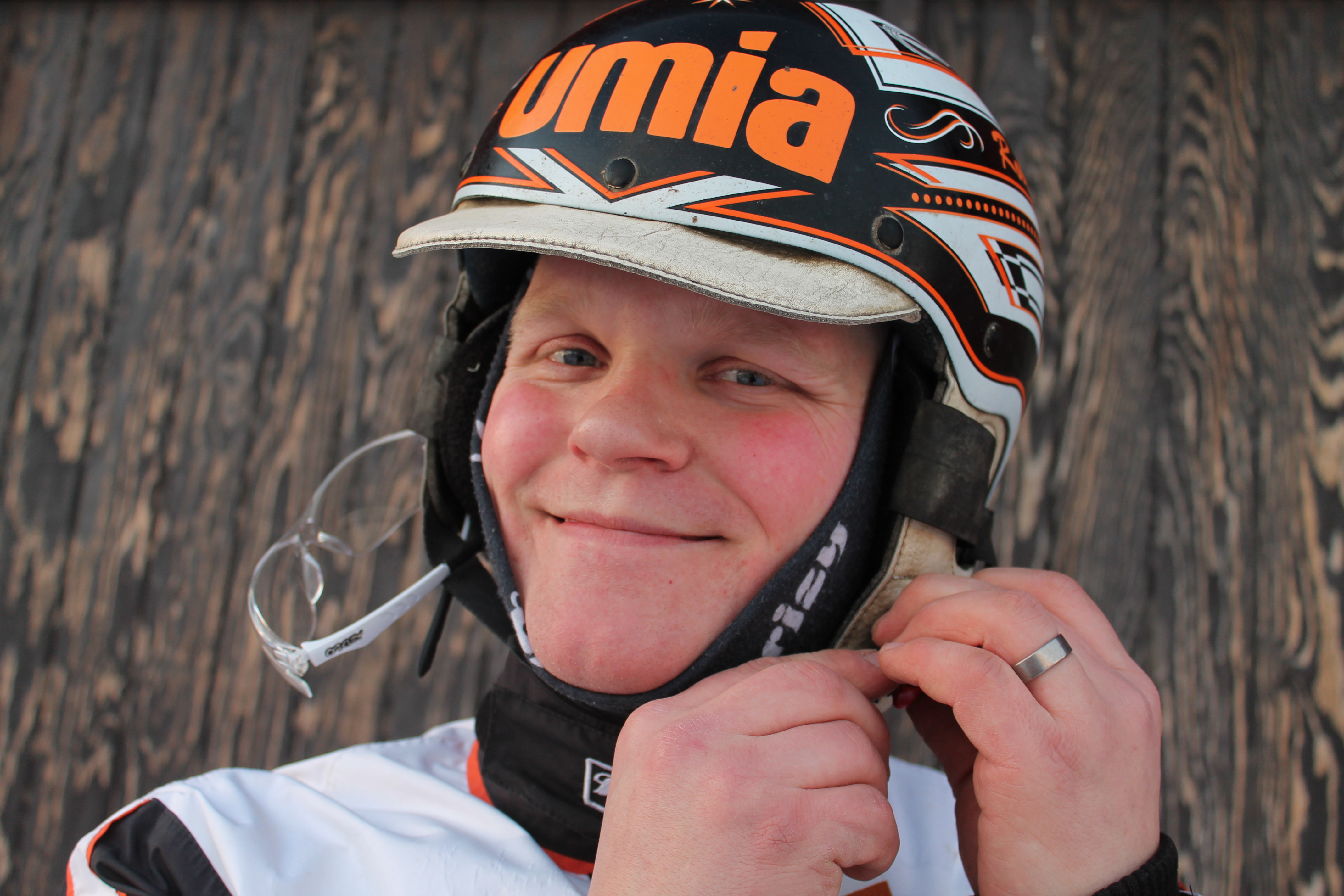 V75®: Time for the luck to change for Dunder

Almost a year ago his stable burnt down in a fire at the farm.
Robert Dunder hasn't had any luck this year either with a broken wrist and sick horses.
He is now returning to the race bike to drive his very capable Pleasure For Cash on V75®.
"If he stays flat I won't be surprised if he ends up battling for the win despite the post position" says Dunder.

The Umeå licensed trainer has a year plagued by bad luck behind him. It all started two days before Christmas Eve last year when his stable burnt down at the farm in Sävar. The combined garage and stable building caught fire and was gone within an hour. People and animal all got out unharmed but the material damage was devastating. Robert Dunder moved his horses to Umåker racetrack where he has trained all year. The new stable is almost finished and ready to move into, but it has been a delayed process.
"Building permit in Umeå is not the easiest thing to get done. But they are working full force at home now and it's almost finished. We are just waiting for the stalls to get installed and I hope we can bring the horses back home and move in around Christmas. That will be such a nice feeling" says Dunder.
What caused the fire hasn't been determined.
"We don't know for sure what caused it but most likely it was something electrical. Maybe a rat has bitten off an electrical cable".
"It was of course very sad when it happened but something good came out of it, now we will have a new and modern stable which looks very nice and it will be great when it's all finished".

Broken ribs and broken wrist
Despite last year ending badly for Robert Dunder, he still had his best year as trainer. With a small stable he ended up with earnings of SEK 2.2 million and 30 wins and with an impressive win percent of 24. Horses trained by him won in every fourth start they made.
"It was my best year on paper yes. But this year hasn't been all that great" Dunder says.
"My horses have been sick that's why we haven't gotten up to last year's numbers. One of my best horses Even's Cool Boy had a sore tendon but he's back training and he feels good now. He will be back racing in the spring".
"Then my wife Sara got kicked and broke a couple of ribs three months ago. Just as she was getting back to work I got unseated and broke my wrist".

On sick leave for two months
The accident Dunder alludes to happened in a warm up at Umåker. The 34 year old trainer pulled out the earplugs for the first time on his horse who got scared and started kicking. Robert Dunder was unseated and rushed to the hospital by ambulance.
"My horse got super scared and just started kicking. My wrist was broken but it didn't need surgery or screws or anything. I had to stay home from work and rest for two months and it has healed very well".
"I had to take it easy the first couple of weeks, but after that I have been able to train my wrist back up to normal strength again. My hand feels good now and I'm ready to get back to driving, it will be fun" says Dunder who will return to the sulky in Boden on Friday.

"A real good horse with lots of ability"
After the races Friday night Robert will make the trip to Sundsvall to race at Bergsåker on Saturday.
He will bring Pleasure For Cash, a five year old son of Ready Cash who trainer Dunder has praised a lot before. He has won six out of 20 starts but also made a lot of breaks. He is owned by a group of people including the CEO of Umåker racetrack, Mr Robert Karlsson.
"Pleasure For Cash (V75®-2) is a real good horse with lots of ability. He is very nice to work with and he loves his job. I would say he's got more ability than Even's Cool Boy but not the same head".
"The breaks that he has made have been due to different reasons. I think he has gotten more safe and confident in himself lately and in his last start I tried an American Sulky on him for the first time. Even though he won I wasn't completely satisfied with him" says Robert Dunder.
"He didn't have that bounce to his step so we went over him and also treated him. He never really got any longer period of just training before but he did now and I'm very pleased with how he feels. Three weeks ago I trained him a heat at the track and I was happy with him and he has kept on training since then. He feels very good and lively and wants to get back to racing again, just like I do, haha" says Dunder.

"I hope the luck changes - not chanceless"
Pleasure For Cash had no luck in the draw and ended up with the worst possible post position twelve behind the gate. The distance is 2,140 meters and trainer Dunder hasn't given up.
"You never think you have a great chance to win from post twelve but my horse is very good and if he stays flat it wouldn't surprise me if he ends up battling for the win. Of course he will need things to go his way from that post but if they do, he is not chanceless. He always races with shoes so the barefoot ban doesn't affect him. He will race in an American sulky again unless the track would be really bad".
"Luck hasn't been on our side this year and I hope it will change for next year. Hopefully it will start already on Saturday".