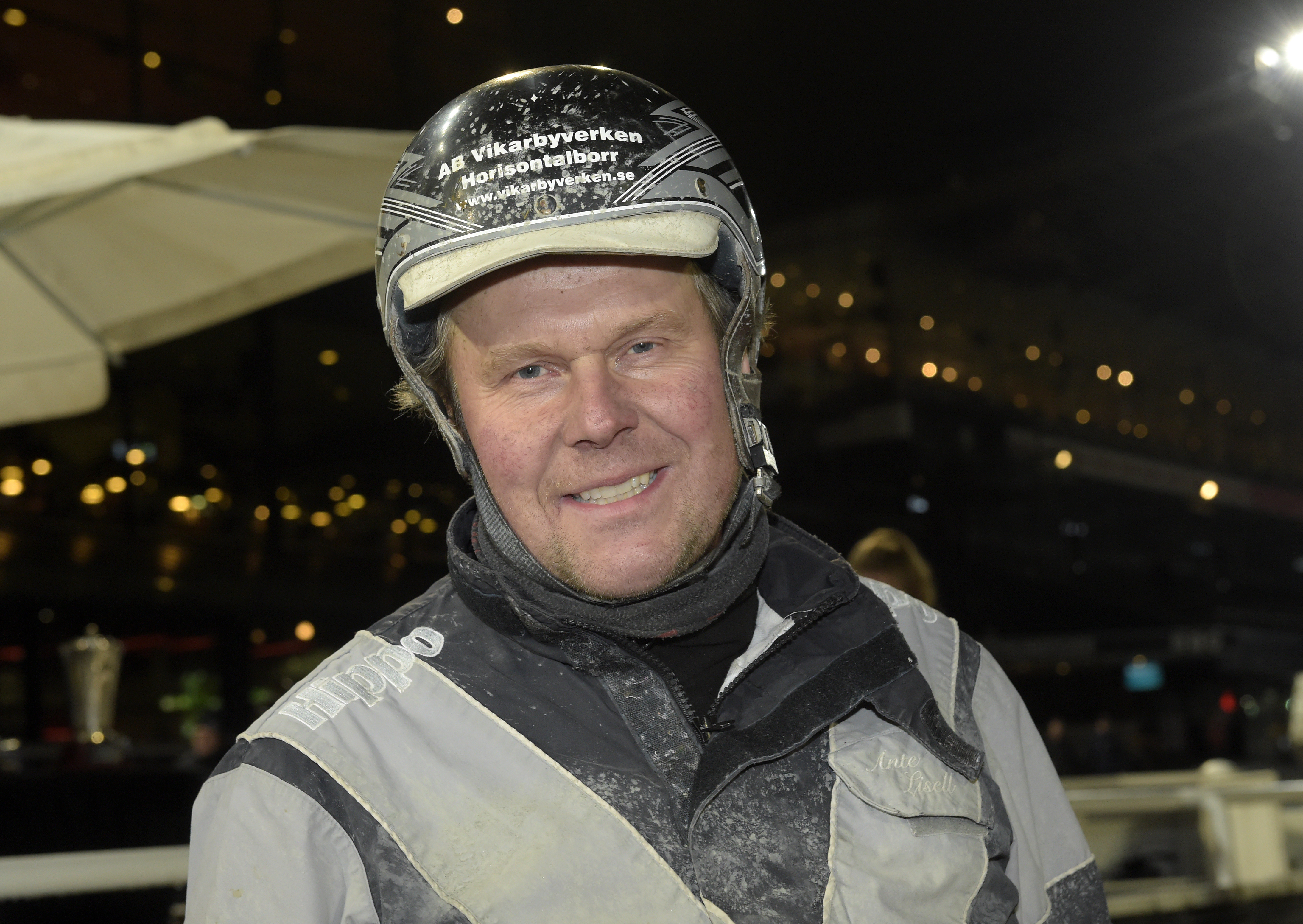 V75®: Training in the forest and plowing snow

A hard working couple enjoying more and more success.
Tina and Ante Lisell have been seen frequently on V75® during this past winter.
"There aren't many sports where you can still improve after you turn 55. You just have to be very stubborn" says Ante Lisell going into this Saturday's V75 where the couple has a chance to win both in the bronze and the silver division.

They met over 20 years ago and have trained horses together ever since.
But the amateur couple from Rättvik has never experienced success like they are doing right now.
Super Zantos and Perfect Dynamite have been seen on V75® frequently during this winter and the Lisells got their victory at Solvalla on February 9 when Perfect Dynamite swept the track with his opponents and won SEK 200,000.
To put that in perspective, the couple had their best season so far in 2018, with SEK 800,000 in earnings.
They're already halfway there, only two months into the year.
"This year has been fantastic so far. Even though I think we've had some bad luck too. Had I not pulled the earplugs on Perfect Dynamite at Bergsåker in January, he would have won on V75 already then instead of making a break".
How do you explain the success you are having right now?
"I guess it shows that we train the right way".
How do you train?
"We train the every other day but only in the forest. That's something we've learned over the years. When we started out, we trained them way too fast. Now we just train strength and endurance, we train very slow. If you train slow but a lot, then you get strong horses. They can go fast in the races instead. It also makes it possible to race them more frequently. Super Zantos had 36 starts last year, which is incredible. I've never had a horse who could make that many starts in a year, Mr Vole made 24 starts one year but 36 that's a whole different story. But for that to be possible the horses have to happy, that's very important, if not you'll never get any good results" says Ante Lisell whose father Folke was one of the first professional trainers at Rättvik and it was at his stable Jim Frick started as a young kid.

Plowed snow all night
The son didn't get sucked into the world of trotters though.
"I was helping out in my dad's stable as a kid and got my driver's license when I was 18 but then I got tired of it and quit. I didn't start with horses again until I met Tina.
They both have jobs aside from the horse. Tine works with assisted living and Ante operates a number of different vehicles. Rättvik got a lot of snow Sunday night and early Monday morning which meant his phone started ringing.
"I was out plowing snow until 4:30 am. Then I came home to sleep for a couple of hours" says Ante who seems to enjoy it though.
"I work by the hour so it's never a problem when we have to go race our horse. In the summer I drive a truck and an excavator".
With all the success they've had lately you might wonder if there are any plans of going pro, training horses full time.
"No, we have no such plans. I don't like being in school and there are a few classes I would have to take first. If one of us would get a professional license it would have to be Tina, but she doesn't want to. So we'll keep doing it this way, it's nice to get a paycheck too".

Aiming for the lead
Saturday's paycheck could be SEK 275,000 if both horses would win.
And Ante Lisell is no stranger to the thought of it.
"It looks very interesting on paper since both horses drew almost perfect post positions".
First to race is the iron horse Super Zantos who with two seconds and five thirds is still waiting for his first win on V75.
He is, with 145 starts, by far the most experienced horse in the field.
"He's so good, he makes up for me being a bad driver".
Are you that bad of a driver? Haven't you improved a lot over the last few years?
"I hope so. I made SEK 800,000 driving last year, which I've never been close to before, that says a lot. I have a lot to thank Zantos for, like getting the chance to drive on V75. You learn with time. There aren't many sports where you can still improve after you turn 55. You just have to be very stubborn. The best driver right now are around my age".
How do you look at his race on Saturday?
"It looks interesting. The two times where he's gotten to the lead on V75 this winter, he's stood up very well for himself finishing second and third. So I hope to get there again. He keeps getting better and better and maybe he'll get his win soon".

Drove too slow last time
Perfect Dynamite was made the huge favorite by the bettors in his last start but he couldn't hold them off after having set the pace on the front end.
Why wasn't he as good as he's been before?
"Honestly I'm not so sure he wasn't as good. Rikard N Skoglund drove him for the first time and he told me after the race that he thought he drove too slow on the front end. I think he has a point. My horse doesn't have that top speed, for instance I've ever raced him on 1,600 meters. Usually he starts to speed up with a kilometer to go, but now they didn't start sprinting until the last 600 meters, with the stretch going incredibly fast, around 1:08 speed".
If you look at the times alone, he does have a point. When Perfect Dynamite won at Solvalla he trotted 1:13 the last kilometer. When he lost in his last start he trotted 1:11.3 the last kilometer.
"That win at Solvalla probably looked a bit more impressive than it really was. The track was very demanding that day and the other horses got extremely tired. The track that day was very much to his advantage. Winning by eight lengths on V75 isn't normal. We were actually happy with him finishing second in his last start, he qualified for the final at Solvalla".
But that doesn't mean the Lisells will settle for second this week.
"Of course we hope he will win. He's quick in 'volt' start and post two is good, our horses usually leave well from that post position. The fact that Rikard has driven him before is something I see as a huge advantage, now he knows the horse and can drive him accordingly".
So you hope for a demanding track again on Saturday?
"No, not really. Even though it would be an advantage for Dynamite, Zantos doesn't like it. He wants a fast track".
Is the form still good on both horses?
"I'm sure it is. We've trained them the way we always do and they feel good. They both eat well and look happy".
Any changes planned?
"Super Zantos races with his super light shoes all year around and in an American sulky and with his pull down bridle. In 'volt' starts he needs a pull off earhood, now when we start behind the gate he can race with pullout earplugs, so just a minor change on him".
"Perfect Dynamite has raced in a regular sulky the last three starts but before that he raced in an American sulky for three starts. It's up to the driver this time. If Rikard wants to race him in an American sulky he may. Had it been me driving, I would have raced him in it even if it's 'volt' start. We'll race him open and with lightweight shoes again. At Bergsåker the track was very hard, so I had to put a pair of pads on him too, but they're gone now so he'll race the way he did at Sovalla".