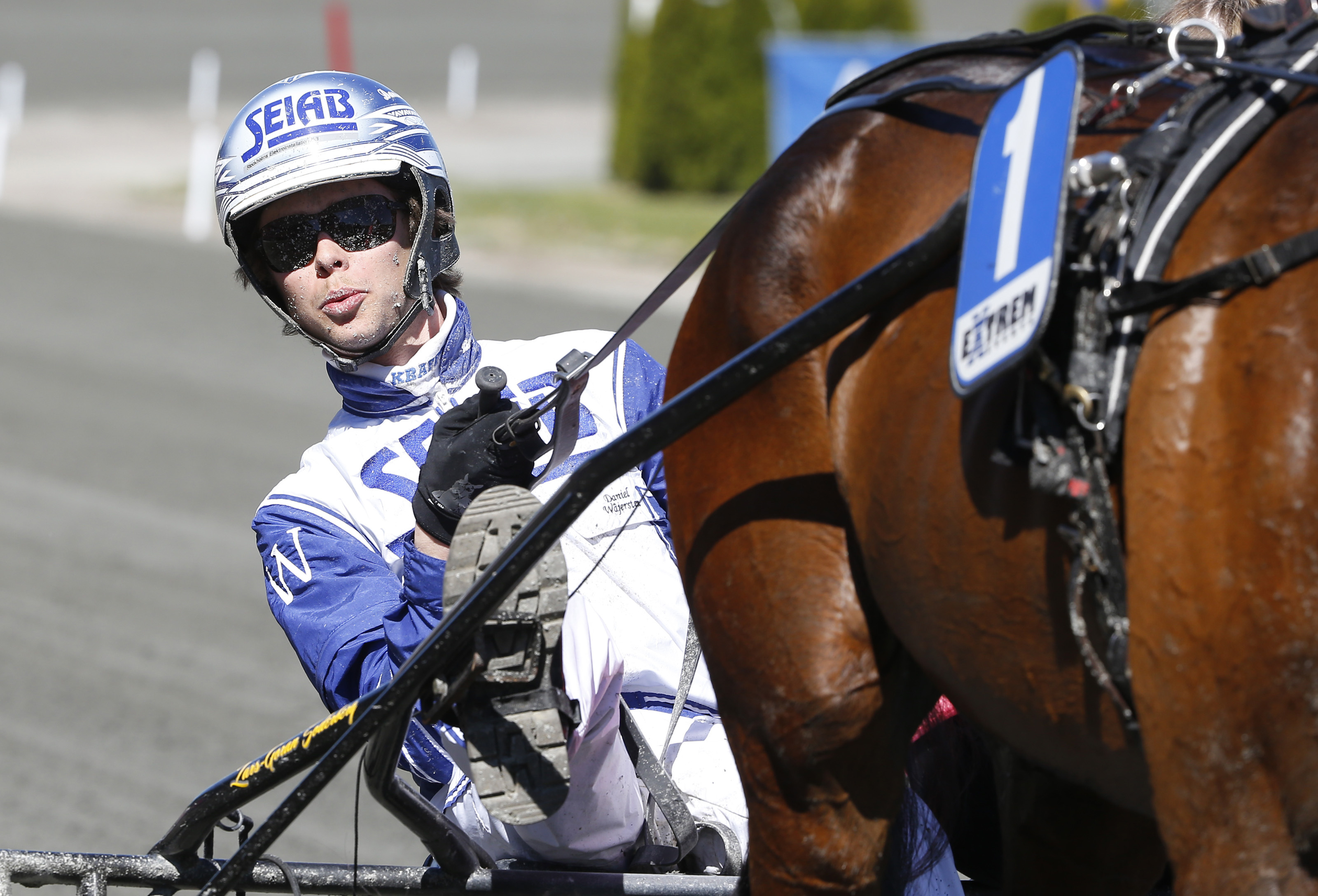 He has more than doubled the earnings from last year - for the fourth consecutive year! Over SEK 8 millions in driving earnings.
The life as a horse trainer and driver is going very well for Daniel Wäjersten and on Saturday he is in the spolight with six starters from his stable and two catch drives when V75 comes to his home track Bergsåker.
"None of my horses are racing only because it's V75 at our home track, they all have a chance to win. We have a strong roster and I hope we can get at least one win on V75" says Daniel.

SEK 6.1 million in earnings to the stable and another SEK 2 million as driver is Daniel Wäjersten's results for 2020 with less than a month left of the year.
"The horses have been good all year and I think we have delivered as well. Many of them have done well on V75 and I'm actually happy if we can keep these numbers up for next year".
"You should always aim high, but I think this year has been so good that we don't have to set a higher aim for next year, but of course the goal is to make as much money as possible" says Wäjersten.

A tough choice and an easy one
On Saturday the trainer has two horses in the bronze division as well as in the gold division which has put him in a delicate position that far from all trainers will ever experience when it comes to V75.
"Sure it's a sick feeling sending out two horses in the top class in the premier league of trotting. It's not something I reflect over every day, but I didn't expect things to go this well when I thought about the future five years ago".
"I had a very tough choice between J.H. Mannerheim and Esprit Sisu in the gold division since there's pretty much nothing separating them right now but this time I picked Esprit Sisu. Next time they end up in the same race it might be the opposite - it was a tough choice and I basically just had to pick one of them. I'm happy we got Ulf Ohlsson as a replacement on the other horse".
"The choice between Algot Zonett and Merritt in the bronze division was much easier. Algot has a history of being difficult and being close to making breaks at anytime. Now when we got him on the right path I had no thoughts of changing anything so Per Lennartsson will drive Merritt for me. He is easy to drive so he will do just as good for someone else as he does with me driving" says Daniel.
When we ask Daniel to tell us who is best chance is on Saturday he can't really come up with a name.
"It's very hard to name a single horse who has the best chance. We have six strong contenders from our stable who all can win if things go right. Overall I think we have a very strong roster for Saturday and we have to hope that some of them get the right trip so we can at least get one win" says Daniel.