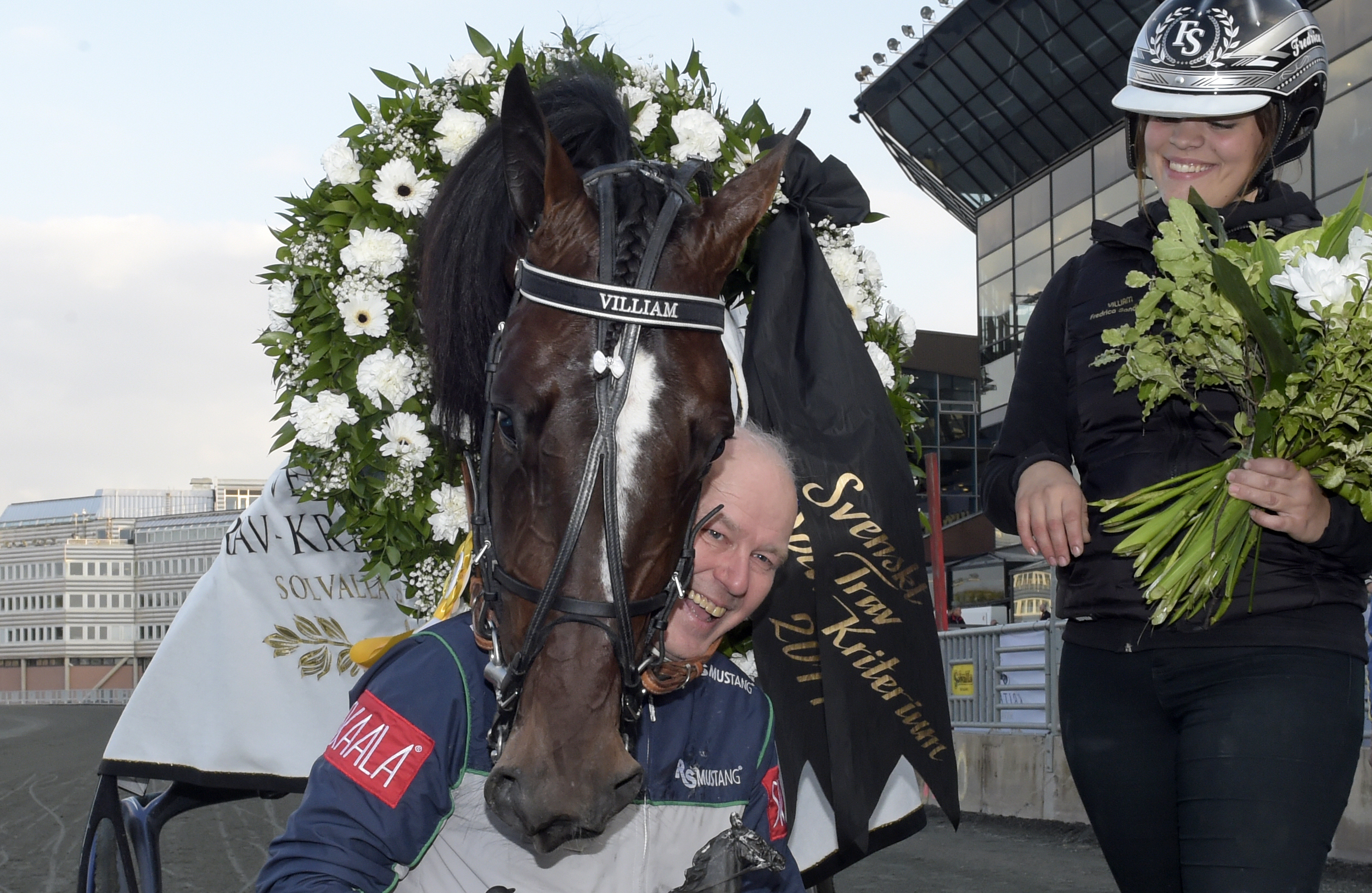 Wednesday marks the start for V75® Summer Heat with one of the most interesting race nights of the year.
The time has come for the Derby eliminations at Jägersro and the current Derby favorite Villiam will make an interesting start following the setback in his last start where he made a break.
"He took a bad step and sprained an ankle. He feels good again and I was very happy with him last time I trained him" says Timo Nurmos.

V75® Summer Heat starts on Wednesday which means V75 four days in a row. It all culminates with a multi jackpot at Bergsåker on Saturday where Readly Express is racing in Sundsvall Open Trot. As of today (Thursday) the jackpot is currently at SEK 24 million, but more money could be added to that during the week, should there be more jackpots.
But before that we have one the most exciting race nights of the year to look forward to. Derby eliminations will add an extra spice to V75 on Wednesday night where the eliminations to the mare Derby also are being raced. The best four year olds in Sweden will battle for the twelve spots in the final. The top two finishers of each heat will go through to race in the Derby on September 2nd at Jägersro and have a shot at the SEK 2 million.

"Have trained in 1:20 over 2,100 meters - I was pleased"
Villiam has been the favorite to win the Derby ever since he won the Kriterium last October in a new world record time and was very impressive. The king of the crop made his first start of the four year old campaign at Rättvik where he finished third. He followed up by making two breaks in his last start at Eskilstuna. That was the first time Villiam ever made breaks in a race, both at the start and when he had just caught the field after 900 meters.
"Villiam (V75-1) must have taken a bad step going to the gate in his last start and sprained an ankle. I gave him a little break after that and he trained back again a few weeks ago. Last Thursday I trained him over 2,100 meters and he felt good. I was pleased with him" says Timo Nurmos.
"The Derby and the Grand Prix de l'UET have been the goals for him all year. We suffered a little setback in Eskilstuna and he had to rest after that but I still think he's back in good form from what I can feel in training. He's bred a lot this past winter and spring. I don't know the exact number but he's covered over 100 mares and we've sent semen all over the world".

"Inside post is good - he can leave fast"
Villiam will be the huge favorite in V75-1 on Wednesday and he drew post one behind the gate.
"The inide post is good for him and he can leave fast which he showed in the Kriterium. I haven't decided on shoeing yet. He'll either go with all four shoes or no shoes at all. Of course I have to optimistic, I always am with this horse" Nurmos says about Villiam, a winner of SEK 4.1 million so far in his career.

"Was incredibly good - could be first time barefoot"
Timo Nurmos has won the Swedish Derby three times so far. The winning horses were Sahara Dynamite, Beau Mec and Readly Express. He comes fully loaded to this year's eliminations with six more horses trying to make it to the final of the 2018 Swedish Derby. He also has two mares - Mattie and Hevin Boko - trying to make it to the mares Derby, but they're not on V75. Here are Timo's comments on his horses in the Derby eliminations.
"Mellby Fire (V75-2) has had some bad racing luck lately but is also a tricky horse and he's made a few breaks. He's training well now and his got enough ability. He has a good post but he's in tough here".
"S.G. Charpentier (V75-3) is under development and in good form. He got a way too tough trip in his last start, being hung on the outside after leaving hard so we can forget that start. In the start before that he finished well from the back of the field. Unfortunately he drew a bad post here and the better ones drew better posts".
"Västerbo Pokerface (V75-5) is tough and strong and under development. he was incredibly good when finishing second in V75 in his last start after a tough trip and the way he feels in training he's just getting better and better. He doesn't have the experience of these types of races but he a good post position and we could taking some weight off for this start. Possibly barefoot for the first time. I think he will race well and it's not impossible that he makes it to the final".

"The best race of his career"
"Eelis (V75-6) is in very good form and it's just been bad luck that he made breaks two starts in a row. In his last start he finished third on V75 after being pushed out wide in the last turn and then being locked in. He can leave well and I hope he behaves again. If he does, that can take him far here but I don't know how far. He trained today (Thursday) and he was good".
"Harrington (V75-7) has raced well many times but he's gotten even better this year. He won his first start of the year and in his last start he finished second on V75 where he had to go wide to get around the field. That was the best race of his career. This is a tougher field and I'm anxious to see how he stands against these horses".
"Aventador S.F. (V75-7) took a bad step and made a break turning for home in his last start on V75. He would have been right there in the photo without that bobble, he raced well and trotted a good last kilometer. Two starts ago he won by open lengths and the start before that he made a break but the driver took responsibility for that. He has plenty of speed and that could take him far in here even if he has a bad post position".