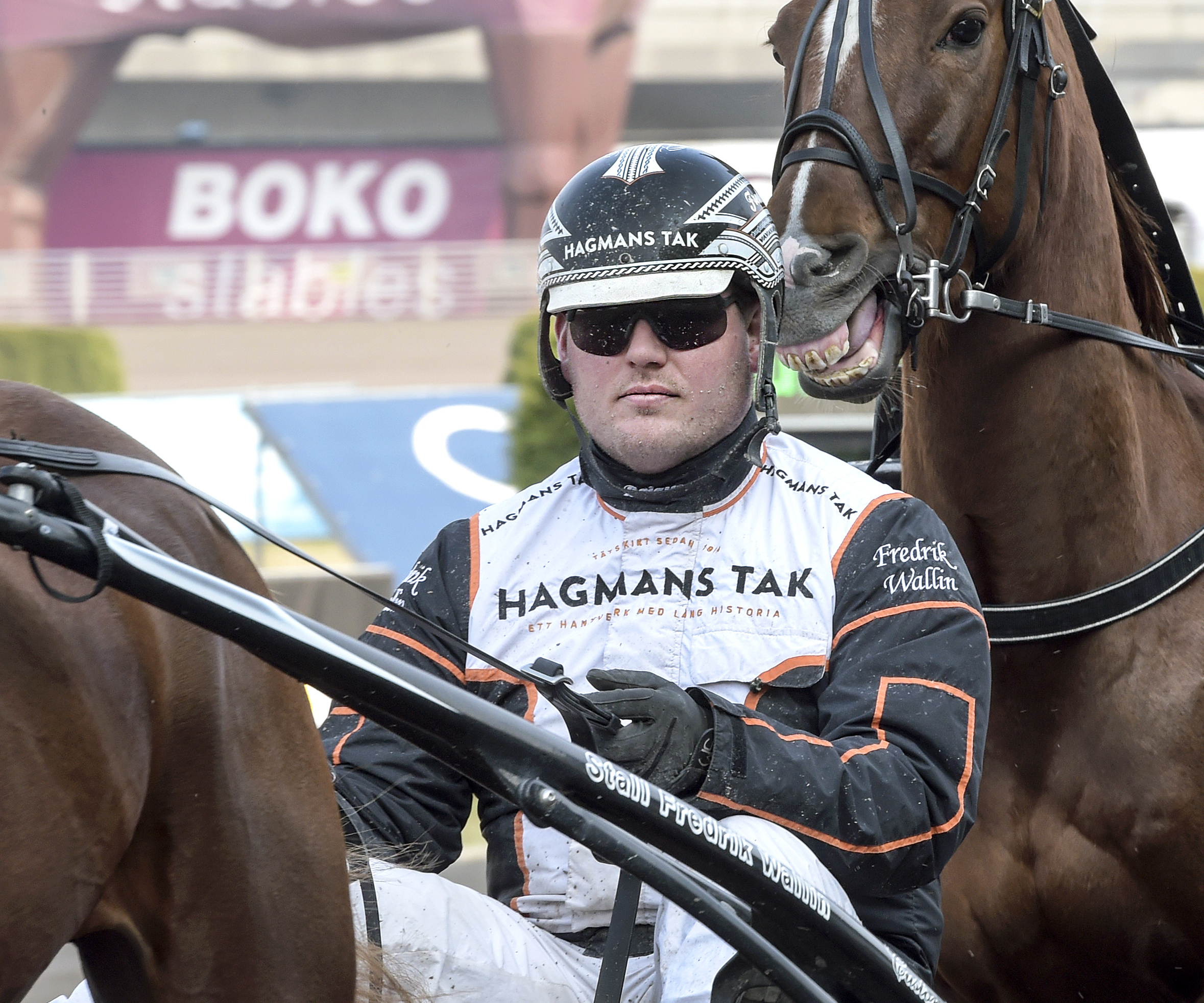 V75® Winter Burst (Wednesday): Timber on his way back

In France, four-year-old Sayonara is racing well.
At Örebro on Wednesday, trainer Fredrik Wallin is racing an interesting three-year-old.
The promising Timber is on his way back in form after a long layoff.

V75 Winter Burst is moving along and after visits at Momarken and Skive, we are back in Sweden on Wedensday when Örebro is hosting the popular betting form.
Gävle-licensed trainer Fredrik Wallin makes the trip down to Örebro, after having seen four-year-old Sayonora race in Paris. The mare finished an honorable fifth in Critérium Continental last Sunday after having finished second in her first start at Vincennes.
"I am very pleased with her. She raced well even if she lost some ground at the end. She felt great before the race and she seems to really like it down there".
When is Sayonara's next start in France?
"I'm going down next week to train her and then we will see. She will make one or two more starts in France. The race we are looking at next is Prix de Croix on January 15".

Timber coming back well
The one year younger Jocose colt 3 Timber (V75-3) could be the next top stakes horse from the Wallin stable. The chestnut colt started off his career strongly last year as a two-year-old and early in his three-year-old season, but an injury made him miss most of this year. Timber has made two starts after a nine month long layoff, but last time out at Solvalla he 'only' finished sixth.
"Timber feels very good. There was too much time in between starts and he hadn't gotten any heats on the racetrack either, it was also bad weather that day which he didn't like and I think that's why the horse didn't race all that well". He injured a tendon early in the spring, which is why he was off for so long. I definitely think he will be better with these two starts in his legs, it felt that way when I trained him Monday morning".
Is this a horse you have high hopes for
"He has a lot of speed and you hope he will keep progressing, even though you know how hard it is to take those last steps into the the top of crop".
He should have a good chance to win this time, then?
"Honestly, I haven't really looked what he is in against but I saw that he drew a good post position and he should be good enough for the class he's in as long as he doesn't run into any superstars".
Team Wallin brings three more horses to V75 Winter Burst at Örebro. 2 Feel The Benefit (V75-4) got tired in a leg of Klass 2 at Bergsåker in his last start, but the conditions for him good here, being one of only three horses on the starting distance in this long-distance race.
"He didn't like that track last time. The Bergsåker track was extremely hard and he has sensitive hooves. I'm convinced that was the reason. He feels good warming up but when the track is too hard he just doesn't race well. We are putting a new kind of pad on him upfront for this start, which we hope will help him. He feels good in training and I'm pleased, we drew well and it's not impossible that the driver wants to race him in the lead" Fredrik says.

Still racing in a low class
In the mares race, the Wallin stable has two starters. Four-year-old 4 Nikki Minaj (V75-6) has made five starts for Wallin and has finished top three in four of them. Six-year-old 10 Ies Juvel (V75-6) has acquired tougness from racing against good horses but she starts with a 20 meter handicap here.
"Nikki Minaj feels good, she has raced well for us even if she was a bit rough gaited at Solvalla. We have given her nice trips since that's how she has raced best prior to coming to us but I think she raced well in her last start, she got a tough trip and was out wide in the turns".
"Ies Juvel raced on a deep, sloppy track in her last start and she just doesn't like that. Except for that, she has been very consistent and she has been in tough lately, she is good but she also needs some racing luck from there".
Do you think either of the mares is a bit hotter for this start?
"Nikki Minaj has a post position that should give her the better trip. She has shown good form and I actually think she is still in a low class compared to her abilites".