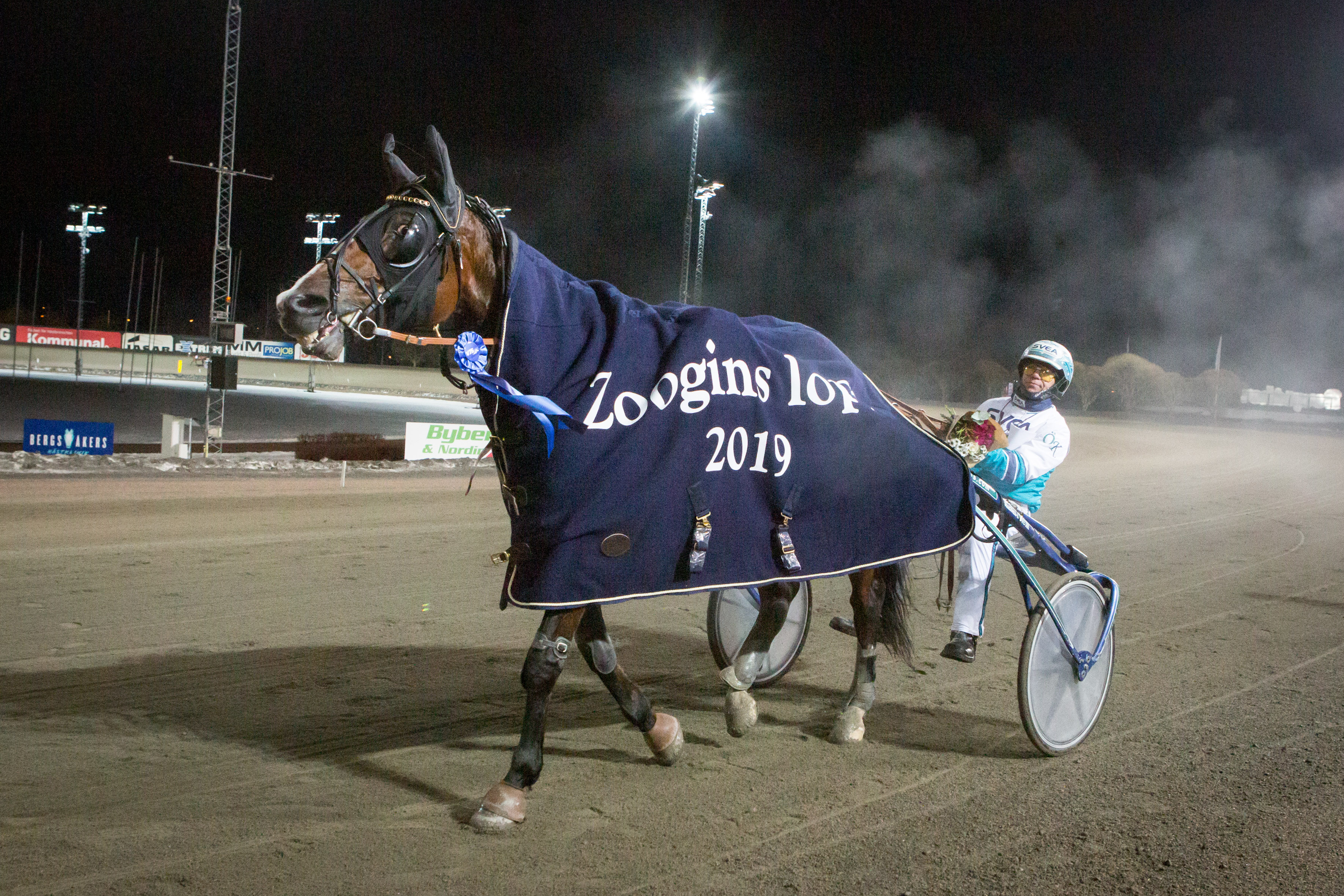 Readly Express is in France as the defending Prix d'Amerique champion from last year.
Meanwhile another one of Timo Nurmos' stars is dominating domestically.
Zenit Brick will be the huge favorite on this week's V75® after a very impressive effort in his last start.
"We have several good chances on V75 but Zenit Brick is the best chance" says Nurmos.

The Solvalla trainer does not only have Readly Express in 140 horse stable. One of the best horses in the stable is Zenit Brick, who is closing in on SEK 5 million. The Nurmos star has won impressively several times in the gold division and in his last start he looked fabulous when he won very easily.
"He looked very good and won without being tired. It must have been one of his easiest victories" says Nurmos.
An interesting race card awaits at Solvalla on Saturday. Timo Nurmos has seven horses racing on V75® at his home track.
If we start with the gold division, Zenit Brick will be the huge favorite after his impressive victories lately. He drew a perfect post two behind the gate, will be driven by Mika Forss and the question is, how far behind the very elite is he right now?
"Zenit Brick (V75-3) is not far at all from the elite. He recently beat Propulsion after a tough trip where he was three wide for the first 700 meters and parked outside the leader for the remainder of the race. He finished second to Nadal Broline who was on the front and I think that was a heroic effort" says Timo Nurmos.

"New bridle - eye hood with blinkers"
"He often draws bad posts and gets tough trips. Now he finally drew a good post which was nice. He had raced in a blind bridle before and last start was the first time I tried him in a different bridle, an eye hood with blinkers. It sits closer to the horse's eyes and gives a better effect than a regular blind bridle. It also sits well on the horse since it's a hood that's on the horse's head".
"I've had different kinds before but this particular one I actually bought in Lexington, KY. We might use the same bridle again, but it's too early in the week to say for sure" says Nurmos.

"Won despite a flat tire in his last start"
What do you think of the chances of your other V75 starters?
"Sebastian Journey (V75-1) has made three starts after a layoff and he's in very good form. He's gained more self confidence and is relaxing better in the races. He never got out in his last start which was too bad, he looked loaded. Now it's a long distance race which I don't think will be a problem. He's a fast leaver and I'd like to see him on the front end".
"Dallas Brick (V75-2) is a younger brother to Zenit Brick who has developed nicely lately. In his last start he won despite racing with a flat tire after he got run into in the start. It was very impressive to still manage to win the race. Post three is good and he can leave pretty well. I'd like to see the driver at least try to get him to the front".
"El Fitzgerald (V75-4) is a new horse who makes her first start for us here. She finished fourth in the V75 finals in her last start and came to my stable the same night. We haven't had her for very long but she's a nice big mare who seems strong and tough. Starting with a 20 meter handicap is always tough and the driver has to find a good position. Post four is not the best for a big horse but she feels safe to me. She's strong in training and should have a bright future".

"He is due for a win"
"Victory Topline (V75-5) is in very good form now and it was unfortunate that he made a break in his last start. He has a long gate and he knuckled over when the driver asked him to leave. He got spooked, because he's never taken a bad step in training or racing before. He recovered well and looked good. He had trained very well before that start so we'll give it another try. He'll start in the second tier here but he's won from behind before. He's one of our best chances on Saturday".
"Erik Sting (V75-6) finished incredibly fast in his last start. He was sitting last turning for home and he was flying down the stretch, he's in very good form. He's really due for a win but he often struggles with bad posts and no racing luck. Post eleven is not easy but the long distance helps. He raced with the same bridle as Zenit Brick in his last start, an eye hood with blinkers and we might use that same bridle again".
"Hawk Cliff (V75-7) had no luck at all in his last start. He was hung out three wide before ending up parked outside the leader and made a break at the end. We'll just forget that start. He's in good form and has raced well on V75 for a while. He's drawn the best post position he's had in a long time and he can leave well" says Timo Nurmos.

Who is your best chance to win on V75?
"We have several good chances but Zenit Brick is the best chance".