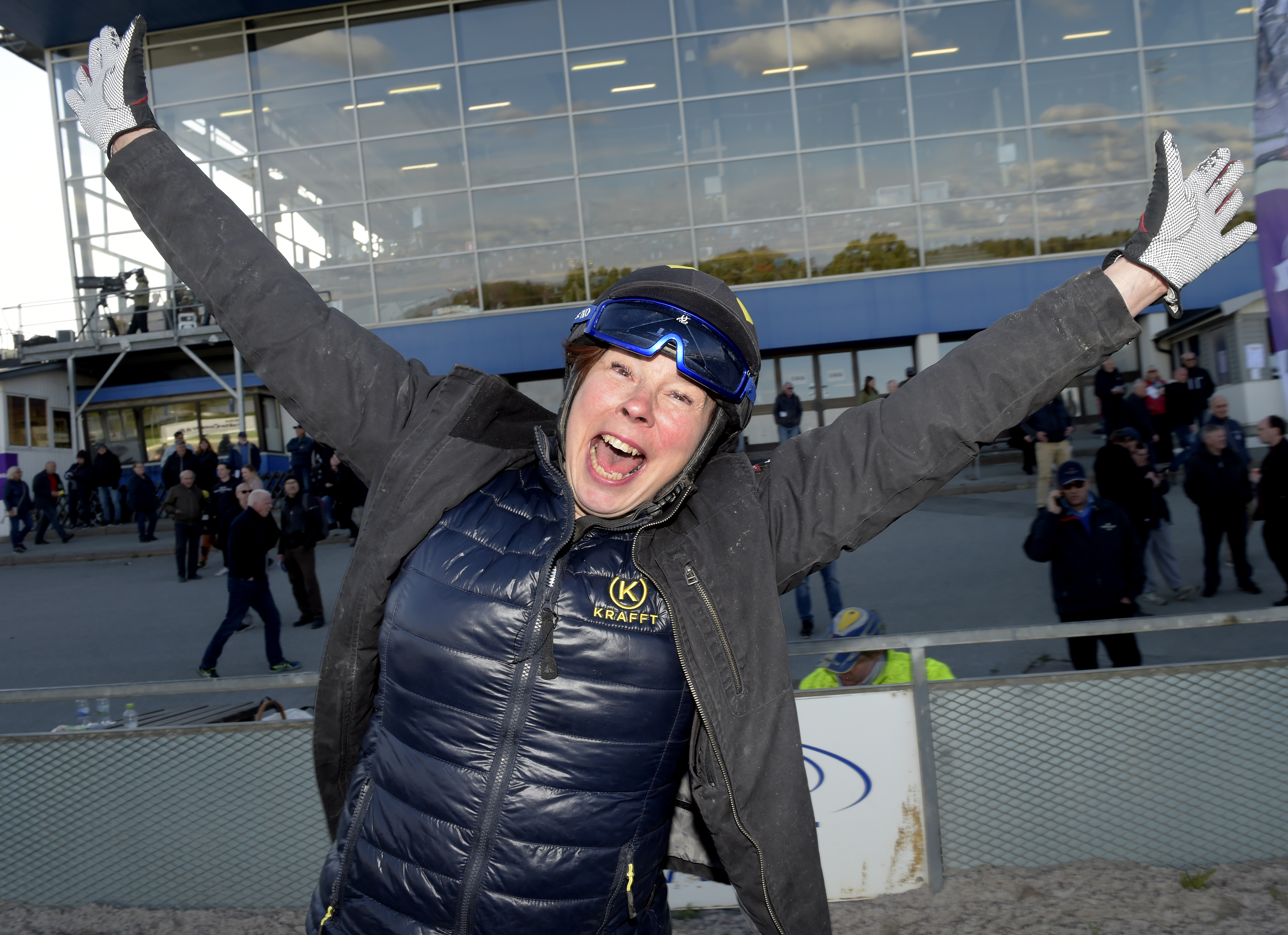 Last time one of them won for fun.
The other one crossed the wire locked in and looked like he would have won with a free path.
When Solvalla are hosting STL finals, Suzanne Richter's duo is back on track.
"M.T. Joinville is good to have on your ticket if you're looking for an upset and Ural should be on everyone's tickets" says the Romme trainer about the jackpot infused V75® card where a sole winner could take home SEK 30 millions.

To have nine horses in training of which two are V75® stars is pretty much impossible. But that's exactly what Suzanne Richter has. Both Ural (V75-1) and M.T. Joinville (V75-7) have climbed through the classes in STL, Swedish Trotting League, and when the traditional November finals are held at the Stockholm track both are racing. Racing first - and the one with the best chance according to the trainer is - Ural. In his last start the six year old surprised many handicappers by holding up the lead from post one behind the gate.
"I wasn't surprised. As I had said in an interview prior to the race, Jorma (Kontio) had never really left that hard with the horse, so I knew he could leave better. Even after the race Jorma said that he took the lead easily so he could have left even faster" says Suzanne Richter.
Once in the lead the opponents had no chance to challenge Ural who raced with shoes.
"I was very happy with his effort. It was very, very good. Even better than I had hoped since he hadn't raced for a while and had gotten treated in between starts".
With that race in his legs you could assume Ural will be at least as good this time.
"I trained some intervals with him this past Sunday and he was happy to be out there if I put it that way..."

"Of course I'm hopeful"
This week Ural has drawn post position three behind the gate and if the track conditions are good the plan is for him to race barefoot all around.
"It's up to Jorma what he wants to do from start but it's easier to leave without shoes, if he really wants to leave hard. Post two would have been the best possible, then he wouldn't have to leave at all, he'd be in the two path right away and not having to leave to get second over or something like that, but I'm happy with post three considering all the bad posts he's had earlier".
"The others usually don't give my horses holes so I'm sure they'll leave all they can. But Jorma never gives up the leads if he gets there. We'll see how it develops but of course I'm hopeful. He should be top three, if not I'll be sad. I'm not racing to be fourth or fifth, I'm racing to win".

Locked in with plenty left
If Ural finishes better than third he will surpass SEK 1.7 million in lifetime earnings and will move into the Gold division. His two years older stable mate M.T. Joinville has already taken that step and in his last start he could have gotten his first win in the highest class. But after a passive drive he never got the chance to show what he could do and crossed the finish line fifth, locked in.
"He was completely unused. At first I thought it was good, being that it was a short distance race, but when I watched the race again I got disappointed" says Richter who used an American sulky on him for the first time. She had also pulled all four shoes.
"I pull all the shoes and the driver goes to the inside...What's the point of me trying to maximize my horse then? Had he stayed in the two path he could have just pulled the right line and went right around them".
Could it have been enough to win?
"Jepson (the driver) said that he would have won, had he just gotten out".

"Very, very good"
"M.T. Joinville's fragile hooves won't allow him to race barefoot again and he also won't race in that American sulky this time. He'll go back to his regular sulky which is a Swedish made version of the American style race bike. But the form he showed last time means respect and the trainer is very happy with him going into the Solvalla start.
"I trained him today (Monday) and he was very, very good. The fact that he will race with shoes this time doesn't really mean anything. Maybe he left a little bit quicker barefoot in his last start".
How far do your hopes go this time?
"Of course I want to win but if he can finish fourth I'm happy. Would he be top three I think I'll pass out. A lot depends on how the race develops. I hope they go way too fast upfront and get tired, because my horse can deliver a long, long sprint. If the tempo is low, he needs to make a move himself".
How do you think we should sum it up for the jackpot hunters?
"M.T. Joinville is good to have on your ticket if you're looking for an upset and Ural should be on everyone's tickets".