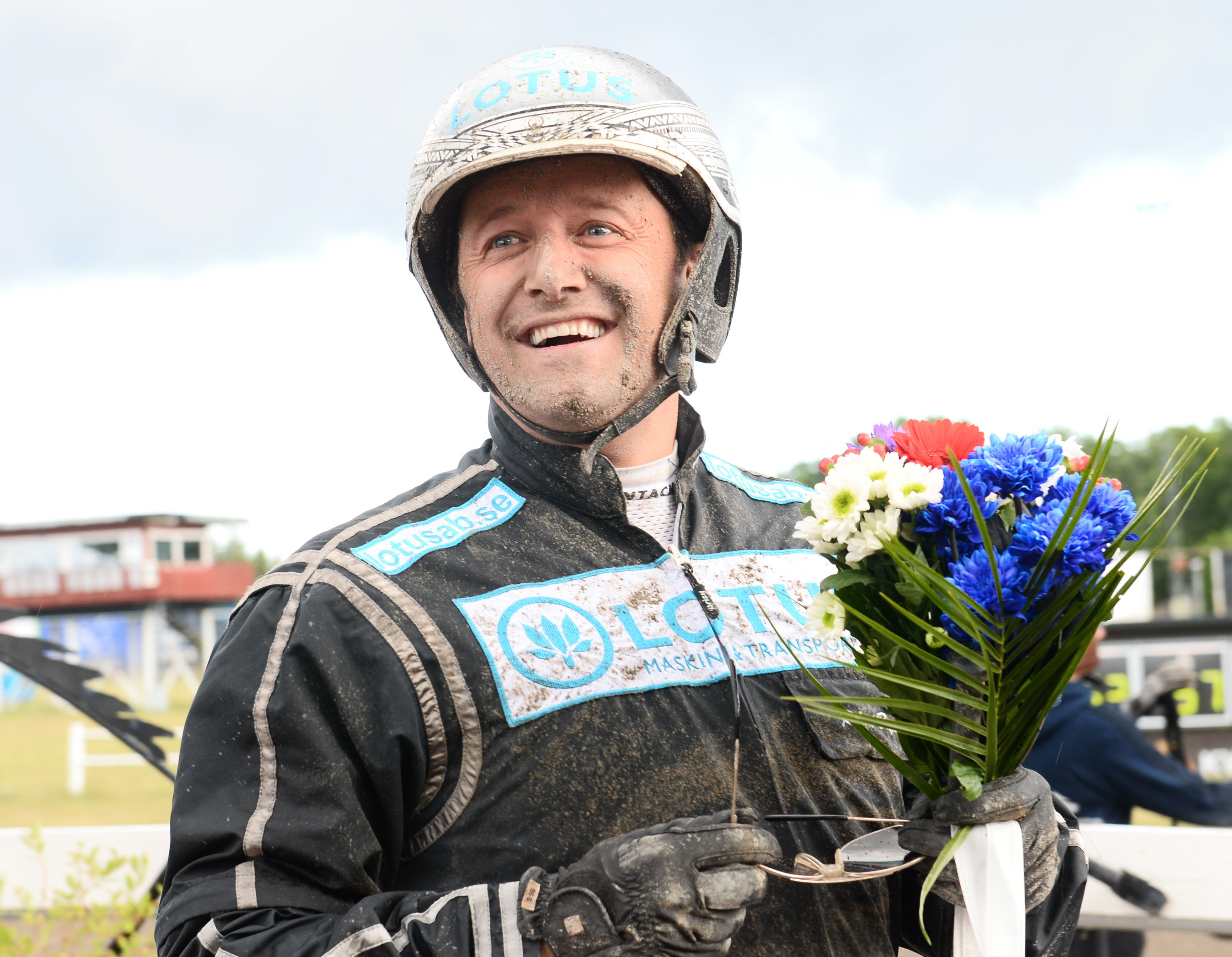 V75®/jackpot: Bergh wants to get the French feeling in to his horse

He had great success in Paris this past winter and won five in a row at Vincennes.
Now Mindyourvalue W.F.will try to qualify to Olympiatravet - but he would have rather seen the race was in France.
"He has a hard time with the Swedish system. he gets too nervous with the music and all the speakers. We are changing up the routines and I will try to give him a French feeling so he stays calm" says Robert Bergh.

It's time for the third leg of Olympiatravet and the host this Saturday is Jägersro.
V75® once again comes with a jackpot where a sole winner can take home SEK 53 millions.
Mindyourvalue W.F. was one of the most talked about horses last winter at Vincennes. The Robert Bergh trained gelding won five in a race - an extraordinary accomplishment. He won both sulky races and monte races in very impressive fashion.
"The horse put in some fantastic efforts and I didn't expect that. I've said before that even though I'm not terribly old, I doubt I will ever have a horse who will take five in a row at Vincennes again" says Roberth Bergh.

"Was very stressed out - totally crazy last year"
Mindyourvalue W.F. has earned over SEK 3 millions but in his comeback on Swedish soil he came up flat and finished fifth. Robert Bergh can explain why his horse has been much better in France.
"It's the race days he loves down there. He loves the French sport and system, the way the race days are set up there. The system here at home makes him very nervous. Here it's loud with music and speakers both out on the track and in the stables. But at Vincennes it's very nice and quiet and nice large areas and better for the horses".
"He was very nervous at Färjestad in his last start and was all stressed out for four hours and once we got to the race he came up empty. It was the same last year in Sweden, he became very nervous and was totally crazy behind the starting gate".
"I'm trying him at Jägersro since they have nice big areas and I think that track will be good for him. We are changing up his routines to keep him calm and quiet. he absolutely has a chance in this race but my focus is to give the horse the right feeling. He needs peace and quite to be able to perform well".

"Feels great and very strong"
Mindyourvalue W.F. has post three behind the gate on Saturday. Robert Bergh does not feel he's without a chance if his horse can race at his full potential.
"If he stays calm he's good enough, for sure. We'll see, we could go to Olympiatravet or we could go to a monte race in France after this. If he doesn't work out this week, he'll be on his way down to Vincennes again".
"He feels great and is very strong in training. He trained Monday and felt great and his heart rate was right where it should be after training" says Bergh.

"Goes according to plan - everything feels good"

Robert Bergh has started off the year well and the win percent is at 25. He's been home for two weeks after his Florida vacation and we catch him on the phone as he's out running with his dog.
"I'm pleased with the results so far this year. We raced a lot throughout February and then we slowed down in March and we're just getting geared up again here in April. It all goes according to plan and everything feels good. The tree year olds have started out well too"

"His best spot this year - enough form to win"
Here are Roberth Bergh's comments on his V75 chances:
"Helena Klipp (V75-2) has been off a while and is not in form for this".
"Aileron (V75-5) has been very good in these two starts after his break. He's at his best when he can be in or near the front and post two is no problem. The distanced is a plus and this is on paper his best spot so far this year. It looks like good conditions for him and he has enough form to win this. Barefoot behind again".
"Explosive Merlot (V75-6) had trained great before his 2018 debut but made a break in the lead when I showed him the whip turning for home. The track was a bit hard and maybe I didn't have enough weight on him. I think it was a combination of the two and when I asked for more he made a break. It felt like he would have won that race without the break. This time we'll go with safety balance and aim at keeping him flat".

Shiny and bouncy - first time American sulky
"Coktail Fortuna (V75-6) was good winning his last start and looks good in training after that. There's a great shine to him and a nice bounce to his step now so that blow out in his last start did him good. Now he's got a trailing position but I think he can get the job done from here too. We're trying an American sulky on him for the first time for coming races. Barefoot again".
"Aramis Amok (V75-7) was very good when he one his first start of the year and he's much more quiet as a gelding. Last time he put the hand break on when he felt the stone dust in his face. He trained Monday and looked good so the form is fine. He drew a good post here so I will try to make him leave a little better and not end up with too many horses in front of us. Barefoot again" says Robert Bergh.