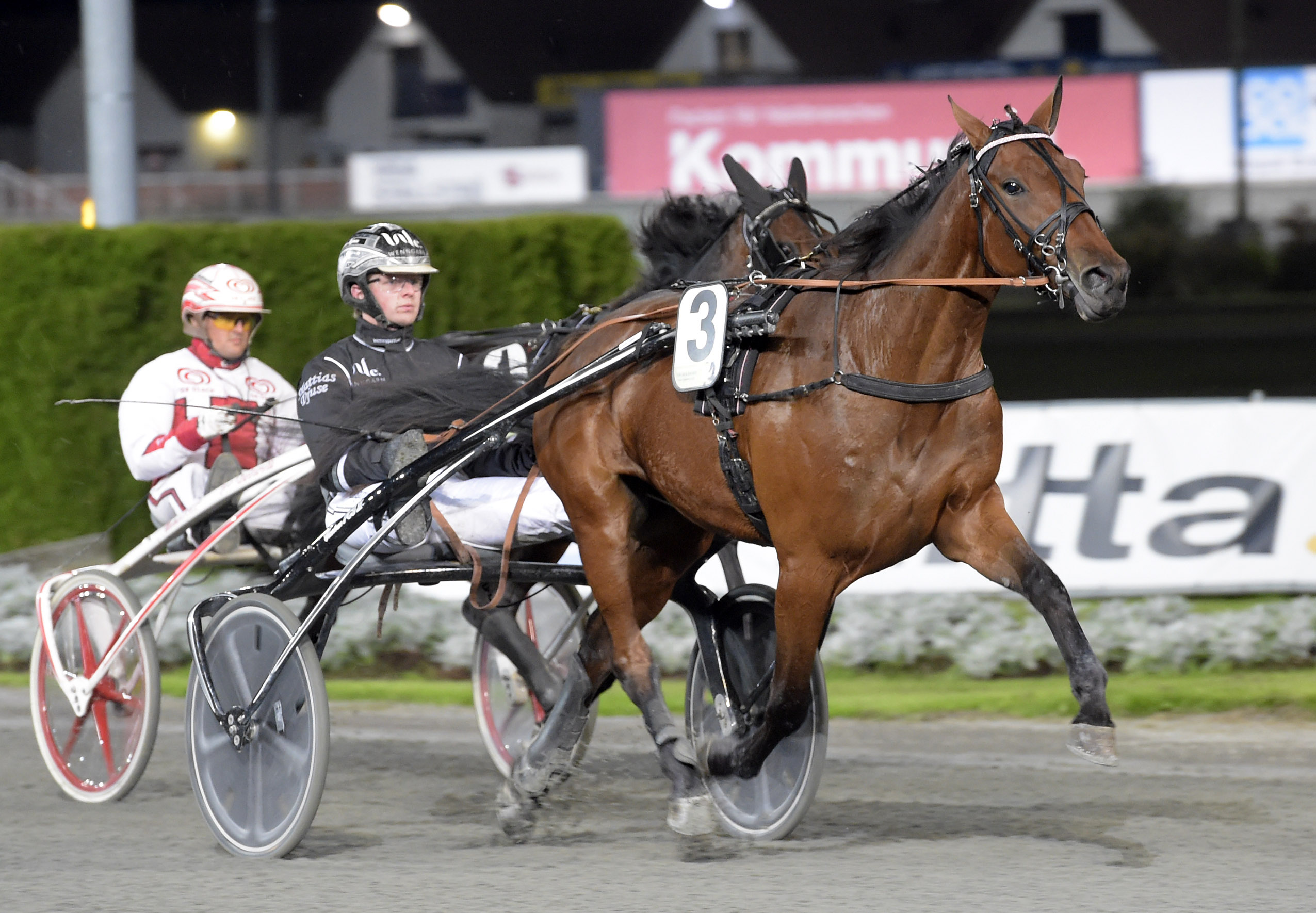 Svante Båth has five horses in the race and Lutfi Kolgjini trains the favorite.
But Mattias Djuse won't let the big guns push him around.
On Saturday he has a chance to win Svensk Uppfödningslöpning with the very talented Racing Brodda.

Solvalla trainer Mattias Djuse is getting more and more successful. Newcomer of the year in 2013 is on his third year as trainer and his old record SEK 3.6 milllions form last year was surpassed long ago. With a month to go of 2017, he's horses have earned close to SEK 5.2 millions and on Saturday, Racing Brodda (V75®-4) can add another SEK 1.4 millions to that.
"There are many nice horses in the race and we are the underdogs, but of course it will be exciting" says the 28 year old about Svensk Uppfödningslöpning.
Svensk Uppfödningslöpning is the very oldest of the three classics in Sweden (Swedish Kriterium and Swedish Derby being the other two). It's been raced since 1926 and the winner this year gets SEK 700,000. Horses such as Racing Brodda who are paid in to Premiechancen will get twice that.

"Good strength"
This talented two year old filly has made four starts so far and has - in her own sluggish style - shown that she's an very talented race horse. Especially when she demolished the field in Trottex Auktionslopp at Solvalla back in September.
"She's got her career off to a good start and she has raced well every time so far" says Mattias Djuse.
How would you describe her?
"She's a very nice and quiet horse. A little sluggish in the races so far, but I'm fine with that. They usually wake up along the way.
She never quits, she's got very good strength".
Do you have high expectations regarding her?
"Her development curve is still on the rise. I wouldn't say she's the typical early two year old. She feel liks a horse that will keep developing the next few years too".

Another gear in the start
Racing Brodda made it to the final with a solid rally to finish second to Attraversiamo. The latter is one of five very tough horses in Svante Båth's armada in this race. Lutfi Kolgjini's Smokin Joe - Swedish record holder who can give Kolgjini his eight win in this race - won't be easy to deal with either. But Mattias Djuse is not making the trip to Jägersro, Malmö just for fun.
"She would benefit form a good pace the entire race and my hopes are that she will be able to leave a little better this time and get in a good position right away".
Racing Brodda will start from post five behind the gate - statistically the best post position - and to get her to leave a little better, Mattias Djuse will make an adjustment to her equipment.
"Some form of change in her bridle, yes. I've raced her open before but this time we'd better get in to the race a little better".
What do expect of her in here?
"If things go her way she can get a good chunk of change here. If you have a few on your ticket she might be worth using"
This week is a jackpot and if there's a lone winner, they can win SEK 30 millions. Maybe Racing Brodda is the key to those millions...