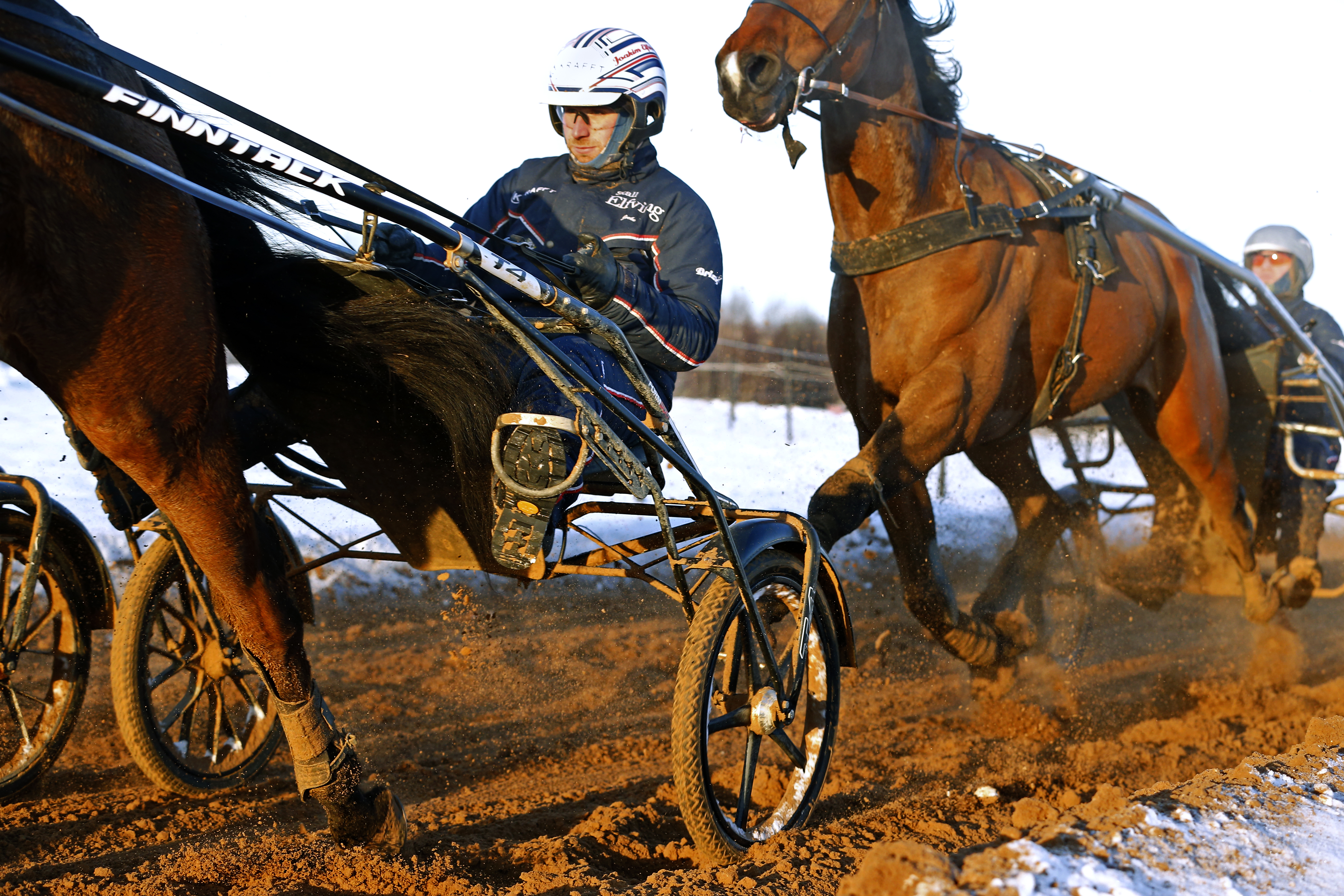 V75®/jackpot: Elfving going to Bergsåker with three chances to win

Joakim Elfving has wind in his sails and on Saturday his success could continue on V75®.
Bergsåker will host the races and the Romme licensed trainer will travel there with three horses.
"I think all three should go on a V75 ticket" says the 31 year old trainer.

Joakim Elfving remained calm when his horses were plagued by sickness last year. Thanks to taking it easy on them and train with a long term goal in mind he overcame the problems. This year he has a top stable that wins races pretty much all the time. A win percent close to 25 proves that. Those numbers could improve further in this Saturday's jackpot infused V75®, with a 'seven' pool of SEK 46 millions.
"My biggest hopes go to Qrystal Roc (V75-3) but I think all three should be on the V75 tickets" says Joakim Elfving.
Qrystal Roc made a break short after the start in her last start but before that she had three wins and two seconds in five starts this year.
"There was a delay with a recall and some problems as they were going up behind the gate. It doesn't take much for her to lose it and we just have to forget that start. We have gone over her after that and she also feels good in training so I think her form is still the same".
Post position nine in the second tier in a long distance race, how do you evaluate her chances on Saturday?
"She has developed a lot lately and even though 1,600 meters is her favorite distance I think she will do well over 2,600 meters too. It will be an exciting test and post nine is good for her. From there she can get a good covered up trip and use her speed at the end. Same equipment as before and I think she's an early horse on the V75 ticket. She's under development and good for her class".

"Just jogged"
In the coldblood race it will be up to Ängspilen (V75-4) to defend the Elfving stable's colors. He did so with excellence in his last start when he won convincingly from the lead.
"He had gotten a couple of weeks of training before that start and it seems to have helped. He just jogged and the time was good too. Everything is well after that and this field is pretty similar to what he raced against in his last start".
He has a good post in the 'volt' start. Would you like to see him in the lead again?
"That's up to Rikard (Skoglund) but I think he's at his best when he can set his own pace on the front end".
Ängspilen raced barefoot upfront in his last start and will do so again on Saturday.
"He easily interferes and he gets a bit more confident without front shoes. Of course that helps him. He has raced with the so called barefoot shoes before but it's more natural for him to race without shoes".

Barefoot gives her an extra gear
Last but not least in Elfving's trio is Lyx Håleryd (V75-7). She has also raced well this past winter but in her last start she threw in the towel early in the lead.
"I don't think there's anything wrong with her form, but in her last start we tried racing her in the lead and I think she just doesn't like that. So now we'll go back to the old tactics and will race her from behind and save her speed. We will also go back to the blind bridle and the plan is to race her barefoot this time. That has given her an extra gear earlier. She can leave fast so we hope for as quick of a start as possible".