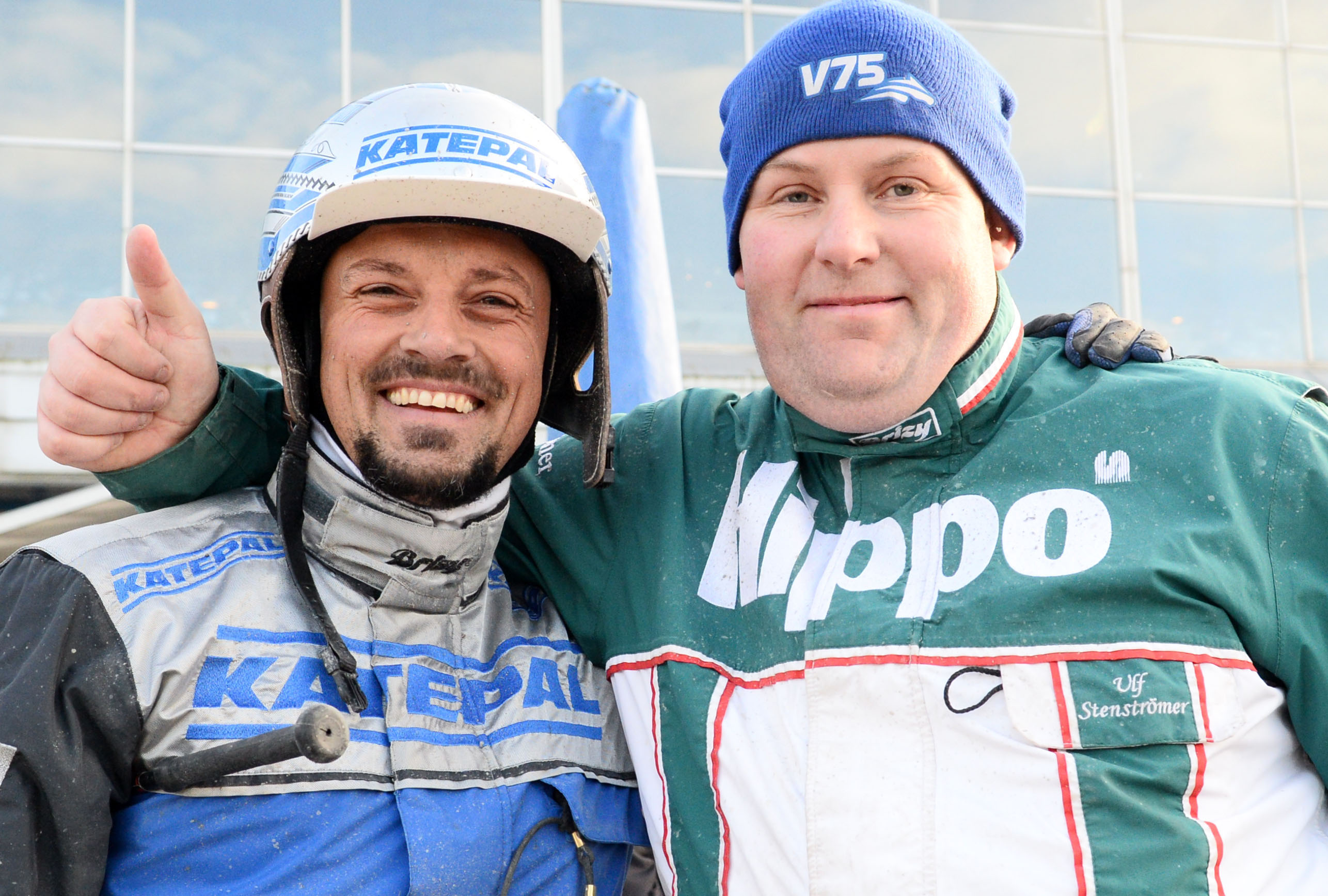 V75®/jackpot: Harpers instead of the bronze final

Handsome Brad proved all the experts wrong in his last start when he beat the three favorites to win in an equalled world record time.
Saturday is his next big test when he's racing in the V75® feature Harper Hanover's race.
"We've trained him a couple easy trips and one tougher trip and he feels just as good as he did before the world record race" says trainer Ulf Stenströmer.

The five year old race, Lyons race at Åby was beforehand all about three horses: Rajesh Face, Muscle Hustle and Diamanten. After the race it was all about one horse.
Handsome Brad (V75®-7) did not only beat the favorites, he also equalled the world record held by On Track Piraten and Readly Express, 1:11.7 over 2,640 meters.
"It was a five star effort of course, no complaints. Carl Johan Jepson drove a perfect race and the horse delivered in a big way" says Stenströmer.
The horse might have been forgotten by the experts but for Axevalla trainer Stenströmer it didn't come as a surprise when his trainee took his fourth victory in the fifth start of the year.
"I picked him to win somewhere and it was somewhat jokingly, somewhat seriously. There were only three horses that could win the race and a fourth horse won. It was nice to prove them wrong. He had to leave hardest of them all so he doesn't have to apologize for the win".

First time over three kilometers
On Saturday Solvalla is warming up with V75 finals the day before the big race, Elitloppet.
Handsome Brad was qualified for the final of bronze division but Harper Hanover's race was more appealing.
"We calculated with the bronze final being very tough and with bad luck in the draw it could have been over before it even started. So we took a chance. 'Harpers' also has many tough opponents but at least I knew we wouldn't be starting in the rear of the field" says Ulf Stenströmer.
Handsome Brad who is making his first start over three kilometers - an extra 500 meters compared to his last start -  is starting from post position four, 20 meters behind.
"That makes no difference for him. He's a very strong horse as he showed in his last start. He trotted the last 1,600 meters in 1:10 tempo. His heart rate after the race showed he wasn't very tired. That might come in handy" says Stenströmer and continues:
"Post position four in the 'volt start' is what it is. But there will plenty of room to turn so he should be able to get away well from there. I would like to see him get a nice trip in here. There are many good long distance horses and tough opponents in the race".

Two heats no problem
Also raced on Saturday is Sweden Cup, called 'Small Elitloppet'. There are three eliminations where the top three finishers in each elimination advance to the final.
Racing in the second elimination is Bear Dancer (V4®-2).
"He's a real honorable horse who was bought in many shares. It will be a lot of fun for all the owners to experience this. We decided to enter him here after his last start. He finished that race very well after shaking loose late and was never tired. We had done some vet work on him before that race, after having raced well all winter in the gold division" says Stenströmer who is pleased with drawing post one behind the gate.
"We were lucky in the draw and he can leave the gate fast. Carl Johan Jepson can choose tactics, I'm guessing he will let someone go but not just anyone. Or he might just race him on the front end. The goal is to make the final. He has a very short recovery time thanks to his lung and heart capacity. I don't think two heats will be a problem for him.
Who of the two do you think has the best chance?
"None of them has a great chance but they are both in very good form and both can win".