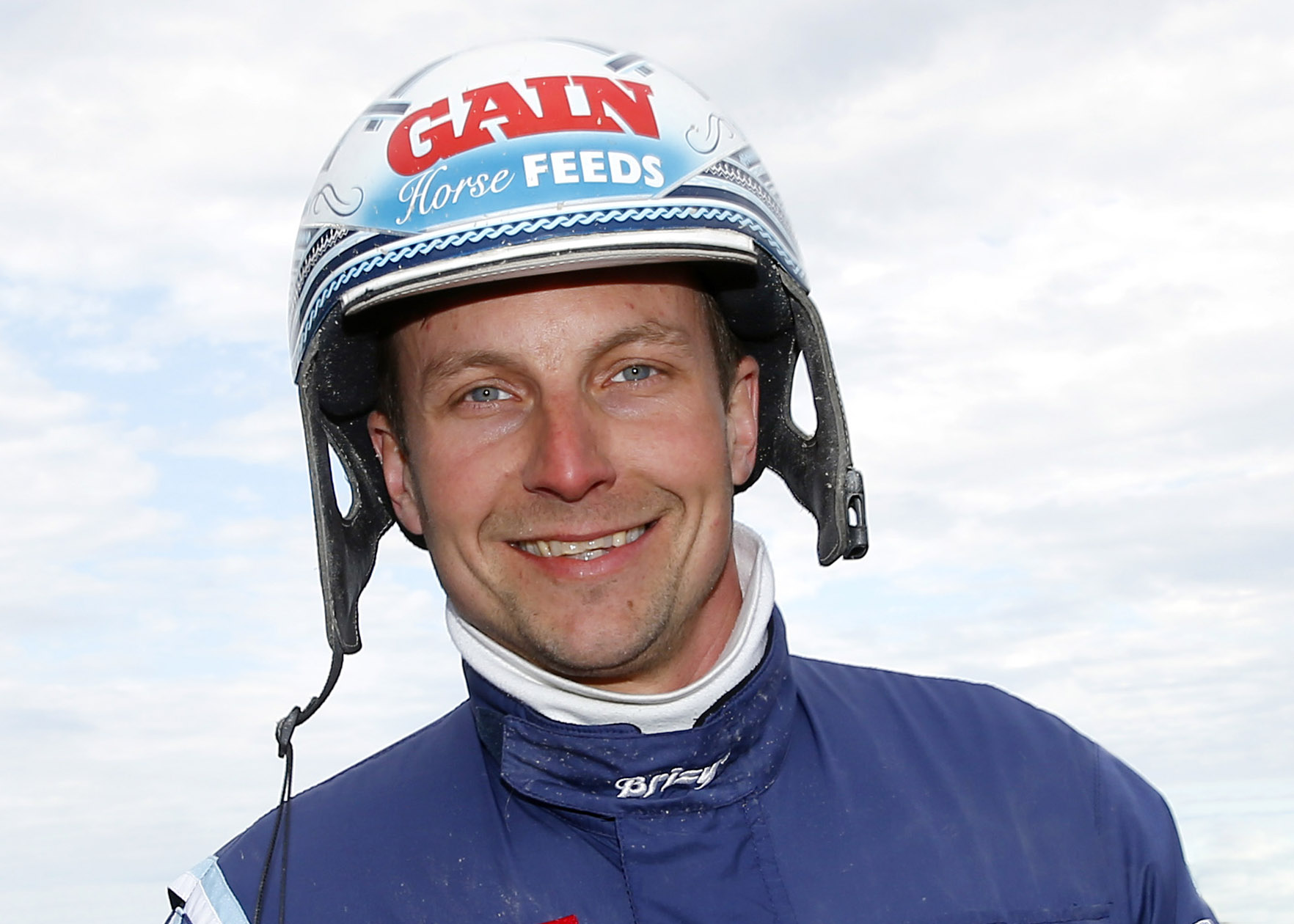 He's behind the biggest upset in V75® so far in 2018.
On Saturday Peter G Norman will try to strike again.
"All four of my horses are in good form and I don't feel beat with any of them" says the hot trainer going into V75 at Axevalla.

The V75® year 2018 has so far been all about the favorites.
Five Saturdays in a row the payouts have been so low, there hasn't even been any payout for finding five of the seven winners.
If the curse is to be broken it could happen at Axevalla - the track with the longest home stretch in the country and also the track where the biggest payout ever in V75 history.
Back in the very same month of February in 2010 one winner was paid SEK 67,312,633.
The total pool this time won't get up to that, but one sole winner could win SEK 47 millions.
But for that to happen, upsets are a must. And possibly that Peter G Norman will lose his title. The title as the biggest long shot winner in V75 in 2018.
The odds 15,90 that Castleman paid at Åby on February 3rd is the biggest long shot of all the V75 winners on a Saturday in 2018.
"It's nice having that title, but I can't say I was surprised. He's a tough horse" says Peter G Norman who has been in professional trainer for four years as of last weekend.
"Overall I'm pleased.The stable is growing and we've been able to improve the results every year. I started with 25-30 horses and now I'm at 67. But it could always be better".

A stable in top form
One thing that has gone down is the V75 results.
From five wins in 2015 to only two in 2017.
That's something he's trying to change this year when the stable has been competing more frequently on V75.
If all his four entered horsed will race, that means 12 of the 49 starts of 2018 have been on V75.
Compare that to one ninth of the starts in 2017.
"We have more horses that are compatible on V75 now, thats the simple explanation. Plus my stable is in good form now so we try to take advantage of that. The goal is to set a new record, six V75 wins this year and I'm happy".
About the stable form.
The year has started off with a win in every sixth start.
In these Olympic times getting on the podium can get you almost the attention as winning and when you look at Norman's results based on that, the stable form is even more obvious.
In 56 percent of the starts of 2018, Norman stable has finished top three.
"I'm very pleased with how we've started the year and if we keep it going we'll surpass SEK 1 million by the end of February. Then we have to keep it rolling, keep winning and making money".
Why is it going so well right now?
"Most of all because we've had great training conditions all winter and the horses have all been healthy. That's it pretty much".

Castleman the best chance
Of the four V75 starters this weekend, stable employee  Mads H Nielsen gets to drive three, while the long shot driver of the year drives the fourth one.
"I hope one is enough to upset again" says Peter laughing and adds:
"Mads drives very well and it's natural that he gest more chances. When I don't drive myself, I feel better having someone who already knows the horses and who I can have a good dialogue with after the races".
About his chances on Saturday, Peter believes the best chance belongs to Castleman, who won't be forgotten this week again.
"Without having studied the program that much, he should be the best shot. But all four are in good form, I don't think any of them is without a shot. As long the track doesn't get sloppy, that would hurt my chances".

Here are Peter's comments on his V75 starters:
"3 Highdrive (V75-3) is a big heavy horse who's had problems with his gait in the past but he's coming more and more. He's improved a lot the last couple months and raced well in every start since last fall. Even if his only win so far was on the front end, I don't think that's his style. He was very confused and kind of surprised being on the front. V75 and long distance means a ground saving trip. This race is tougher than he's used to but he could end up top five with a good trip. We're switching bikes to a Custom Multicam, which is a Scandinavian version of the American sulky. I hope that will fit him well since he's a very wide horse. It will be the first time he's racing in that sulky. He raced in an American sulky a few starts ago and raced well but he was running in too much in the turns. So we'll save the for the spring. No other chances".
"3 Castleman (V75-4) raced frequently last fall and got a break before the start at Romme. It did him good, he had trained well and he delivered right away. He was even better in his last start and he's really coming along nicely now. He's always been a nice horse but last year his mind wasn't in the game. he feels good after his last start and I think the form is intact. He has never been able to leave but last time he left better than ever and I think he's learning that too. It would surprise me if he's quick enough to have a chance to get to the front, though. He has raced in an American sulky the last two starts, I don't know how much of a factor that is but of course we'll keep that on him. It looks like he's our best chance on Saturday".
"5 Comte du Pommeau (V75-5) felt great in his last start and wasn't tired but he just fell apart in the last turn and that really confused me. Turned out he ran down hard on his hind ankles and the course material on the track surface must have hurt him. He's never done that before but the track was very deep. To make sure that doesn't happen again, I'm putting run down patches on him for this start. He's trained well after his last start and is coming back to his old self again. His form isn't far from what it was when he won V75 at Axevalla two years ago. he races best when he can sit until the top of the stretch and I hop I can get him a good trip. We'll go with the American sulky and a pull down bridle again".
"10 Ryan Kronos (V75-5) usually races best during the winter and this winter is no exception. Even though the race he won in his last start wasn't all that tough, I was very happy the way he did it. he usually doesn't like coming first up like that. Two starts ago he got locked in on V75. My two are very even with a slight edge to Comte who likes the distance. Whoever gets the best trip of mine will end up before the other one. No changes on Ryan, blind bridle and American sulky".
"As far as track condition I hope we don't get a sloppy track. Castleman can handle it, but it would really hurt my other three horses. They prefer hard, firm tracks".