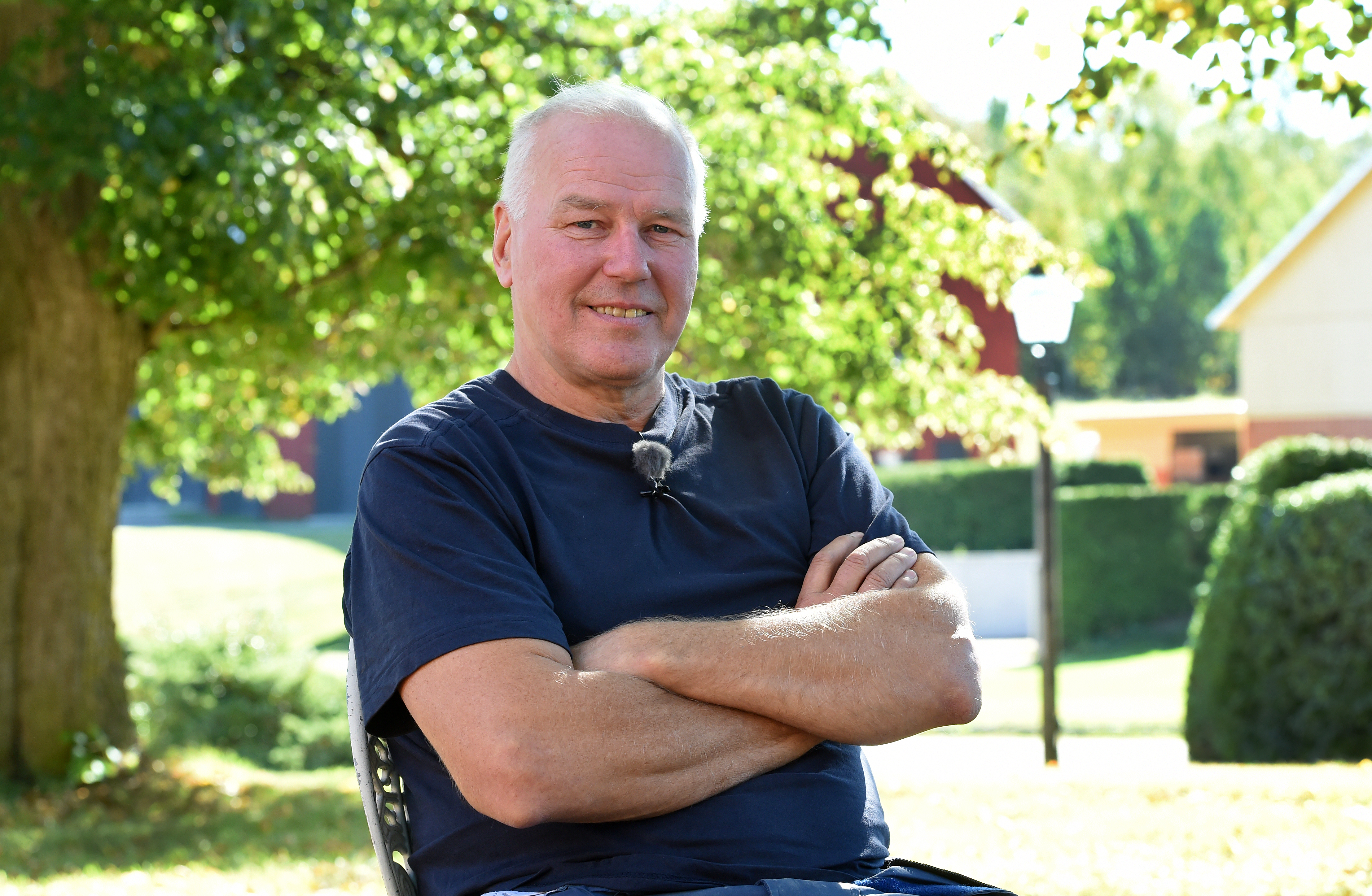 The two stars Readly Express and Villiam are soon ready to race again.
But before that Timo Nurmos has a few red hot chances this Saturday's jackpot V75®.
"First time without shoes for Global Undecided will be interesting" says Nurmos.

The Elitlopp weekend is over and the racing community goes back to it's regular routine again before all the major races this summer get started. Readly Express didn't get enough time to get ready the way Nurmos deemed optimal for Elitloppet.
"I trained him on the track for the second time today (Monday) and I didn't go that fast with him. He has mostly trained uphill training and not so much speed and he feels good. He's getting close now and I think he's just a few weeks away from racing" says Timo Nurmos.
There are a lot of racetracks wanting him and we've been asked to come to Kymi Grand Prix, Jämtlands Stora Pris in Östersund, Norrbottens Stora Pris in Boden and Oslo Grand Prix. Also John Campbell who was at Solvalla this past weekend came to my stable and invited us to come to USA to race in the Breeders Crown there. There are lost of races to choose from and this morning I received a call from Jägersro, they asked if I was interested in coming to Hugo Åberg's Memorial. We'll see where we race him but it will be shortly. It felt like the right decision to skip Elitloppet, it wouldn't have been right towards the horse to go two tough heats right now when we couldn't prepare him the way we wanted".

"It was a big mistake by the judges"
Timo Nurmos watched Elitloppet at the track and saw all the chaos with the broken equipment and the recall before the start. He also thinks Ringostarr Treb was a worthy winner.
"The best two horses finished first and second" says the Solvalla trainer.
"When there's big races and big money there's often some drama involved. The French shouldn't say it only happens in Sweden, it was the same at Prix d'Amerique this year. Drivers get nervous too - they're human. Everyone is trying to get the most out of it but it was obvious something wasn't right with Bold Eagle. He was unusually hot already before the delays and was galloping around already before all that. He wasn't in balance mentally" says Timo Nurmos.
"Then it of course was a big mistake by the starter and the officials when there was a recall. There are rules to follow but in these type of races you have to show some flexibility. I also don't know why they folded the wings. The new rules say they should keep the wings out and slow down to let the horses calm down. That was the biggest mistake and a few horses took off at full speed for 500 meters".

First time on the track with Villiam - "Very good - close to racing"
While we're talking about starts and big races we ask Timo Nurmos the status on Villiam. The winner of the Swedish Kriterium hasn't been seen on the racetracks since he won that race back at October first.
But now he's getting close to his first start of 2018.
"Villiam has breeding this past winter and spring. There was a huge interest and he has bred a lot of mares. He bred until April and has been training since then".
"It's mostly been heavy training but today (Monday) he trained the first time on the track and I trained in 1:25 over 2,600 meters. He felt very good and he is close to racing now. I haven't picked out a race yet but he's not far away at all, maybe two, three weeks. He is bigger than he was last year and as always they fill out going from three to four" says Timo Nurmos.

"Much improved with that race"
But before Villiam and Readly Express are ready to hit the tracks, we have a V75® card this Saturday to focus on. Mantorp racetrack is the host this weekend and V75 this week comes with a jackpot where one sole winner can take home SEK 35 millions. Timo Nurmos has three horses racing and he thinks all three horses have good chances to win. One of them is the very capable Araw Hoss who just returned to racing when finishing third in 1:12.8 in his 2018 debut.
"Araw Hoss (V75-7) had just trained heavy uphill training and only gotten one slow trip on the track before his last start. He wasn't in top form by any means so I was very happy with how he raced. He will be much improved with that race. The post position now is ok but not the best. He can leave if the drivers wants to and he's a strong horse who can do the job himself too. He will race same way as in his last start, barefoot upfront".

"From steel shoes to first time barefoot - interesting"
When it comes to his other two V75 starters, Timo Nurmos has one very interesting shoeing change to report.
"Global Undecided (V75-4) is a nice horse who has won half of his starts. He ran out and made a break in his last start in the turn by the stable gate when the driver was pushing him too hard. Jorma (Kontio, the driver) took full responsibility for it. Everything seems normal with him after that, I trained him today (Monday) and he felt good. Post two in the (volt)start is no problem, he's a calm horse. I will race him barefoot for the first time and that will be interesting since he's been racing with steel shoes up until now. So that's a big difference in weight for him. He races in a regular sulky and with a blind bridle".
"Linus Boy (V75-5) was very good when he was second in V75 in his last start. He got a tough trip on the outside but he fought hard and that was one of the best races of his career. Post position now is ok and he leaves the gate fast. He's in very good form and should be on the ticket early. I think we have three good chances on V75" says Timo Nurmos.