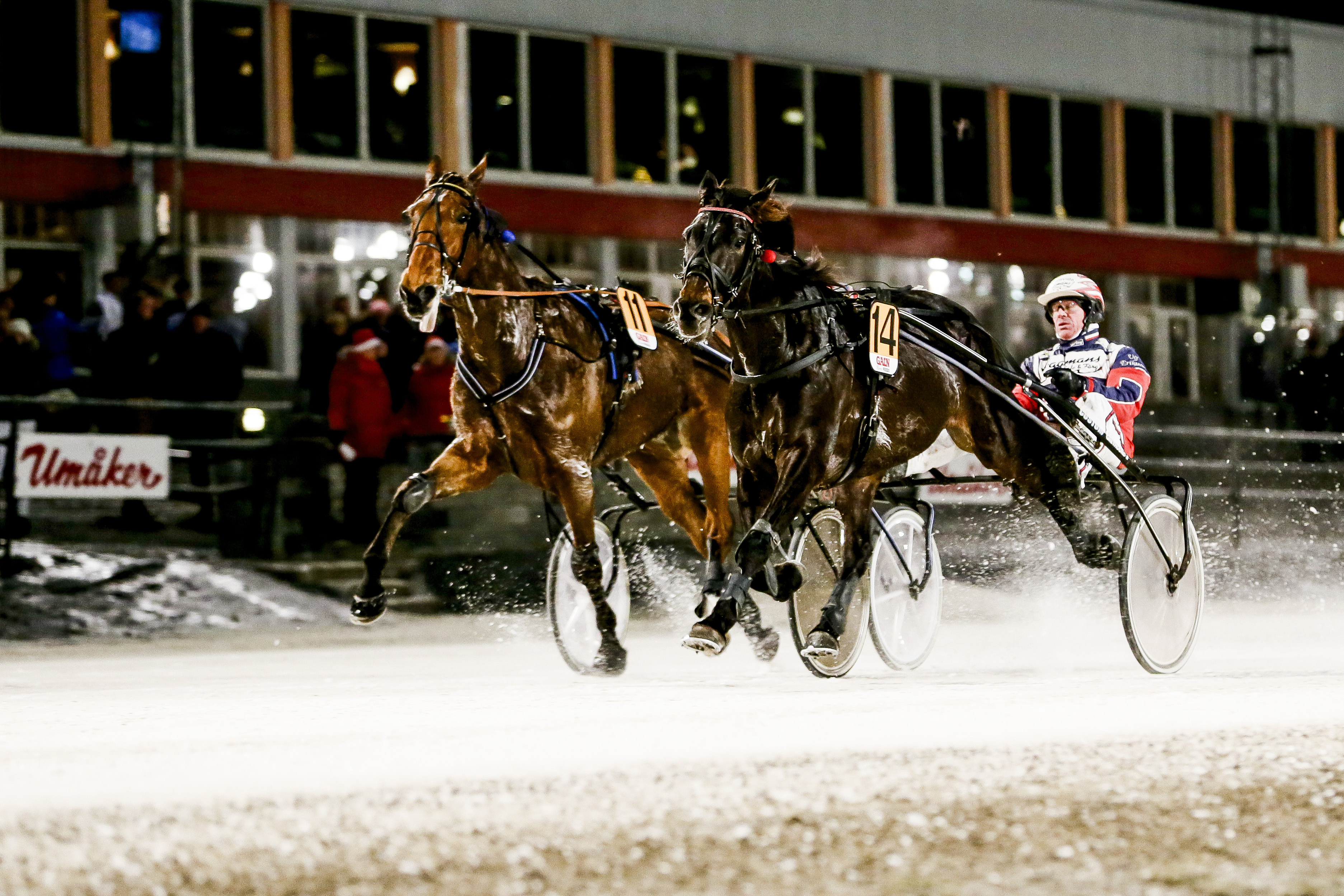 Winter or summer.
Anything goes for three time millionaire Narold Vox.
Krister Jakobsson is the trainer who's dreaming about a very cold Gävle on Saturday.
"The more wintry it is - the better for us" says the Bollnäs trainer.

Narold Vox turns nice on January first and has made SEK 3.5 millions in 112 career starts.
A couple of summers ago his trainer tried to teach him racing over shorter distances but he gave up. Narold Vox is just a strong horse so the longer the better.
He also prefers a hard surface Last time he raced on a winter track was Christmas day last year when he won a V75® race at Umåker.
This Saturday Gävle is hosting V75. It's spiced up with a jackpot giving a lone winner at least SEK 40 millions.
The third leg is gold division with the feature race Gävle Stora Pris. Last year Narold Vox won this race which was then a 3140 meter race.
This year it's raced over 2640 meters and also with the starting gate and Krister Jakobsson is crossing his fingers for cold weather and snow.
"They all wear shoes now, but if we have to add corks too that's fine with me. The more wintry it is - the better for us. This is the best time of the year for him. What's on his feet doesn't really matter".

Just as fast summer or winter
Narold Vox has raced in the prestigious Harpers Hanover's race a couple of times and finished fourth in 2014.
He's won multiple V75 races in the summer but according ot his trainer his better in the winter.
"He is just as good all year around actually. He's a very genuine horse in that sense. It's just that he trots as fast in the winter as in the summer. Not many does that. His class goes so fast in the summertime and he doesn't have the gait to make quick speed like that" says Krister Jacobsson.
The weathermen has a tough task predicting the weather this time of the year. The weekend forecast says snow and just below freezing as of now and if corks are needed, it will benefit Narold Vox even more.
What do you think about the opponents and post position ten in the ten horse field?
"It's a tricky position. He could get away pretty much anywhere. Pace and positions will determine who wins it as always. He's one of the horses who can win it but we need racing luck. It's very small margins with this kind of horses".
What's your dream scenario?
"A hard pace and that he sits outside the leader going out on the last lap. If he can just make his way up on the outside of the leader and they've held a tough pace - then he'll be hard to beat".
"He showed good form in his last start when he won his monté debut and the start before that in Eskilstuna the track was terrible so he didn't get anywhere" says Krister Jakobsson.
Gävle program handicapper Mathias Gustafsson has Narold Vox picked fourth.
"I think he might get stuck in the back of the field but you never know with this horse. I think 1 Spitcam Jubb will take the lead, but my pick is 8 Zenit Brick who I think has shown the best form in the field" says Mathias Gustafsson.