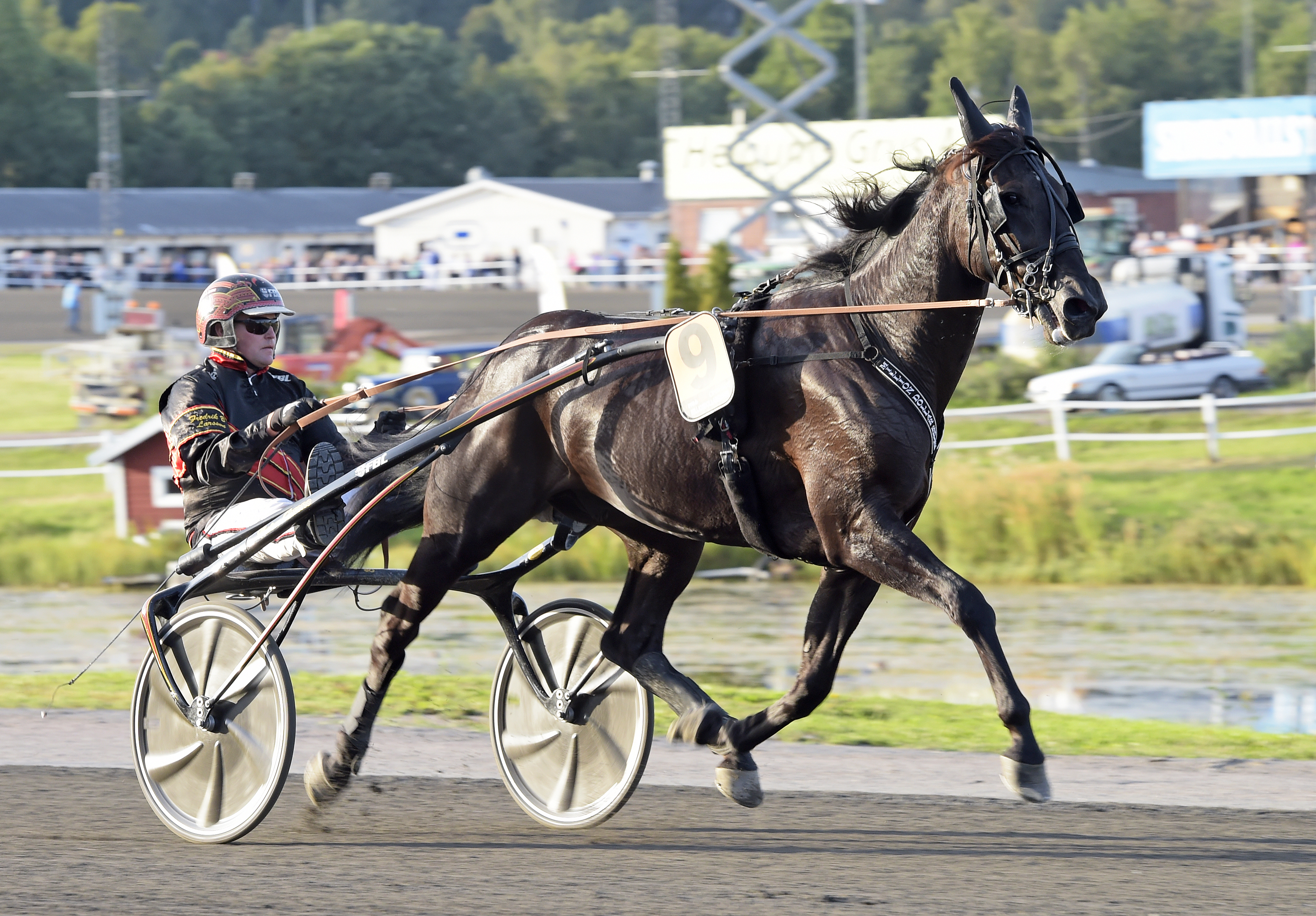 Last year he came up as an underdog and made it to the final of Elitloppet.
Milliondollarrhyme's development was remarkable and in the fall he won the Swedish Championships.
The black super trotter is now ready to return to the racetracks in the multi jackpot V75® card at Romme on Sunday.
"He feels very good and strong in training" says Fredrik B Larsson.

The V75® cards are coming one after the other during the Easter weekend as ATG® is arranging the Spring Race.
On Sunday it all culminates in the big multi jackpot at Romme with at least SEK 70 million in the pool for all seven winners picked.
As far as the sport goes, Romme offers a very classy gold division with several Elitlopp horses behind the starting gate. One of them is Milliondollarrhyme who makes his first start of the year after a fantastic 2019 campaign which resulted in over SEK 2 million in earnings. The photogenic gelding went from the maiden to Elitloppet in less than two years and completely rushed through the classes. He showed that the invitation to the giant sprint race wasn't wasted as Milliondollarrhyme made it to the final from a tough post position in the elimination. He finished fifth in the final, despite the fact that the horse still belonged in the silver division.
"It all went faster than I had ever dreamt it would. I let him sit at the pylons in the final to easy him in to the elite. He did great and he finished just as fast as the others" says Fredrik B Larsson.
And adds quickly:
"But I think he became even better later in the season. He developed very nicely during the summer and fall".

Won the Swedish Championship with a great sprint
Fredrik B Larsson's new poster boy gave the Solvalla trainer a nice victory in the Swedish Championship. Milliondollarrhyme came flying on the far outside down the stretch in a magnificent finish.
"He was very good when he won the Swedish Championship to top of the season. But I think my horse raced just as well several times, like when he won the final of the silver division. He didn't make one single bad race the entire season. A couple of times he came sprinting home too late and couple of times he got locked in".
"He developed a lot during the winter leading up to last year. He became a very nice racehorse and was very good, especially the second half of the year. He matured a lot during the year and got better and better as the year went on. When he was younger he had some problems controlling his temper but now he's the full package" says Fredrik B Larsson.

Has trained consistently over the winter
Milliondollarrhyme hasn't raced since the Silverhorse at Solvalla on November 2 as he's now ready to return. Trainer Larsson says his horse is very well prepared for his seasonal debut, even if it's hard to say if he's in top form already now.
"He got a month off after his last start to relax in his paddock. After that he has trained consistently all winter without any interruptions. I'm very pleased with my horse. He feels very good and strong even if he hasn't trained any quicker heats. He is not in top form and will need a couple of starts to get there" says Larsson.

"Will race very well right away"
Milliondollarrhyme will start from post position nine in the Gold division which is also the third leg of The Paralympic Trot. It's a race with tough opponents such as the Elitlopp contenders Sorbet, Elian Webb, Milligan's School and Makethemark.
"It's a very nice race with tough opponents. Sorbet looked great when he won his last start and he also won the draw. He won't be easy to beat and I think it will be tough for us to win the race. I think my horse will race very well right away since he is so well prepared. even if he might lack some speed in his legs. Either way it will be fun to start racing him again" says Fredrik B Larsson and reveals that Elitloppet along with the other big races are the golas for his star trotter this year. But first he needs to make it to the final of The Paralympic Trot which he will try to do with shoes and in his regular style sulky.
"He will race with shoes and in a regular style sulky in the beginning of the year. Then we will have a couple of extra gears left when we pull his shoes and puts him in the American sulky later in the year".