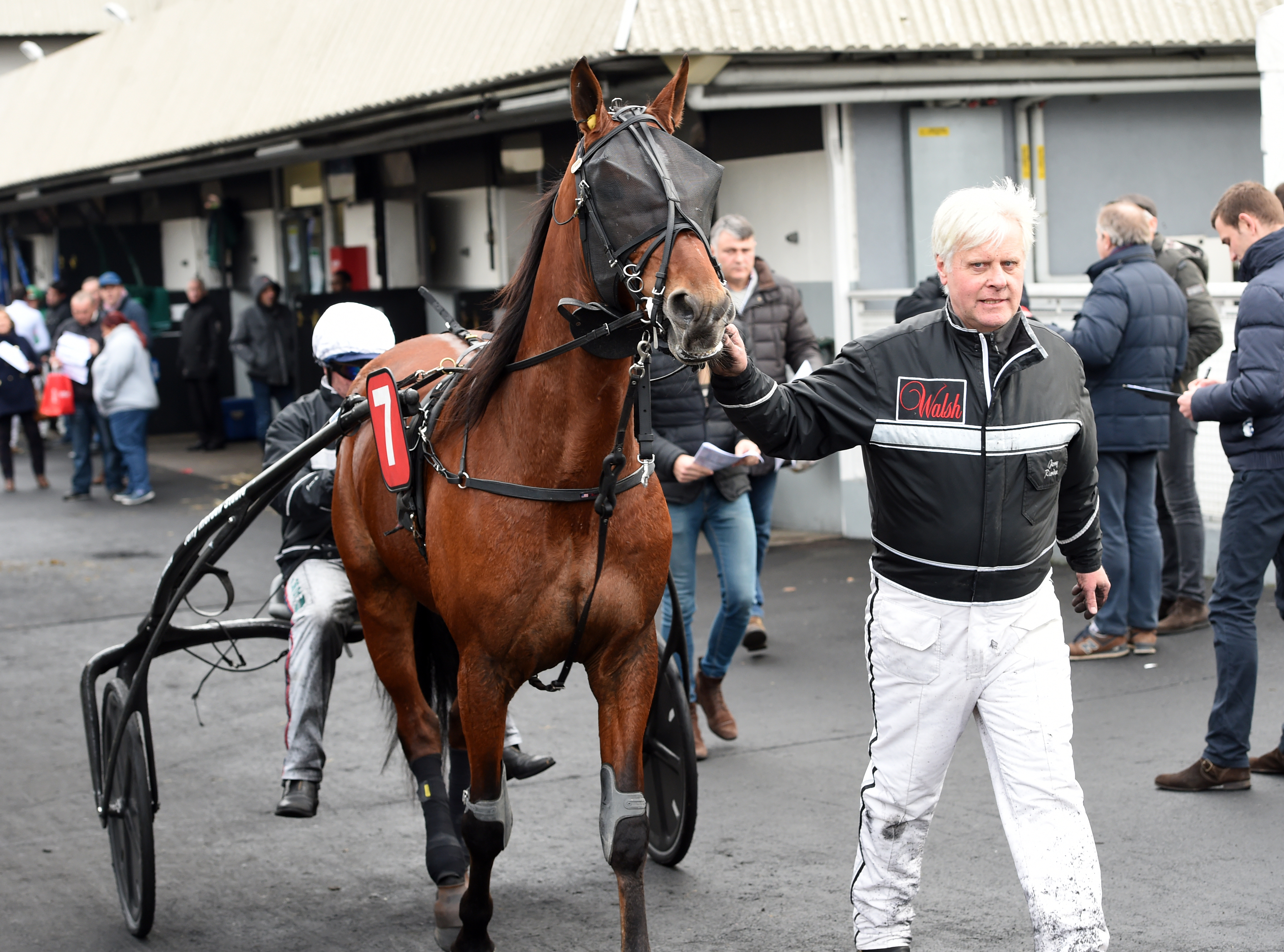 V86®: A horse in form from Riordan stable.

A stable in form.
A hot stable after the past weekend's International Trot victory.
The more and more successful Jerry Riordan is racing one horse on this Wednesday's V86®.
Six year old Sylvester America took his first victory in over two years in his last V86 start and needs to be considered again on his sharp form.

Halmstad based trainer Jerry Riordan is running a small but very successful stable. With 30 horses in his care - 20 of them are racing - his stable has made over SEK 18 millions.
That includes last Saturday's giant victory in the International Trot at Yonkers Raceway in New York.
Twister Bi gave us an amazing performance in the Yonkers International Trot and completely crushed the world record on a half mile track and with a horse like that in the stable it's far from fair trying to compare the other horses to him.
Six year old Sylvester America is one of the blue collar horses in Riordan stable. This gelding took his first victory in over two years last time he competed on V86® and other than being stable mates, he doesn't have a lot in common with Twister Bi.
"Perhaps that both are Italian born horses with a bit of a temper" says Joakim Granlund in Jerry Riordan stable.

Perfect trip?
Sylvester America drew post nine behind the gate in the sprint race (V86-1). Kevin Oscarsson can choose to follow the quick Officer C.D. from post one and with a little bit luck he can get the same garden trip as he did at Åby a few weeks ago.
Sylvester America got a perfect pocket trip that time and got up in time for the win. His first in over two years and in 42 starts...
"He needs a perfect trip and he's had some bad racing luck. He's got the ability but he is very temperamental and he's his own enemy" says Joakim Granlund.

Trained well
The six year old gelding was very successful as a three and four year old. In 2014 he finished second to Al Dente in Fyraåringseliten at Solvalla and won at Vincennes with Björn Goop.
From January to June this year he had ten consecutive starts at Vincennes with a second place as his best result. Since this past summer he's back in Halmstad.
"He trained last Sunday and he trained well. He'll probably jog a little bit here at home on Tuesday. I think it looks good going in to this start and he needs to be on the ticket, since he's in good form now" says Joakim Granlund.
Kevin Oscarsson drove him once before.
"His number one job is to keep him quiet before the race and Kevin is aware of that. He likes a high pace and hopefully he'll get that. No changes planned for this start" says granlund.
After the Åby win, Sylvester America raced once more in a V64® race at Kalmar where he finished second to Day Or Night In after being served a nice trip along the pylons and finished strongly.