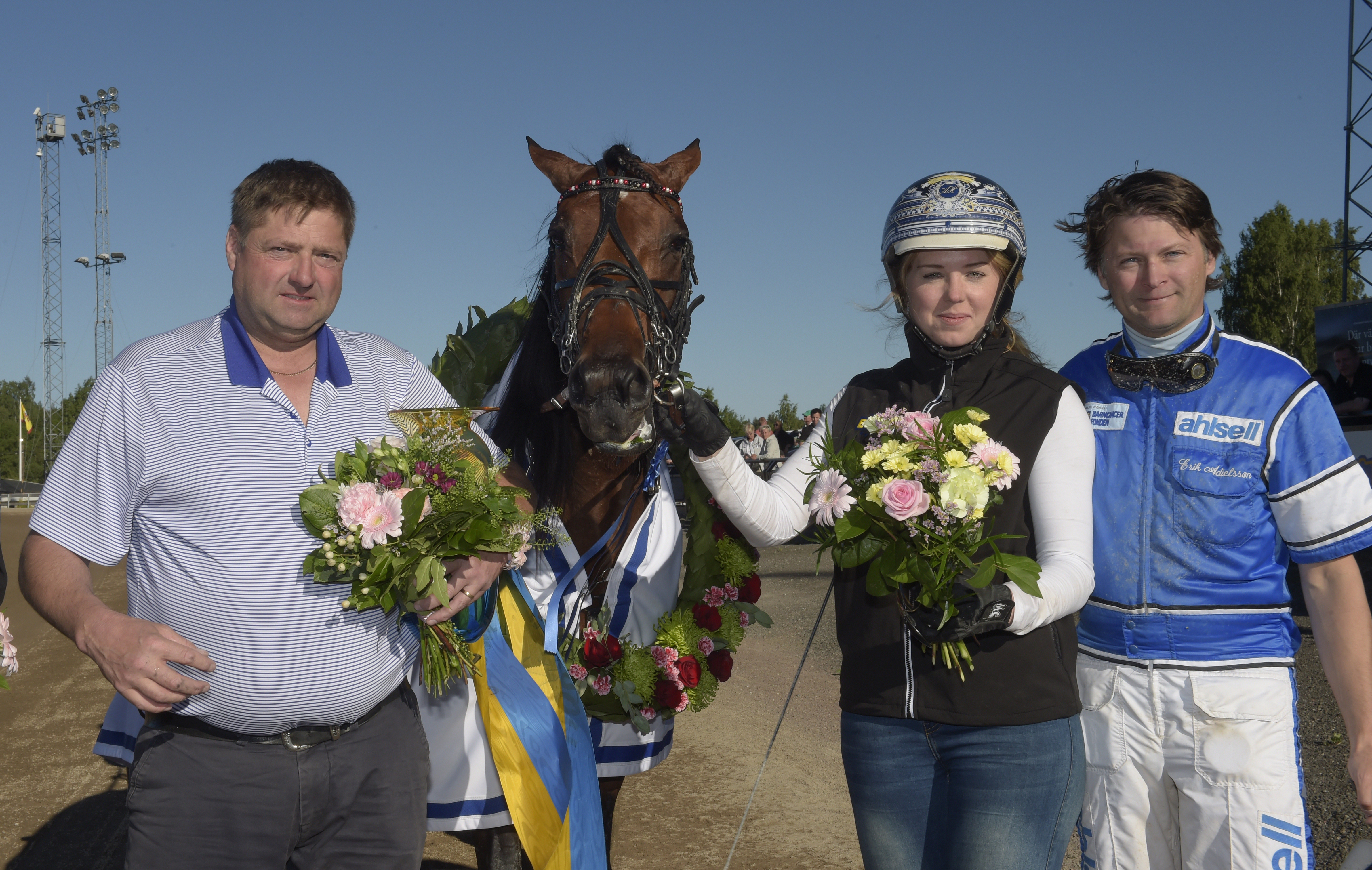 V86®: Båth not demanding a victory for Coin Perdu in his first start back

Coin Perdu is returning to the racetrack after an eight months long hiatus.
But trainer Svante Båth is keeping the expectations down for the return which is scheduled within V86®.
“The most important thing now is to give him a race before the derby eliminations. I’m definitely not expecting him to win”.

Coin Perdu won the biggest race for two year olds in Sweden - Svensk Uppfödningslöpning and stayed undefeated as he won the E3 final in his ninth start last summer as a three year old. He then finished second to Villiam in Svenskt Travkriterium after a strong finish and he finished up the three year old season by winning E3 revanchen at Solvalla on November 28. He so far has 11 wins and one second in 14 starts and earnings of SEK 5.1 million. This Wednesday he’s returning to the races after eight months.
“Our plan was to race him in Kungapokalen (the King’s Trophy) in the spring but he suffered a little set back before the eliminations. He wasn’t sound so we made the decision to aim towards the Derby and Breeders Crown later in the fall instead. Sprintermästaren was never an option and neither was racing him in regular races with SEK 100,000 first prize. So we decided to come up with a new plan and go for the Derby instead” says Svante Båth.

“His form is at 70 percent - will be 20 meters improved”
The return will take place in V86®-2 at Mantorp, a race in the Breeders Crown series where Coin Perdu drew post seven behind the gate. He will be driven by Erik Adielsson and will be the favorite. But trainer Båth is trying to keep the expectations down.
“He has trained well and he felt good training in 1:18 over 1,600 meters recently at Solvalla. It was evenly rated and that’s the fastest he’s trained before his return. I want to emphasize that he needs a race and I would estimate his form to around 70 percent. The most important thing for us is that he finishes top six and that we get a race in to him”.
“I have no expectations on him to win this race and if he does win, I want it to be done our way. I want him to get a nice trip. This is by no means his most important race. We have three weeks before the Derby eliminations and I hope this will be perfect for him and this race will improve him 20 meters”.
“He’s a top horse and I’ve of course been very happy with what’s he has done so far and his thing is that he’s always been well behaved and has always raced well” says Svante Båth.
What about shoeing and equipment?
“He will race with shoes, in a regular sulky and with an open bridle”.

“No super high expectations on him”
You have two more horse racing on V86. Your comments on them?
“Basil Pellini (V86-6) is a pretty good horse who I maybe should have raced in an easier class but I think he shows good ability and I want to try him here. I think he’ll be good this fall and even if I don’t have any super high expectations here, I hope he’ll make it to the Breeders Crown this fall. He won two in a row before making a break in the first turn in his last start. We’re switching to a can’t see back bridle now to get him a little sharper. It seemed like he made a break when he lost focus”.
“Virunga (V86-8) has had a lot of problems. She’s been sick and only raced twice so far this year. She got one tougher heat going into this and we’ll take it as a test to see if we’ll race her in Derbystoet in a few weeks. I’m satisfied if she finishes top six here”.