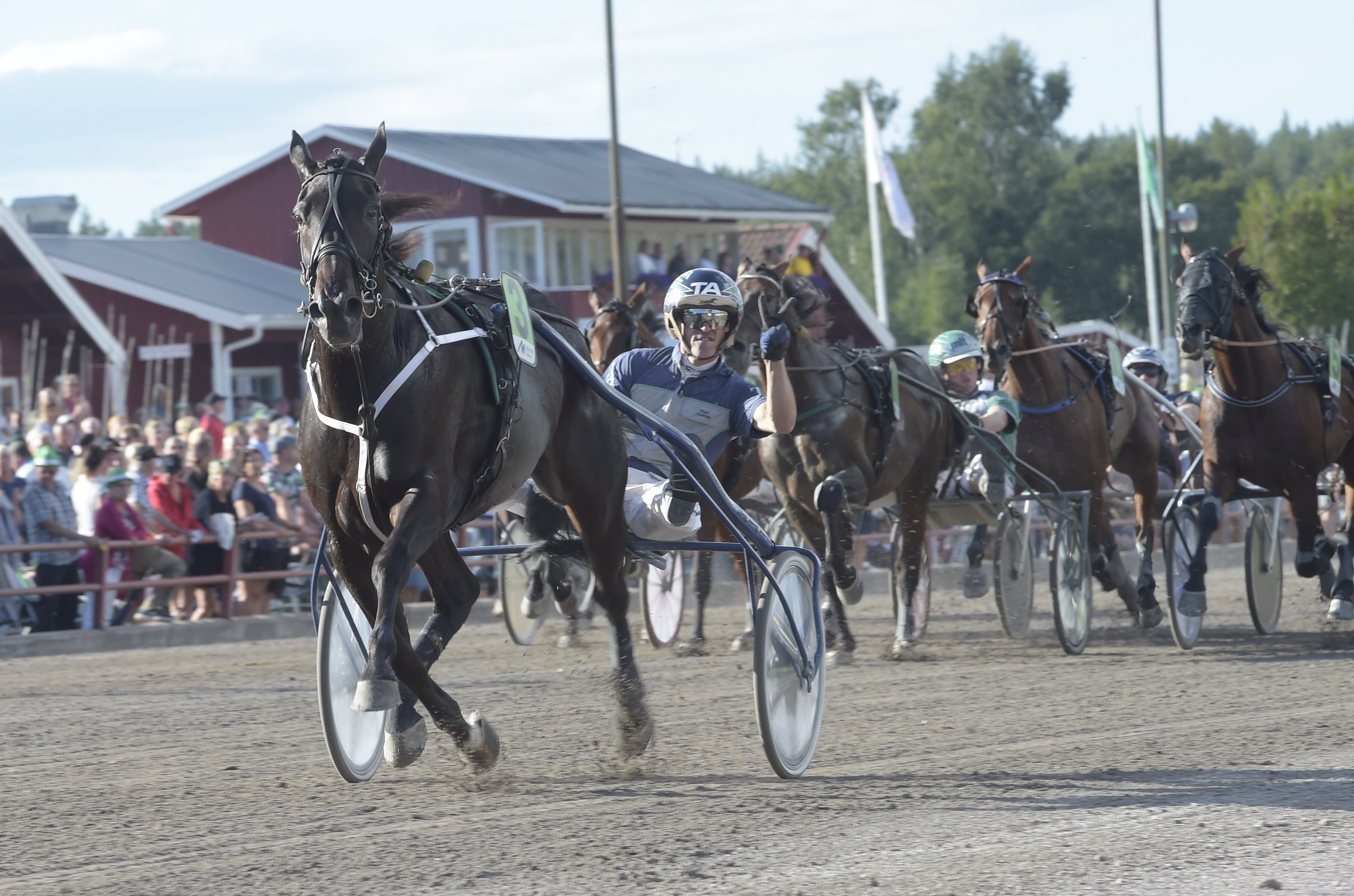 V86®: Danish winters a recipe for success for Highspirit

Letting Highspirit do his winter training in Denmark turned out to be ingenious.
Last year he won nine out of eleven starts and after having spent a couple of months on the other side of Oresund, he could start another winning streak on V86® this Wednesday.
"Flemming has never lost with this horse and hopefully it will stay that way for a while longer" says Highspirit's owner and regular trainer Troels Andersen.

For the second straight winter Gävle licensed trainer Troels Andersen has sent the stable's poster boy down to his countryman Flemming Jensen back home in Denmark.
"Flemming trains pretty much the same way I do and the horse is better when he can train and race all year around. He gets too much energy built up when he's off and I just don't want to give him off in the winter" Andersen explains.
This proved to be a winning strategy last year. He made a break in his first start back but after that he was more or less perfect. Except for the two times he made breaks he went undefeated in 2018.
"He came back from Flemming Jensen in great shape and raced super all year".

"Better than ever"
So far, history is repeating itself this year. Just like last winter Highspirit (V86®-2) made a break in his first start back as he returned to racing in the end of January.
"He started pretty far out behind the gate and he got doubled up in between horses and made a break leaving. I should have just let him fire out of the gate, but I wanted to give him a nice trip and many times that's when things go wrong" says Troels Andersen.
How did he feel, besides the break?
"I would say he felt better than ever before, he felt very good".

Looks like wire to wire
Highspirit will make the start this Wednesday trained by Flemming Jensen and he is also the one who will be driving this start. From post two behind the gate he will be the huge favorite and Troels Andersen is optimistic.
"He has a much better post position now and he should get out of there without any problems. I think he'll make the front without having to get too geared up. We've tried him behind horses too and even if that works fine, the front is where he's at his best".
How does it feel standing on the side watching instead of driving yourself?
"It's more nerve wrecking to watch than to drive. But Flemming is very experienced so they should be fine".

Back to the farm after this start
There aren't too many races too choose from for Highspirit in the southern parts of Sweden in the near future so he'll be going home with Troels Andersen following this start at Solvalla.
"It would have been better if Åby and Jägersro had some classes for him but they don't so he will come home with me. I think we'll have an early spring this year so I can just race him here at home".
What are your hopes for him this year?
"He's eleven years old and did so well last year. He doesn't owe me anything. But I think he can keep going for a while more and have another good year if he can stay sound and healthy and nothing unexpected happens".