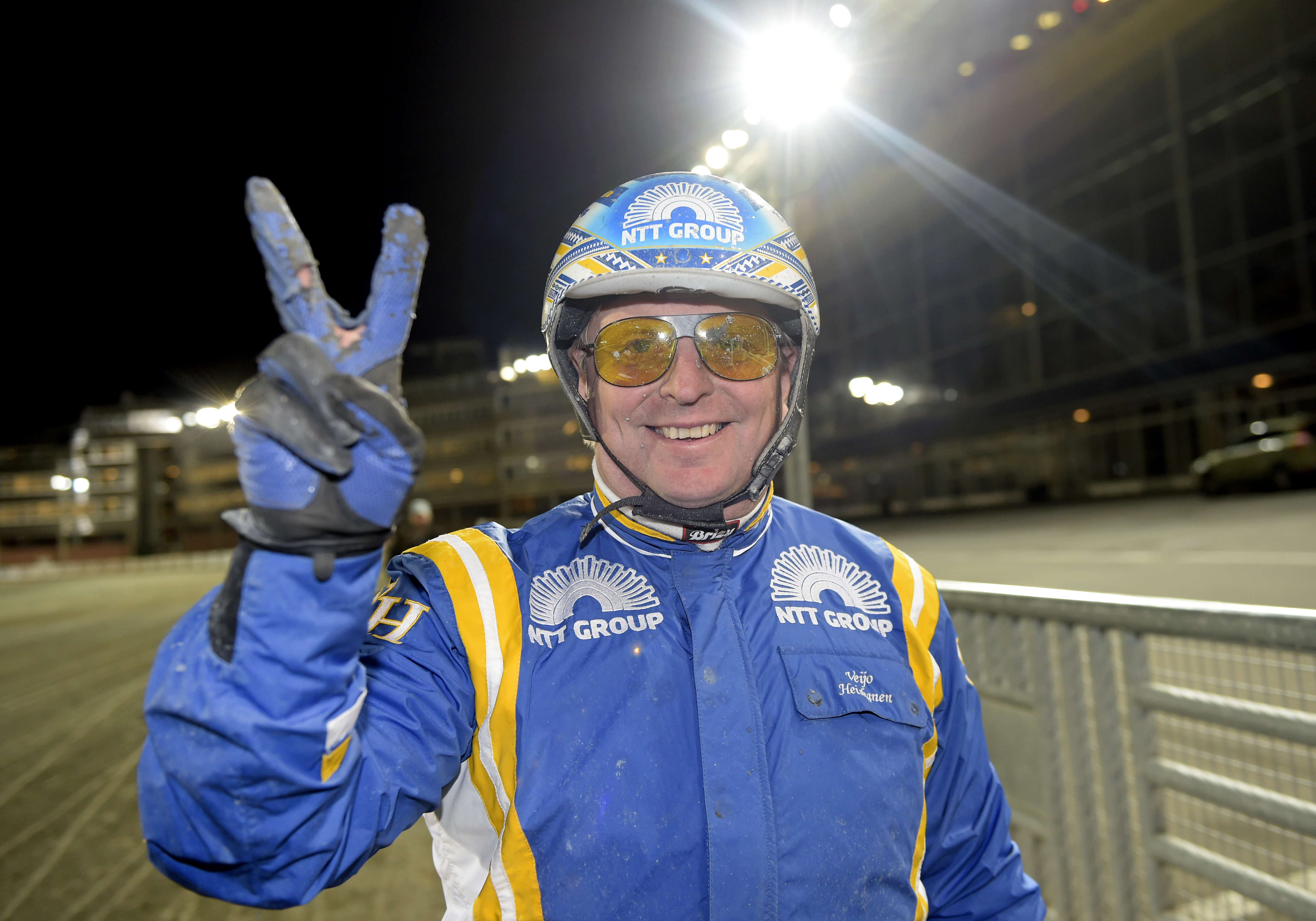 It's a double jackpot on V86 this week and the race card looks interesting to say the least. Veijo Heiskanen puts out a warning for his horse Panther Face who is a serious threat to the favorite in the first race.
"He is due for a win. I think he could win anytime now" says Veijo who still suffers complications after the accident in which he broke his femur last year.
"It's nowhere near being good. I still have pain and I will have a lifelong disability".

Åby and Solvalla shares this week's V86 Xpress which is spiced up with a double jackpot. A sole winner can take home SEK 34 million with all eight winners picked.
Veijo Heiskanen sends out three horses and there is no doubt who has the best chance to win. Panther Face has raced well several times this past summer with a few top three finishes but no wins. He wasn't beaten by much two starts ago and in his most recent start he never got in the race.
"4 Panther Face (V86-1) races well every time and at Tingsryd two starts ago he almost won after a strong finish. In his last start evryone got in his way and he never got in the race. I believe he deserves a win and he is due for one soon. I think he could win a race anytime now" says Veijo Heiskanen.
"I've had the horse in training for a year now but the first six months it was nothing but problems. He was sick and things went wrong and it took some time. He's on the right path now and he has raced well the last few months. He hasn't felt this good before since I got him and his form is the best it has been since he came to us".

"First up will do - I have a good feeling"
As recently as a week ago Heiskanen had a winner on V86 as his girlfriend Henna Halme drove Bag's Simoni to victory. Panther Face is - today Monday - the third most used horse on V86 in the first leg. He will start from post position four behind the gate over the short distance but the lead is probably not where he will end up.
"1,600 meters might not be his favorite distance but the post position is good and I will let him leave as fast as he can. I hope I can find a spot in the two path as soon as possible and first up will do if I get there. I have a good feeling and I think my horse should be considered early here. He will race barefoot, in an American sulky and with a pull down bridle again. He is my best chance on the card" says Veijo Heiskanen.
The Åby licensed trainer lays low though, with his other two V86 starters who both had bad luck in the draw and both will start from post position eight behind the gate.
"8 American Dream (V86-3) did not win as I thought she would in a cheap race in her last start. Now she has post position eight on the wrong distance for her and it will be tough for her here. She's racing for a check. No changes".
"8 Puccy Italia (V86-7) races OK and he's in good form but he also lost the draw and got post eight. He is quick out of the gate but you can't leave from that post, then he won't have anything left for the finish. I have to lay low and we're hoping for the last check. No changes".

"One more year then it's over - it's tough"
Veijo Heiskanen has cut down and today he trains around 20 horses. He still trains at the training center Balltorp close to Åby but according to previously made plans it will cease to exist in the future as there are other projects planned on the land the training center is on.
"One more year and then it's over. We have to move from here and I have no idea where we will go. I haven't found a place yet and it's tough" says Veijo.

"Still in pain - lifelong disability"
Veijo has been bothered by other issues during the past year after he was in a training accident last summer. As he landed he broke his femur and was forced to take a long time off work. He is still not completely recovered.
"It's nowhere near being good. I get around alright but I have a lifelong disability. I'm OK and I shoudln't complain. But I still feel the pain of the accident sometimes. I've been going to physical therapy two, three times a week for the past eight months and I have gotten better but I will be never be a hundred percent again. But I manage".