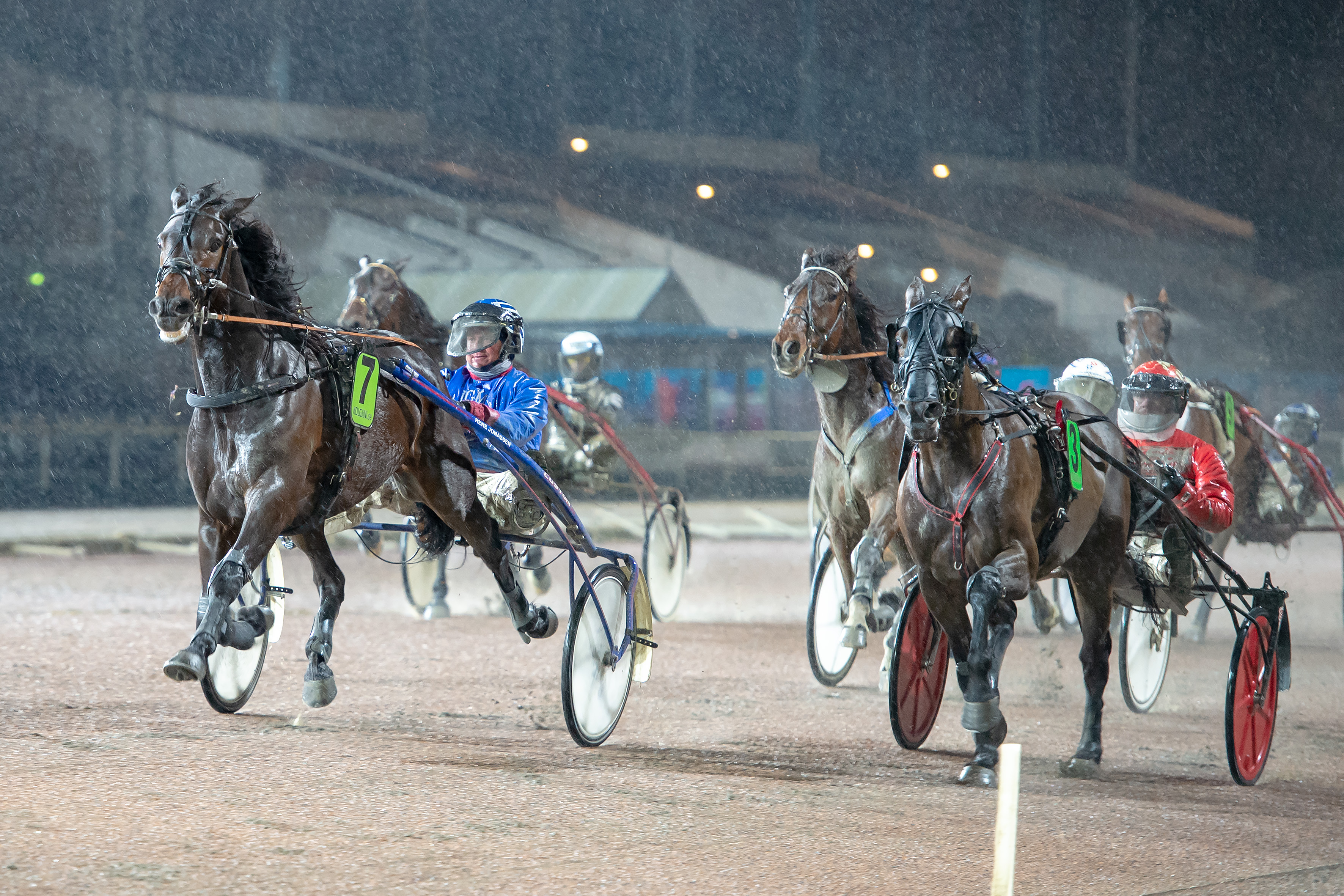 Cody is a Danish winning machine who has won most of his starts the hard way.
Two starts ago he crushed his opponents despite a trip parked outside the leader - and now he'll be the favorite on V86®.
"He's an incredibly strong and tough horse. He'll go barefoot for the first time in his life. I think it will be a different gear" says trainer René Jonassen.

This Wednesday's V86® card is split between Jägersro and Solvalla. Starting in the first leg is the Danish winning machine Cody, with trainer and driver René Jonassen from Charlottenlund. Jonassen runs an 18 horse stable at Skovbo racetrack, 30 kilometers from Copenhagen. Cody is the star of the stable and the five year old gelding won 7 out of 14 starts last year and two starts ago he won impressively on V75® at Jägersro.
"Cody (V86-1) is an incredibly strong horse with a great attitude. He has actually won most of his starts from outside the leader. He loves to train and to race. He's always in a great mood and he's a pleasure to work with" says René Jonassen.
"He came in to my training as a three year old and after having surgery in a knee, he started being successful. He's come a long way and I think there's even more to come. For example he's never raced barefoot before, Wednesday will be his first time".
"Throat issues in his last start"
What can you tell us about his last when he finished fifth in a V75 final?
"He wasn't as good as he usually is and it turned out he was sick, throat issues. He received treatment and is fine now. I've trained him several intervals and his heart rate is where it should be and he seems to be on top again. He feels just as good now as he did winning on V75 two starts ago" says René.
"First time barefoot - hoping for another gear"
Cody will be the distinguished favorite in the first leg of V86 at Jägersro. The distance is 1,640 meters and he drew a perfect post two behind the gate. Trainer Jonassen is optimistic and as mentioned this will be first time racing barefoot for Cody.
"He's not super quick out of the gate but from post two I thin we'll get a trip second or third over. I count on a good effort and if he's as good as he was when he won on V75 he should have a very good chance to win. Either way I think he'll finish top three".
"This will be the first time barefoot for him and I hope he'll find another gear. It will be very interesting to see. He'll race with an open bridle and a regular sulky as usual".