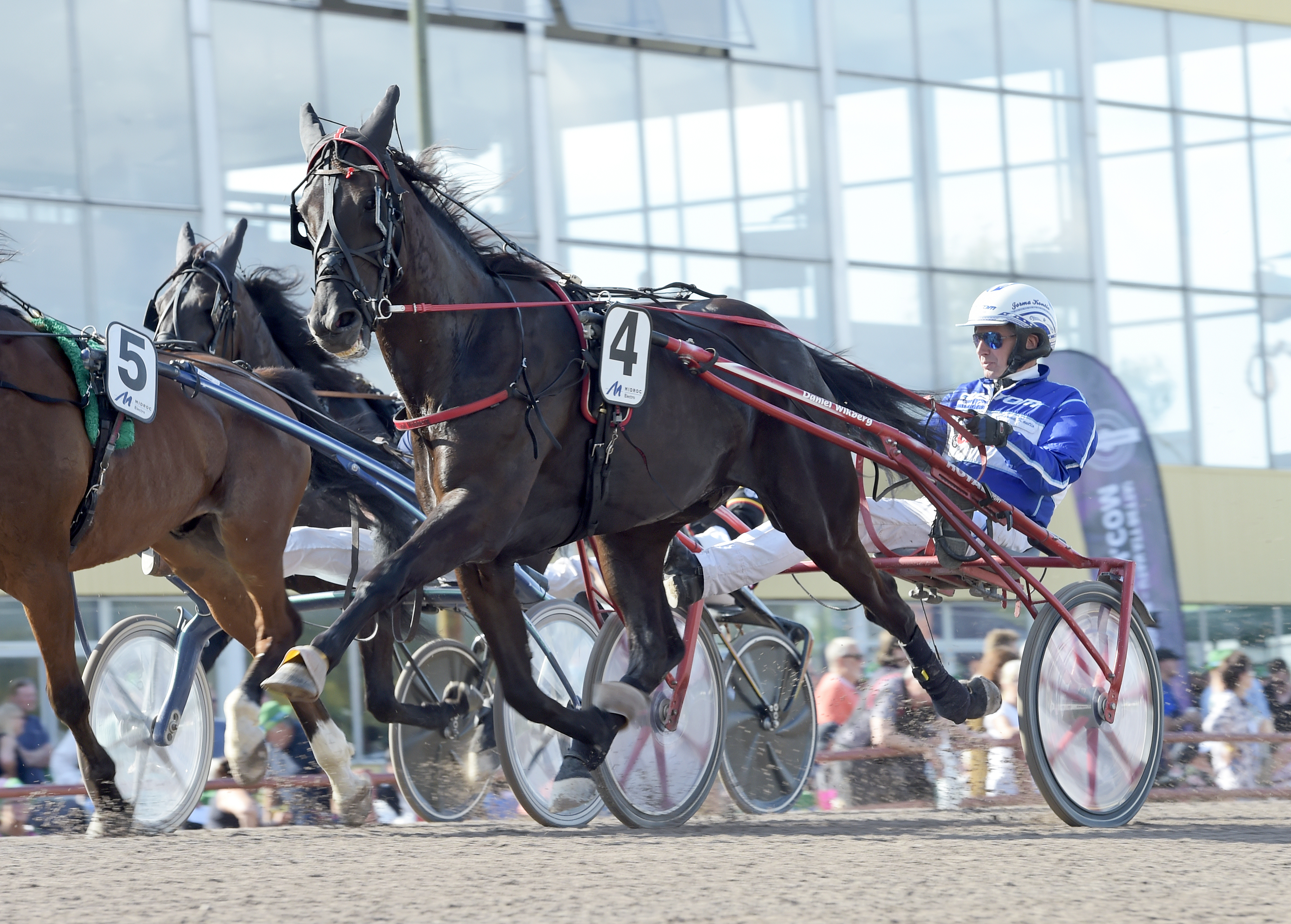 Weekend Fun is a well known name for the V75® bettors.
On Wednesday he is racing on V86® - in a very fitting race for him.
"I actually wasn't going to race him until February but when I saw the lack of entries here, I couldn't help myself" says Daniel Wikberg.

Weekend Fun (V86®-1) is close to Daniel Wikberg's heart. The six year old is on the doorstep to his fourth season on the racetracks and so far he has taken 16 wins in 46 starts and earned SEK 1.6 million. His biggest win so far came in a V75® final at Solvalla in 2018.
"I really like this horse. He has a tremendous attitude" says Daniel Wikberg.
He has raced his horse frequently on V75 and last spring he won in the silver division. Of last year's 16 starts, 13 of them came in the second highest class of the Swedish Trotting League and in eight of those starts he finished top four. But Daniel Wikberg wasn't entirely satisfied with the last start of the year in the middle of December.
"He got a bit fed up with the silver division and maybe I raced him there one too many times. That's why we had to rewind a bit. He was sore in a fetlock behind in his last start and got treated after that. He feels good but because of the lack of real winter weather I haven't been able to train him the way I want to. He's not at all sharp right now".

"He's so darn quick out of the gate"
Weekend Fun's form is the big question mark for the V86 start this Wednesday. The race itself is pretty much a perfect spot for this quick starter, who drew post four behind the gate.
"It feels like the right type of field so I thought he could go out here and have some fun. He got a good post and he's so darn quick out of the gate. In his last start he wasn't himself but he was sore in a fetlock behind and he's smart enough to not want to go when he's hurting somewhere. He's sound and healthy now and he feels like he normally does. He wasn't even blowing after training the usual intervals in the uphill last week. But he hasn't gotten any real heats and I guess on a scale from one to ten his form is a five".
It's easy to think 'wire to wire' when reading the program. What are your thoughts?
"I would like that" says the Östersund licensed trainer with a laugh before continuing:
"We will have to see how he is warming up. If he's sharp and loaded, then Magnus (Djuse) can put him on the front of course. But if the horse is calm and relaxed I think it will be a nice and easy start to save the speed for the finish. It doesn't really matter if he races on the front or from behind".

Summer in France
How does the 2020 plan for Weekend Fun look?
"I want to try racing him the gold division. It's tough to trot a low 1:11, but he trotted 1:10.9 last year so the speed is there. I just have to have him good and sharp when he will face the best ones. We might also try him in France this summer. It's all up to himself. He will decide" says Daniel Wikberg.