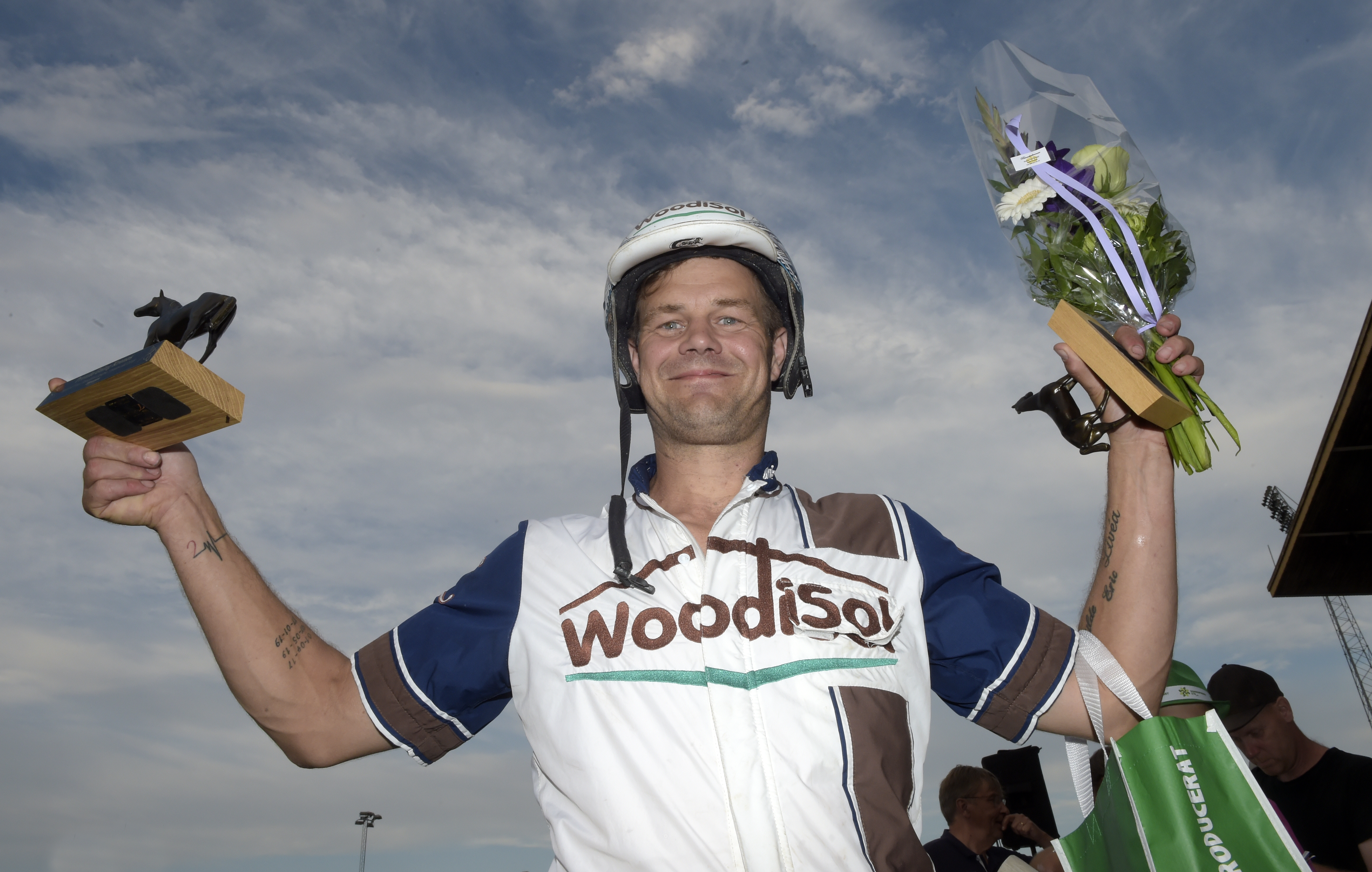 V86®: Frankenstein Am - a derby horse according to Linder

His stable is in great form and his horses are winning every fourth start they make.
Fredrik Linder believes he has a future star in Frankenstein Am who is racing on V86®.
"I think he's a derby horse" he says and declares he should have a great chance to win on V86.
"On a scale from one to five it's a 4.8".

The V86® summer tour goes north and on Wednesday it's Rättvik's turn to be the host.
V86 is the betting form that really delivers when it comes to payouts, last Wednesday a sole winner collected a SEK 16.1 million payout for all eight winners picked.
Fredrik Linder is a guy who together with his girlfriend Magdalena Eriksson has a stable in top form. They have 20 horses in training and their win percent this year is an impressive 26 percent.
"Things have gone well but we moved to a new farm two weeks ago so we'll see if we can keep it up in the future. We should start to see the results from new farm soon, wether we train the right way or not here. It seems good so far even if the horses are still racing on the old training for the other farm" says Fredrik Linder.
"We're stabled out in the woods between Avesta and Sala and it's only 30 kilometers from the old farm. I've told people who have asked me before about the high win percent that we had a good winter and that my horses fit their classes well compared their abilities".

"Won easily without being tired"
Two weeks ago Fredrik was very optimistic and said his horse Falcon Am had a very good chance to win on V75®, which he did easily. Now he has another good chance on V86 with Frankenstein Am. He's only made four starts for Linder but has won two and finished second once in these four starts. It's easy to hear that the Romme trainer thinks very highly of this four year old.
"Frankenstein Am (V86-5) is a derby horse I think if things go right with him. He's very capable and I heard that Lutfi Kolgjini (who trained him before) had him ranked as his best three year old last year. Then I don't know what happened. We treated a couple of things when he arrived and things have gone great with him" says Fredrik Linder.
"He won easily in his last start and Kevin said he had plenty left in him winning in 1:14.5 over 2,640 meters. He showed that he can leave when he followed the car as the gates opened. Then he was able to set the tempo he wanted on the front end and when Kevin asked him to go in the last turn he finished very well".

"He's a better horse than the race he's in"
Frankenstein Am will once again be driven by Kevin Oscarsson in the fifth leg of V86, from post three behind the gate. Trainer Linder is optimistic and thinks he should have a great chance to win again.
"At least he's a better horse than the race he's in. Post three is ok even if I would have preferred four or five since the start comes right out of the turn in Rättvik. If everything is as usual he should have a great chance to win this. I estimate his chances to 4.8 on a scale from one to five. No changes, he'll race with shoes again" says Fredrik Linder.
And adds:
"I've never had a horse for the derby before but I've sat behind many horses for both Stefan Melander and Roger Walmann and I know this horse feels like he's something extraordinary".
You also have stable mate K.S. Cascade in the same race, coming off a win. What do you think about his chances from post eight?
"K.S. Cascade (V86-5) was very good when winning at Solvalla. Before that I thought he was a bit of wimp, making breaks in tight spots. I told Kevin Svedlund before his last start to just be careful the first 400 meters and after that you can drive however you want".
"Mika Forss who will drive him now also drove him in his last start of last year but then he had post twelve over 1,640 meters. Mika liked the horse and said he'd like to drive him again so this was a fitting race being that it's the World Driving Championship there and all. His earnings are nowhere near his ability even if he's a couple notches from Frankenstein Am's level. I still think he could make another SEK 500,000 before we start seeing his limit. If he survives the first 500 meters then I think he'll put in a good effort and he could end up top three. No changes, he'll race with shoes again".