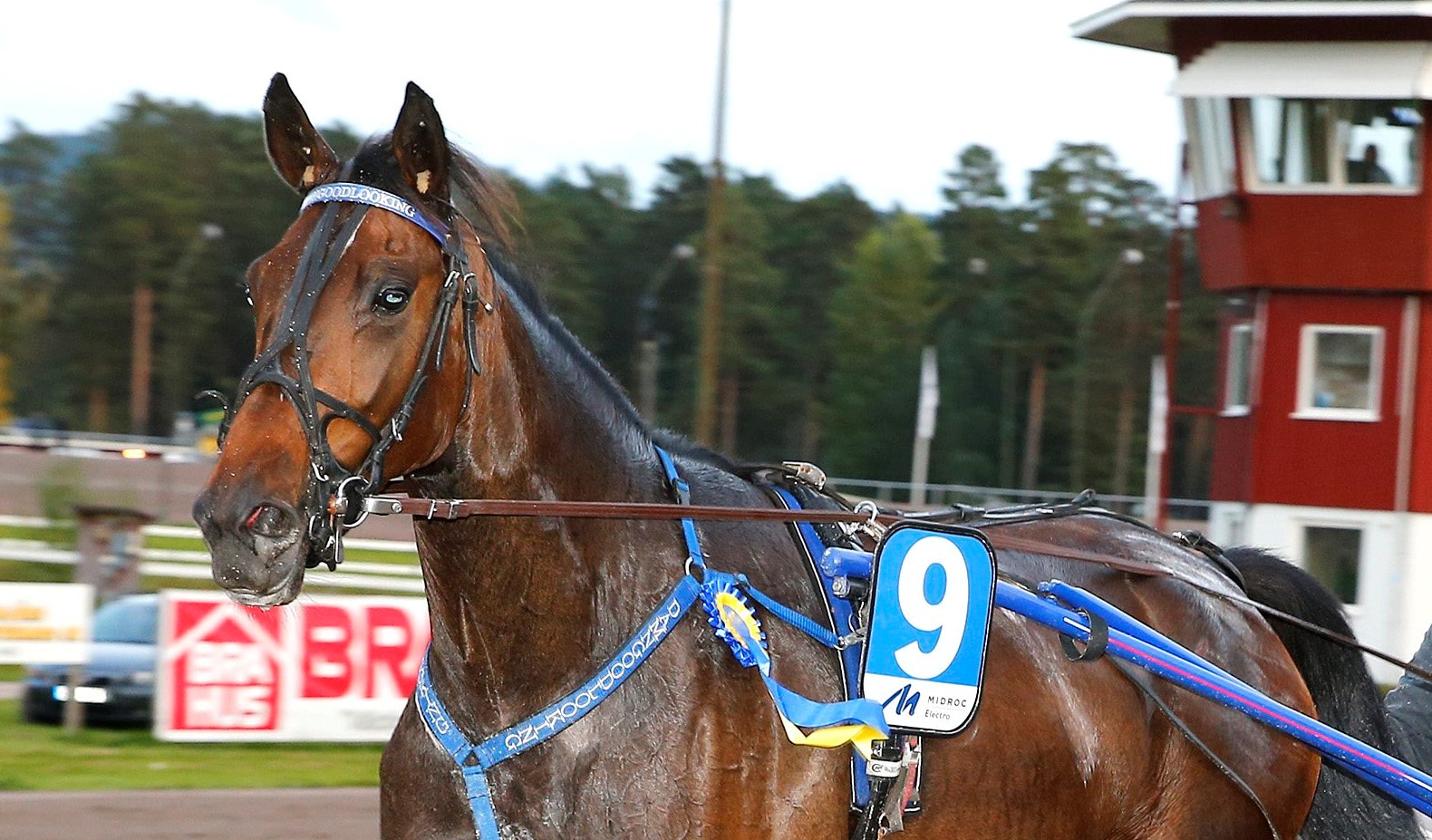 She has won four in a row on Gotland.
On Wednesday she switches coasts to extend her win streak.
"We would be stupid to travel that far if we didn't believe in her" says owner and trainer Frank Wideström about her upcoming V86® race at Åby.

The four straight wins really makes Damngoodlooking (V86®-7) catch your eyes when you look in the program for this week's V86 races. But at a closer look it's clear that the seven year old mare's way to the winners circle has been far from straight. When she came to Frank Wideström and his girlfriend Linda Leino in Visby in the spring of 2017 she only had one win in 19 starts and due to a suspensory injury she hadn't raced in ten months. When she was ready to race in the spring of the following year the happiness didn't last for too long.
"She trotted 1:15 in her third start for us and won. But she broke down again” says Wideström.
Another year of rehab was needed.
"Me and my girlfriend were pondering what to do with her but since she's such a nice horse we decided to give her another chance. People have called us stupid when they've heard what we've done. And about our shoeing. She basically walked on two centimeter high heels and we walked her three-four times a day. People told us to throw her out in a field and we did the exact opposite" says Wideström laughing.

Will be a mother next spring
In April Damngoodlooking returned to the races with an easy win on the front. After that she was missing in action for another four months. But not due to a new injury.
"No. Her legs have been good this year, knock on wood. She's in foal to Tobin Kronos and she will only make this start plus one more".
It's not unusual for mares to race after they've been bred. It's also not unusual that they improve once they are pregnant. Damngoodlooking for sure hasn't been any worse. A month ago she won on the front end again and in her last start she rounded the field from third over for her fourth straight win.
"I'm proud of her and I think she's been great. Especially in her last start when she was out three wide the last 900 meters and still won. She was really good then and I don't think we've seen her all yet".

"We believe in her"
The trip from Visby on Gotland to Åby outside Gothenburg will start already on Tuesday.
"That will be some trip...But I don't think it will a problem for her. We'll stop over in Kalmar and go from there Wednesday morning. So she'll get a rest on the way and I think it will be fine".
When you travel that far you must have some serious hopes?
"Yes, we do. Everything seems fine with her after her last start and we believe in her. I don't know the opponents but as long as the trip goes well I think she'll have a chance".
This race a leg of Diamantstoet where the final will be raced at Solvalla on the day of the Swedish Kriterium, Sunday September 29.
"That's what we hope for. It would be great to make her last start there".