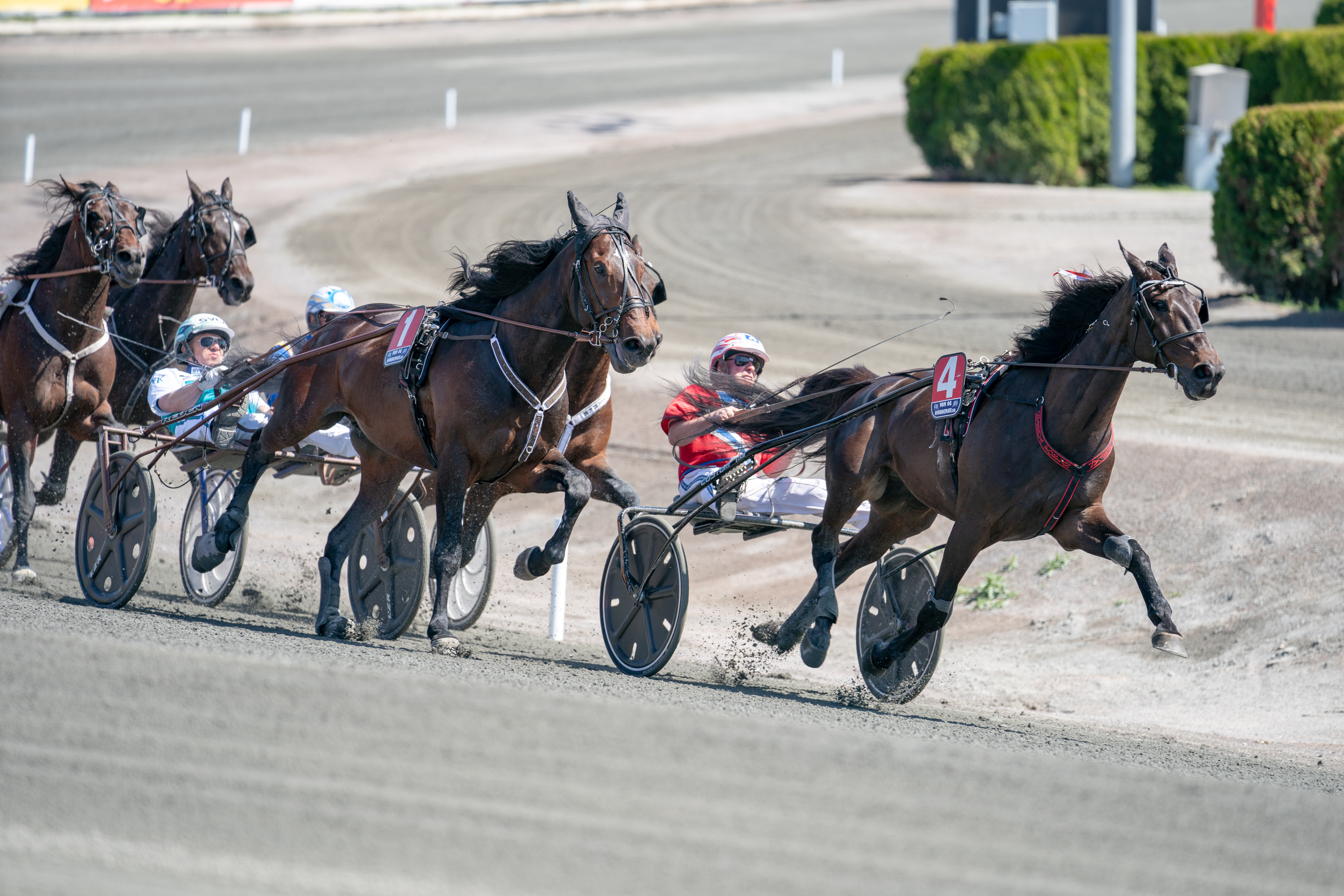 V86®: Has taken another step up

Four wins in seven starts this year.
Charrua Forlan keeps getting better and better and on Wednesday the eight year old is looking for another victory.
"He's gotten stronger, he's grown and become even tougher" says trainer Hans-Owe Sundberg who is racing two horses on V86®.

Charrua Forlan (V86®-7) wins every fourth race according to statistics, but this year he has won over half of his starts. His trainer and driver has also been improving his numbers. Hans-Owe Sundberg has already surpassed his earnings from last year.
"It has started off well. We were racing already in the wintertime which is something I usually don't do that much. The horses got started late last year, there were a lot of minor issues and some of them had to keep racing" says the Solvalla trainer.
Charrua Forlan comes off a win in Midsommarloppet in Rättvik where he went wire to wire. Four weeks earlier he showed off his sprint abilities when he won an elimination of Sweden Cup during the Elitlopp weekend. The winning time was 1:09.7 which was a new lifetime mark.
"He races well in each and every start and this year he has taken another step up. He still feels very good, happy and alert" says Hans-Owe Sundberg.

Important margins
On Wednesday it's once again a sprint race and just like at his last three wins Charrua Forlan has drawn post four. Among the opponents are Pastore Bob, Cain Griff and In Vain Sund who is returning to the racetrack after almost six months off.
"They are all good leavers around me. I have to try to leave with them, he has shown that he really likes the short distance. I will leave and then we'll see what the others do and where we'll end up - if I get to front I will race him there" says Hans-Owe Sundberg and continues:
"He has shown that he's good enough to take on these horses. There are small margins and they're important so if they go our way we can win it but we might just as well finish fourth or fifth even though he raced just as well".

Charity event
Charrua Forlan is racing in V86-7 at Lindesberg which is a charity event for Barncancerfonden (children with cancer). All the participants are donating SEK 1000 each and Linde Travklubb will match that amount at least. Hans-Owe Sundberg welcomes this initiative.
"I usually donate now and then. It's great being able to help, especially for the kids who will get a chance to live".
The Solvalla trainer is bringing one more horse to Lindesberg. Eldorado B. (V86-2) is racing in Fornabodas fyraåringspris (four year olds only) and drew post position two behind the gate.
"He seems to be in good form and he drew well. I hope to get a decent trip and end up in the photo".