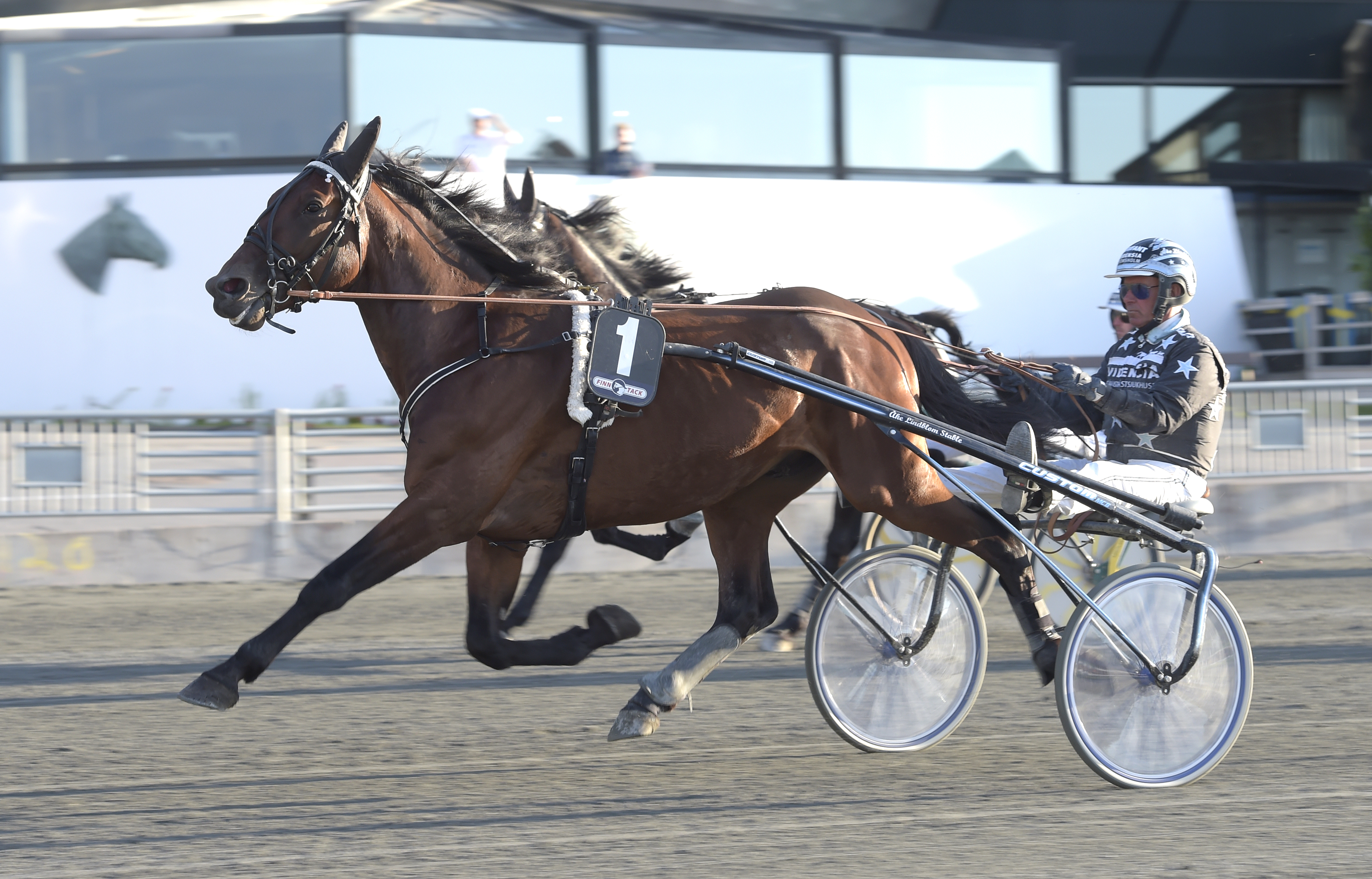 V86®: "His chances of winning the race are good"

Åke Lindblom usually doesn't beat around the bush when he likes his chances.
He doesn't this time either when speaking about this week's V86® races at Lindesberg.
"Kaiser Southwind's chances of winning the race are good. He'll race barefoot all around this time" says Lindblom.

V86® continues its summer tour on the country's smaller tracks. On Wednesday it makes a stop at the cozy racetrack Fornaboda in Lindesberg, where the picnic baskets are a common view in the green grass surrounding the racetrack.
"It's always very nice and a good crowd when the bigger races come to these smaller tracks. Lindesberg is a charming place and it's fun racing on days like these. The weather is supposed to be good too" says Åke Lindblom.

"A very nice and promising horse"
He is licensed as trainer at Örebro, which is the neighboring track to Lindesberg. Åke Lindblom races there often and with great success. On Wednesday he will make the trip with one horse, Kaiser Southwind. He won very easily in his last start which was at Lindesberg and three starts ago he raced well against the better ones in his crop at Solvalla and finished fourth behind Jaguar Dream and Forfantone Am.
"Kaiser Southwind (V86-1) is a very nice and promising four year old stud horse who has raced incredibly well. He's progressing nicely and keeps getting better and better. I have big hopes for him in the future" says Åke Lindblom.
"I trained him today (Monday) and he felt good. In his last start he won a pretty cheap race after I put him on the front. At Solvalla three starts ago he crossed the finish line at full speed against very good horses. He had post one behind the gate then and left very well without even being pushed".

"The plan is wire to wire"
Speaking of post position one, that's where Kaiser Southwind will start from again in the first leg of V86. He is not that much used on the V86 tickets as we speak, only fifth most used horse in the race. But according to trainer Lindblom he's almost a given winner.
"Post one behind the gate at Lindesberg is good so that's perfect. I think he has a good chance of holding up the lead. If so, his chances increase even more.
Could he go wire to wire?
"Haha, I'm always optimistic but that's the plan at least. I think his chances of winning the race are good".
Any changes this time?
"He will race barefoot all around this time. In his last start he raced barefoot upfront but with shoes behind to save an extra gear for this start. I actually entered him to the Margareta race at Solvalla but he didn't get in there. So we'll have to show them here instead" says Åke Lindblom.

"Potential of becoming a top horse"
Speaking of the Margareta series at Solvalla, Lindblom will race who he says is the stable's best horse there in a leg of V64® on Tuesday. The three year old Love You colt won a race in the Margareta series in May and earned SEK 300,000. He now has a chance of doing that again.
"Karat Band is a fantastic horse with the potential of becoming a top horse. He's done everything right except for in his last start when he made a break but that was an accident. He got spooked when I pulled the earplugs and made a little jump as he was going very fast".
"He's still a baby and I've taken it easy with him, even he's already made a lot of money. I've trained many Love You horses but this one has been the best of all of them in the first five starts. He's a big horse and far from complete yet so I hope there's a lot of progress left in him".