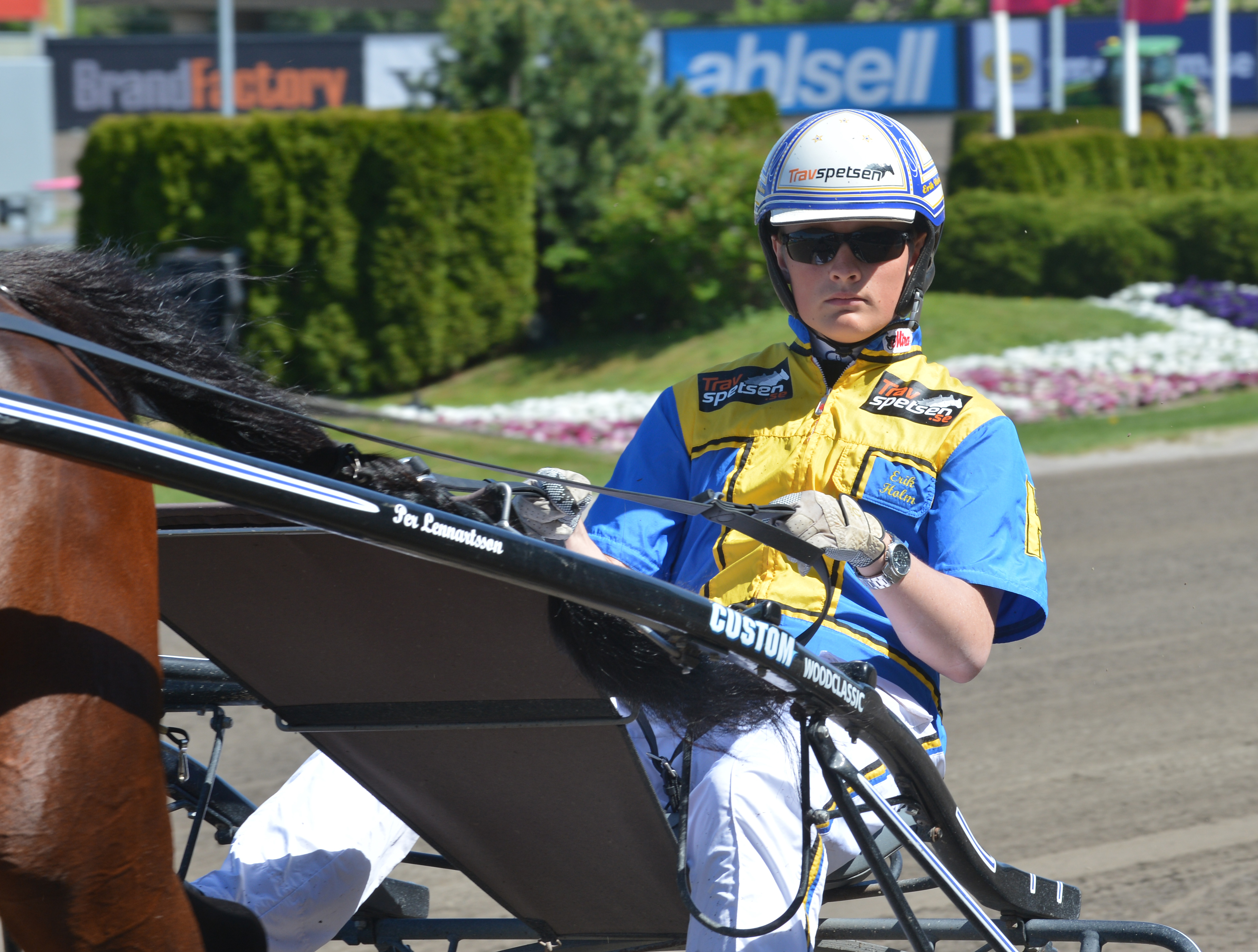 V86®: Holm's horses should go on the ticket

Hagmyren-licensed trainer Erik Holm has a stable in good form and he is looking forward to V86® on Wednesday.
"I have two decent chances and you shouldn't leave either of them off your ticket".

Erik Holm started as a professional trainer already as a 23-year old and he trains at his farm in Åkre. He currently trains 17 horses – most of them are younger.
"I think I have a pretty good stable now and I have several interesting horses. I have two three-year-olds I hope to start racing soon. Sure, I would like a few more race horses but I think the future looks bright. I have good training opportunities here with a sand track, a straight track, an uphill track and also trails in the forest".
Erik Holm hopes to be seen on some bigger scenes such as V75 and V86. On Wednesday when Bergsåker co-hosts V86 together with Solvalla, the Holm stable sends out two starters in good form.
"I think they have raced well lately and they should both be taken seriosuly. 6 Just More Fun (V86-1) raced in a tough V75 race on a pretty demanding track last time out and I was very happy with her. It's been a while since her last start so I trained her a bit tougher last Monday and she felt very good".
"She also felt good when I trained her last Friday. Just More Fun can leave pretty fast and I would have wished for a little bit better post position, but it also could have been worse. She's only in against mares this time which is an advantage and I think she should have a decent shot to win. If I change anything it would be the bridle, but it depends on how she warms up. She can be a bit sharp and then she will race open, if not she will race with an open eye blind bridle".

"Shorter time in between starts is a plus"
"4 Date Night (V86-5) is a nice horse that we bought last summer, hoping he still has a lot undone on the tracks and can be able to move through the classes a bit. He had raced pretty frequently and he needed a break and to put some weight on. We started over with him and trained him and he has responded well to that and has gotten better and better. I was happy with him in his last start and before that he hadn't raced for a while so the fact that there's shorter time in between starts now is a plus".
How is he out of the gate?
"He leaves OK and I'm thinking about racing him in an American sulky to get him to leave even quicker. Best scenario would be if he gets to the front, then I think he has a good chance to win. But the risk is that there's someone quicker and then I hope he gets a decent trip somewhere close to the front. I have hopes for him too and I think both of my horses should go on the ticket".
Which one do you think has the best chance to win?
"I think it's Just More Fun. She's only in against mares this time which is a plus".