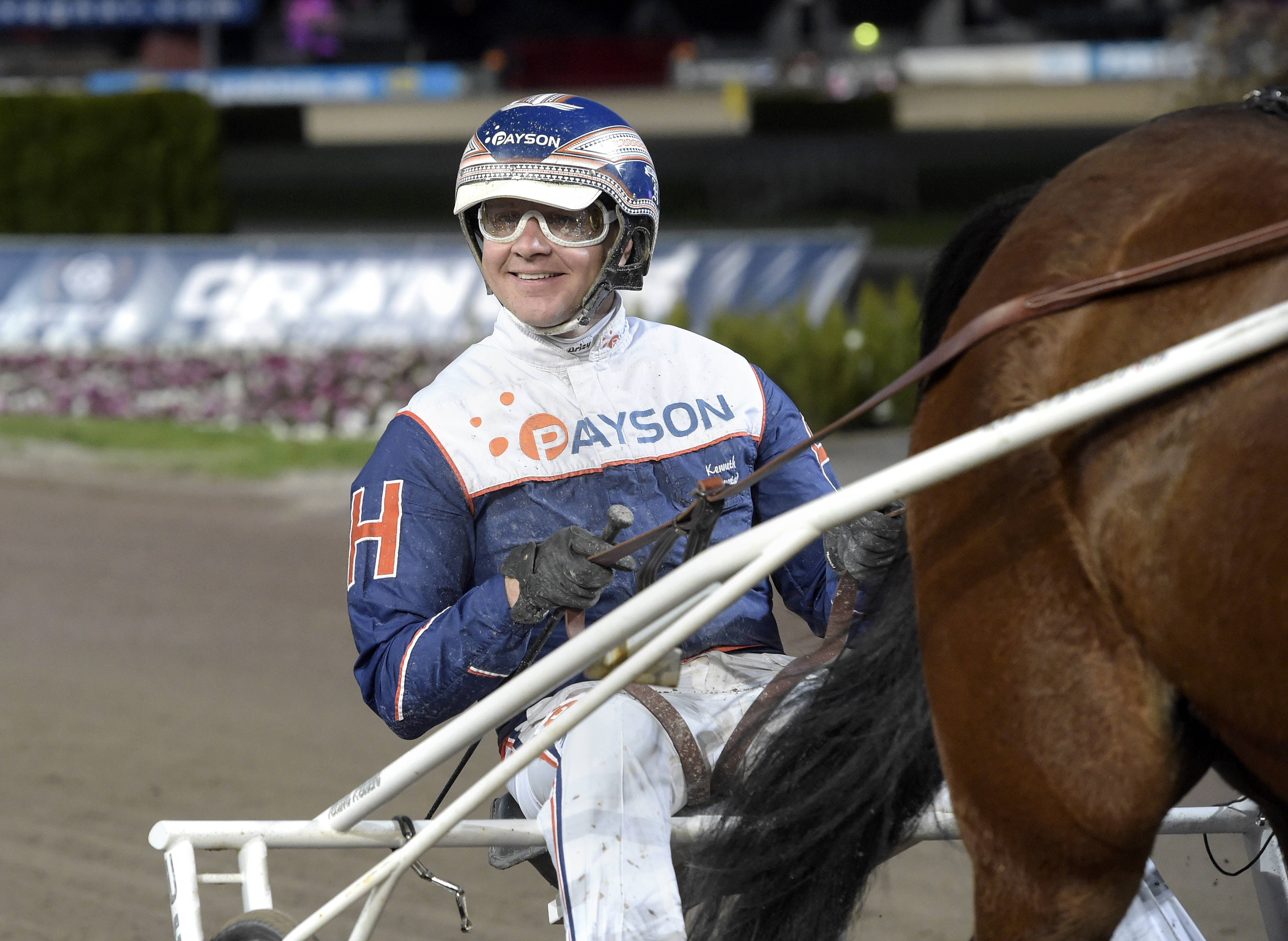 Kenneth Haugstad has started off the year at a comfortable pace.
On Wednesday he steps it up as he has two V86® starters making their seasonal debuts.
"I am pleased with both horses in training and I think they deserve to go on the ticket" says the Solvalla trainer.

Kenneth Haugstad opened up his own stable two years ago after having worked for several of the biggest trainers in the country and acquired solid knowledge.
"I also worked in the United States for two years. I worked for Brett Pelling and others, Brett is a real horseman and I learned a lot there" says Haugstad.
Together with girlfriend Jeanett he runs a stable of around 30 horses. The couple has two children who also take up a lot of their time.
"We keep busy and there's always somehing to do. I have also chosen to spend more time with our boys and I don't drive as much as I did a few years ago".
The racing season is just starting and the Haugstad stable has mostly younger horses in the stalls.
"It just turned out that way. We don't have enough racehorses now, but we have some nice three-year-olds that we have high hopes for this year. There are four or five of them and they will start racing soon and then we will see if they can make it to any of the bigger stake races".
Last year Modern Times made it to the Breeders Crown final for four-year-old mares and finished fourth there.
"That was a highlight and nice to know that we're doing things the right way".

"I think he will end up battling for the win"
On Wednesday it's V86 and as usual four of the legs are being raced at Solvalla and Haugstad has two nice for-year-olds racing and he praises 7 Locale Boko (V86-6).
"He's a very nice horse. He showed a couple of times last year that he is more than just an average horse. He's strong, tough and has a great attitude and that takes them a long way".
How has he trained this past winter?
"I have trained him a lot, to build him up even more. I don't go fast in training. He has trained 1:28/2,100 meters in a jogcart. Either way he is well prepared. He is strong and he benefits from the long distance".
Could he be a winner right away?
"I think he will race well and that he will end up battling for the win. He is in against a couple of good horses. High On Pepper and Ferox Brick are horses I have respect for but my horse is also good. He will race barefoot upfront which definitely is an advantage".
3 Nero Zon (V86-4) is also making his first start of the year. How well prepared is he?
"He had myocarditis in his last two starts so he can't be judged based upon those starts. He has been trained a lot too and he has also trained in 1:28/2,100 in a jogcart. He can leave fast and I hope to take advantage of that. I took a quick look at the race and it looks like an even field and I have hopes for him to be battling for the win too".