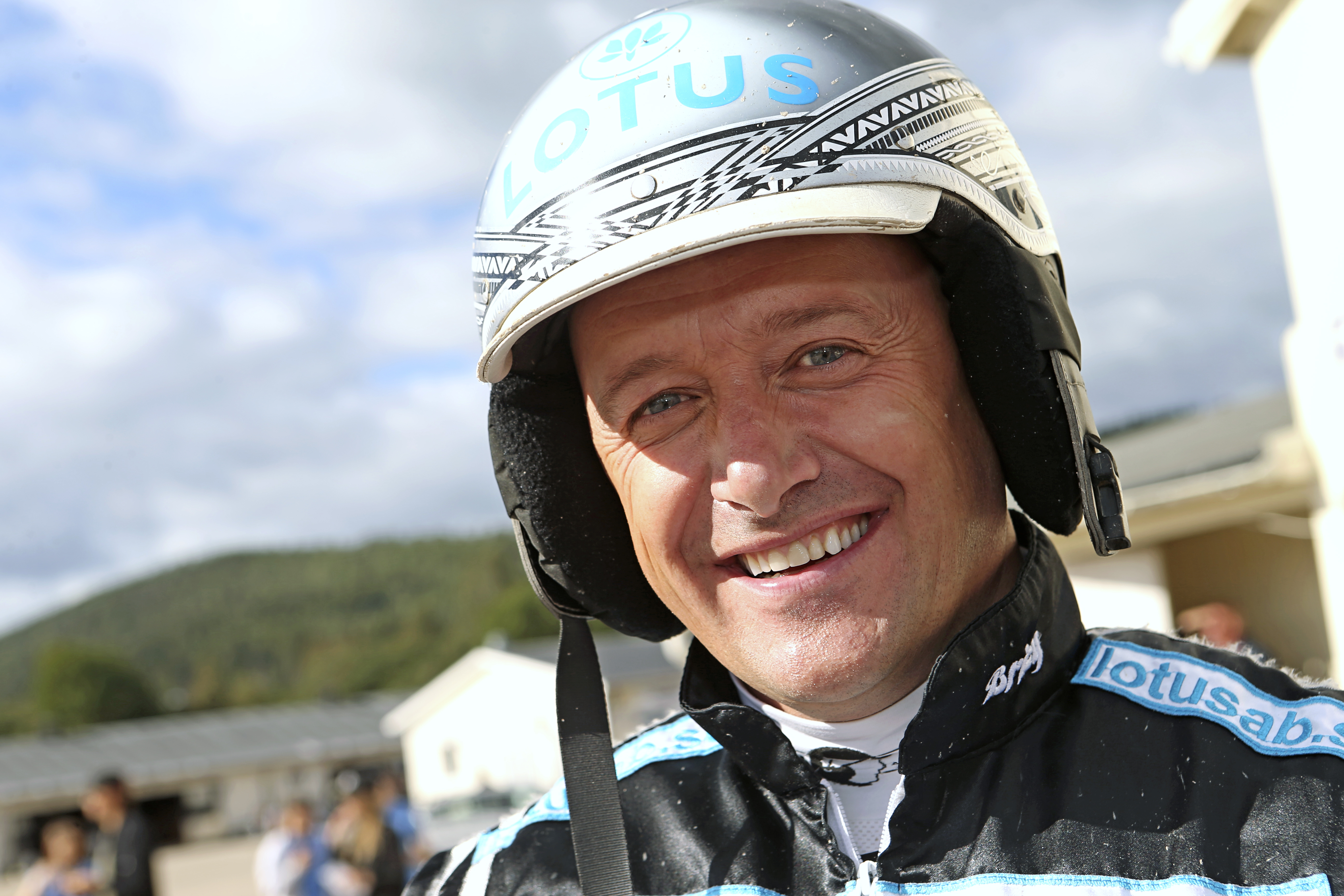 Robert Bergh has some good chances on this Wednesday's V86®.
One of the hottest chances is Worrywart, partly owned by ex hockey pro Mats Sundin.
"If he behaves it should be a good chance to win" says Bergh and also reveals which horse has a very good chance to win.

Åby licensed trainer Robert Bergh has for many years been popular with the NHL players as well as other hockey players and coaches who he has trained horses for with great success. The legend Mats Sundin is no exception and he's currently involved in three horses in the Bergh stable. One of them is Nimbus C.D. who currently is injured and hasn't raced for over two years. Nimbus C.D won the rich Jubileumspokalen as a five year old, then trained by Stefan Hultman. He's also been with Pasi Aikio and Peter Untersteiner without any success. Since last spring he's been with Robert Bergh and after having a lot of time off things are now starting to go in the right direction.
"We've made some progress with Nimbus C.D. It went slow in the beginning and he had a major issue with a hind leg as well as some standard issues. He has trained in 1:25 at Bergsåker and if things go well he should be race ready in six to eight weeks. His injuries have gotten stable but we're in a critical phase right now and we have to take our time with him to make sure he holds up" says Robert Bergh.

"Worrywart strong - won without being tired"
But before Nimbus C.D. is ready to return, Mats Sundin can watch his Worrywart who has taken four wins in eight starts. After a little break this past summer, he has won easily in his last two starts without being tired. On Wednesday this four year old gelding makes an interesting start on V86® at Åby. It's a card they split with Solvalla and it comes with a jackpot where a sole winning ticket would pay SEK 12 million.
"Worrywart (V86-1) has a good gait but has been too hot and also had a period where he got tired all the time. He had throat surgery this past summer and after that he's been strong and has won two in a row. In the beginning he had problems with his gait but he's stable now" says Robert Bergh.
"He's been strong in his last two starts and has won without being tired. My only concern is post five behind the gate. It's normally a good post but he can tense up right in the start. We'll have to leave nice and slow to keep him trotting. He should be able to develop further and if he behaves he should have a good chance here. No changes".

"On the right path as a gelding"
Robert Bergh has three more starters on V86, one of them is a very good chance. Here are his comments:
"Elcamino Dimanche (V86-5) was castrated last spring and he's on the right path even if he's made three breaks in a row now. There have been different reasons, in the Kriterium elimination he was too heavy and is his last start he was having trouble at the start. He was good when he won four starts ago, that was his first start as a gelding. The way he trains, it feels like he's ready to put in a real good effort now. But his post position isn't the best being in the second tier and 20 meters behind".

"Very strong effort - can definitely win"
"Caligula (V86-6) is very good for his class and he's been good in three straight wins. He's had post one behind the gate twice and had held up the lead both times. So he can leave well and hopefully he can take advantage of the post position again. You can always get in trouble from post one, but he can well enough that even if he doesn't get the lead there should be other alternatives. He's a real good horse who in his last start raced with bell boots which made him a bit clumsy, so we'll take them off for this start and he'll race as before, barefoot behind. He's my best chance on the card".
"Aperfectdream (V86-7) has put in many good efforts lately but we expect even more from him. He was interfered with in his last start, that's why he made a break but two starts ago he gave us a very strong effort when he finished second despite racing out wide. Even though he will start from the second tier he can definitely win this race. I have a feeling about racing him without shoes but I have to warm him up before I can make that decision" says Robert Bergh.