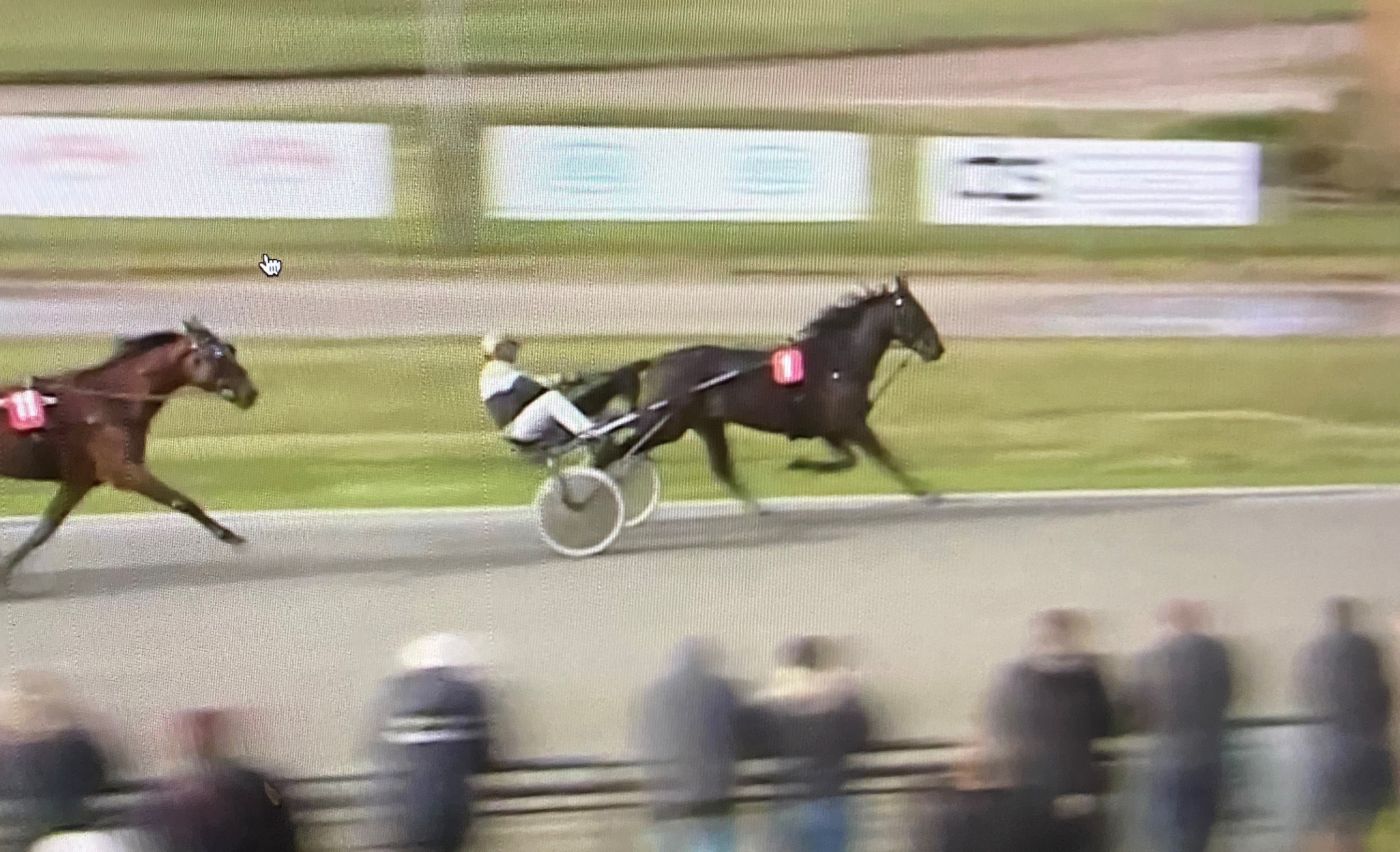 Giantissimo is a real winner. He has 10 wins in 15 career starts so far.
On Wednesday, when V86® is spiced up by a jackpot worth SEK 17 million, he chases his ninth consecutive win.
"He hasn't lost since he came to me and I don't think he loses this time either" says trainer Morten Juul.

Danish trainer Morten Juul comes to Sweden to race at times and he often does it with horses born in Germany or France.
"I have a very good contact in Holland who I trust and he is in touch with Hugo Langeweg Jr and others. They have found several high-quality horses that have raced well in both Denmark and Sweden" says the Skive-based trainer.
Garantissino looks like a bargain. He has made eight starts for Morten Juul and hasn't been close to losing yet. V86® on Wednesday is split between Solvalla and Jägersro and 9 Giantissimo (V86-3) is racing at the latter and he seems to be singled on many tickets.
"He is one heck of a horse. When he came to us he was a bit nervous and had made quite a few breaks, but he had also shown a lot of speed and ability".
What have you done to make him a winner?
"He likes the way we train. We train a lot, but not fast and he stays calm and his self-confidence has gotten better".
How has he won these races?
"He has won with all kinds of trips. He won easily from behind in his last start, when he started with a handicap and at one of his earlier wins he trotted the last kilometer at 1:12-speed like a walk in the park so he has a lot of ability".
What is his best feature?
"He is both strong and fast. Giantissimo hasn't been tired at any of his wins and he feels very good and keeps developing constantly".
Do you have anything negative to say about him?
"He can be a bit nervous and I am worried about the start. Starting from the second tier in volt start this time is good for him and I think the risk of him making a break in the start is not very high".
Giantissimo seems to be the huge favorite, is that the right assessment?
"I think so. He is still in cheap considering his ability. The long distance is an advantage and the horse feels very good in training. If he just gets away trotting I don't think he loses this race".