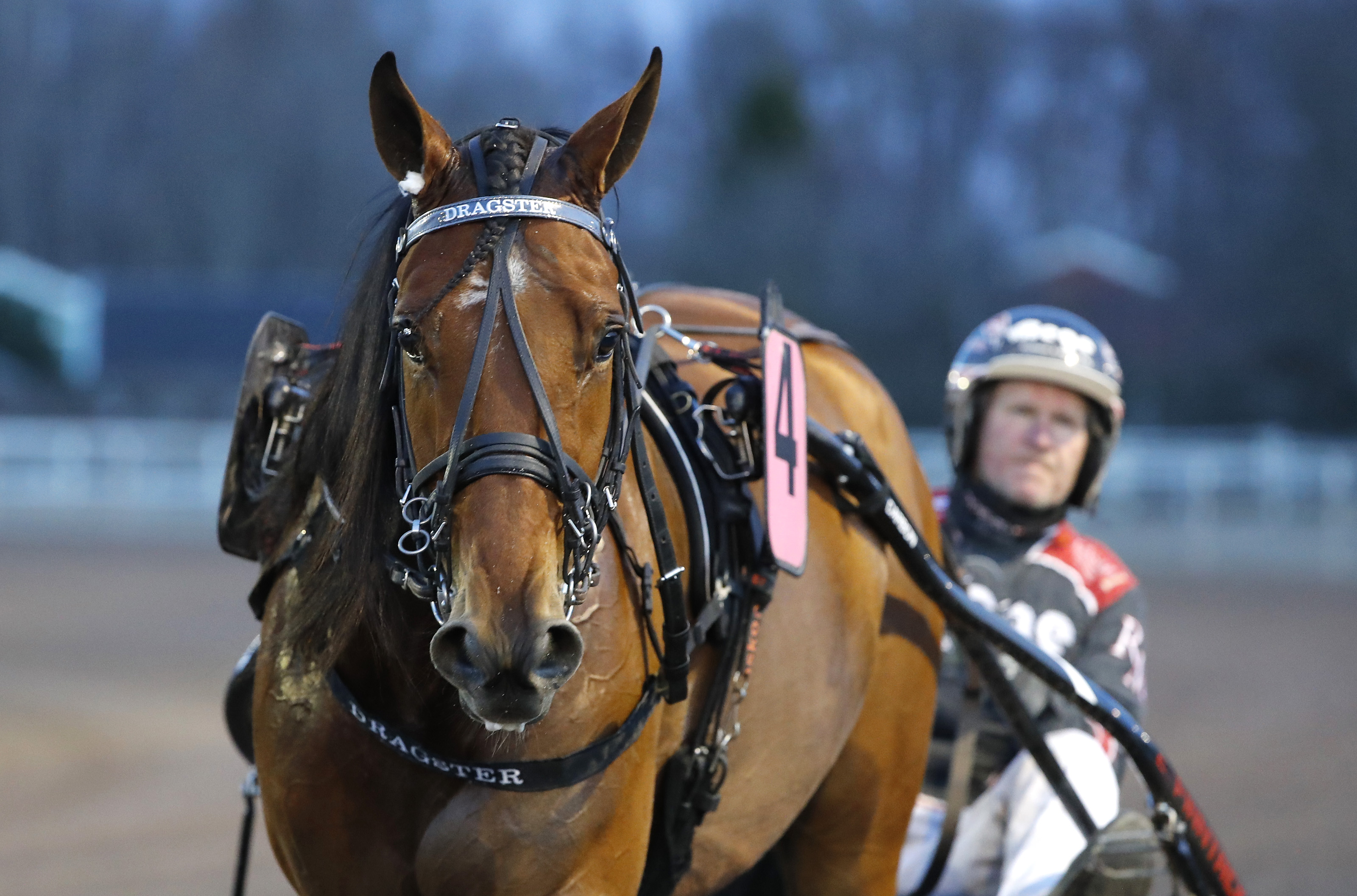 V86® jackpot: "Normally a good chance - but hard to tell his form"

The catapult leaver won five races in eleven starts last year.
Now Roger Malmqvist is hoping to get a jump start on the new year by winning with Dragster on V86®.
"Normally it's a good chance but it's a little hard to tell his form right now" says Malmqvist.

Winter Burst® is done and V86® is returning on Wednesday. This jackpot card is split between Solvalla and Jägersro. According to the calculations a lone winner can take home SEK 13 millions.
Roger Malmqvist has had great success with Dragster who is closing in on SEK 1 millon in earnings. The six year old gelding has won eight races in his career and five of them came last year in eleven starts. One of the victories was on V75® at Mantorp where who won on the front end and beat Aron Palema. But he was scratched lame for the V75 finals at the Elitlopp weekend.
"It's all or nothing with Dragster. When he's not sound he's very hard on one line but when he's sound he's a very nice horse. He's a very fast leaver and can race from any position" says trainer Malmqvist.
"Something strange happened to him before the finals at the Elitlopp weekend. We never really found out what, but we treated him and he got better".

Won in Belgium - broke in France
Dragster has two wins after that lay off and his last win came in Belgium on October 27 with Dominik Locqueneux.
"He won impressively that day. He let Ludde's  Clemenza Am go to the front and when he attacked he just left them behind. It was a great trip and an easy win" says Malmqvist.
Dragster has also been to France and made three starts during the fall and winter without any success. His last start was at Vincennes on December 16 where he made a break and was disqualified.
"He made a break in his last start and Dominik said he had no explanation. He said the horse felt good and just got tired. He hadn't raced in 1.5 months prior to that and he was used hard early".

"Normally it's a fitting task"
On Wednesday Dragster is one of the favorites in V86-1. He has post four behind the gate in a seven horse field at his home track. Normally Roger Malmqvist would have thought it's a very good chance to win, but the Jägersro trainer puts in a warning.
"He had a long trip and just returned from France yesterday (Sunday). He's just jogged a little and looks and feels sound and fresh but I'm unsure of his form. Normally it's a fitting task and he's one of the horses who can win this race but like I said I'm a little unsure of his form" says Malmqvist.
"The plan is to go for the lead but I'm not sure if we can get past Amour du Coglais who drew inide of us, If so, it;s not the end of the world and I'm not killing my horse just to get to the lead, he races well from behind too. He'll race with four aluminum shoes which he's raced well with before. He'll race in a regular sulky as usual" says Malmqvist.