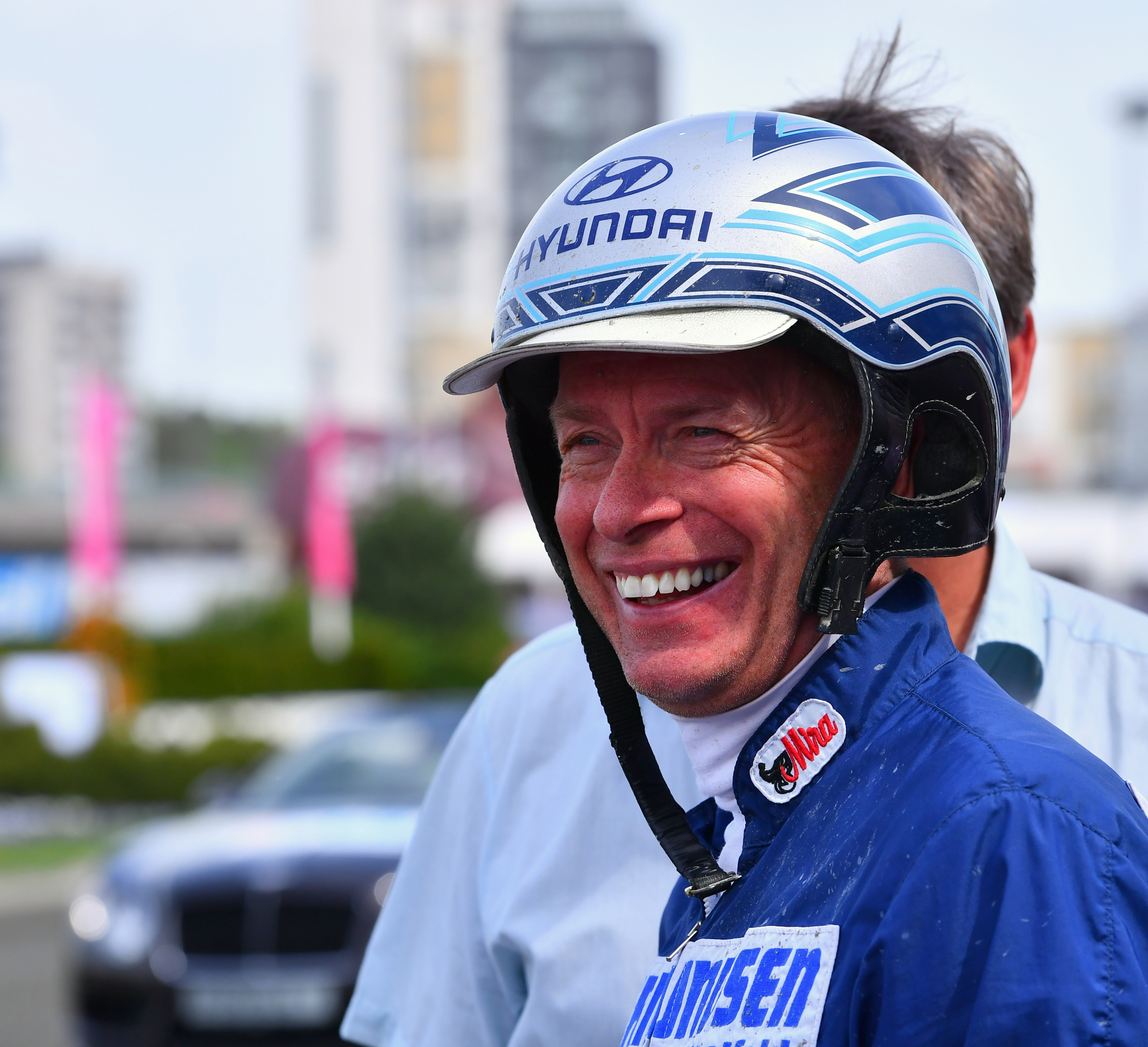 A very interesting jackpot is coming up in this week's V86®.
A trainer who really has it made with several great chances is Frode Hamre.
"My horses are in top form and all three of them drew well. My best chance should be Ecurie D." says Frode Hamre and revels an interesting equipment change on one of his other horses.
"It could be first time American sulky. I don't think there are many mares in Sweden who are better than her".

It could very well turn out to be a clean sweep for Norway's champion trainer in V86® at Åby. Frode Hamre will send three horses in good form, all to be driven by Sweden's best driver Björn Goop.
V86 this week is very interesting out of a betting perspective with a jackpot where a sole winner with all eight winners picked can take home SEK 11 million, according to ATG®'s calculations.
"I've understood that my horses will be betting favorites. I think they should be. They're good horses and they have shown good form in their races lately. They've trained well and they all drew well. The competition is always tough at Åby, so we'll see" says Frode Hamre.

"Björn was very pleased with him"
We'll take them in order starting with U.S. born three year old High Into The Sky who after two starts on Scandinavian soil is undefeated since coming to trainer Frode Hamre. He first won at Bjerke and in his second start he was by far the best when winning at Åby with Björn Goop driving. He looked far from tired as he crossed the finish line. Goop will drive again and they will start from post position five behind the gate in this 2,140 meter race.
"High Into The Sky (V86-4) felt great in his last start and Björn was very pleased with him. He's a big and strong horse who we bought at an auction last fall after his two year old campaign in USA. He wasn't a very expensive horse and he arrived to me in November and he's been training since. He's a nice and strong horse who handled the longer distance well even if it was a cheap race that he won in his first start for me. He has most of the features a good horse should have, he can leave, he can switch gears quickly and he goes the distance. This is a five horse field and I think he should have a very good chance. Since he's a big horse he should improve with each race. No changes, he'll race with shoes again".

"Ecurie D. won very easily in his last start - a top horse"
In the sixth leg of V86 Frode Hamre will send out Ecurie D. who has raced twice and both impressively. First start was at Solvalla and the most recent one was at Åby. This three year old colt is very promising and won his debut in 1:14.3 over 2,140 meters started with the gate and he looked impressive also in his most recent victory.
"Ecurie D. (V86-6) is a very promising colt and he has all the features a top horse should have. He's strong and he's very quick out of the gate. He feels good in training and should be even better this time. I really like this horse and post two behind the gate is perfect. Considering how good he's been, I have to be very optimistic again. I think he's my best chance on paper. No changes, we'll go with shoes again" says Hamre.

"She's the second best mare in Norway"
The third and last horse from Hamre stable is Rebella Matters in the seventh leg. The four year old mare won five out of twelve starts last year and in five starts this year she has two wins and been top three in four of them.
"Rebella Matters (V86-7) is very good and I think she's the second best mare in Norway after Hillary B.R. She has trotted 1:13 over 2100 meters lately and been very good. Her last start was in a mares final at Bjerke where she advanced with 1,200 meters to go and the pace was kept high so she got beat by a horse with a better trip. Two starts ago she was sitting far back in the field and finished very quickly against good horses. Three starts ago she won for fun at Momarken".
"I think her and Björn Goop will be a great fit and I think she'll benefit from being raced with a whip in Sweden. She feels very good in training and we might try and American sulky on her for the first time. We haven't decided for sure yet but it's possible. I trainer her dam Mystical News and I won the derby for mares with her. This mare has inherited her best features, being strong and tough. Without really knowing the opponents I think she should have a good chance. I can't imagine there are many four year old mares better than her in Sweden. We'll continue racing her with shoes." says Frode Hamre.