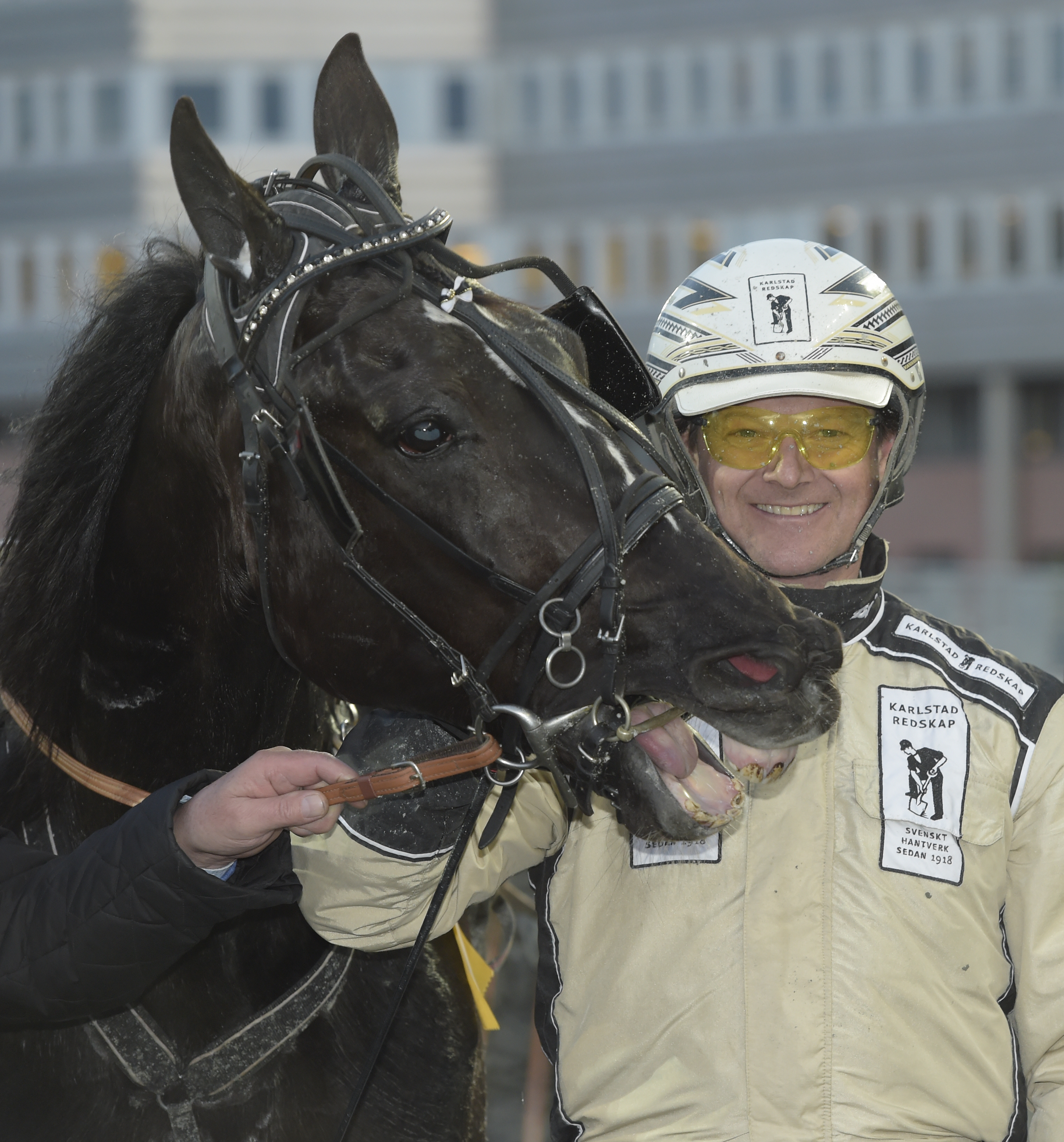 When Charlock Wiking (V86®-4) just flew to the front from post eight behind the gate back in May at his home track Färjestad and took his fourth straight win he looked like he was going towards a great season. But instead he had to spend the summer in his stall.
"He came up lame after his last start and it turned out to be a chip in a fetlock (ankle) that we had to surgically remove. After that he needed some rest before we could resume training and we've given him plenty of time" says Magnus Jakobsson.
The layoff was further extended when Charlock Wiking caught a cold as he was race ready two weeks ago.
"He had trained very well before that and now after his cold we've just trained him nice and easy, in 1:30 speed, but he feels good".

"Will develop nicely"
Charlock Wiking is barely in top form when he comes out in V86-4 on Wednesday. Post position eleven over the short distance is no advantage either. But this is not just any horse. He has made seven lifetime starts and if you disregard the two times he's made breaks last year, he's won every start he's made.
"He does everything he's supposed to in the races, even if he's a little laid back so far. He hasn't really gotten it yet, but he does it so easily and when I ask him to go, he goes" says Magnus Jakobsson who sees a lot of potential in this gelding.
"If he just gets to race consistently I think he will develop nicely and become a very good horse".
Nobody would be surprised if the return Wednesday ends up another victory but considering the conditions this time Magnus Jakobsson doesn't want to expect too much out of his horse.
"We didn't draw all that well so I'm just going to race him from behind and let him finish. It doesn't feel like I will win but we'll see how it turns out. I think the bettors should look at him as a possible longshot".