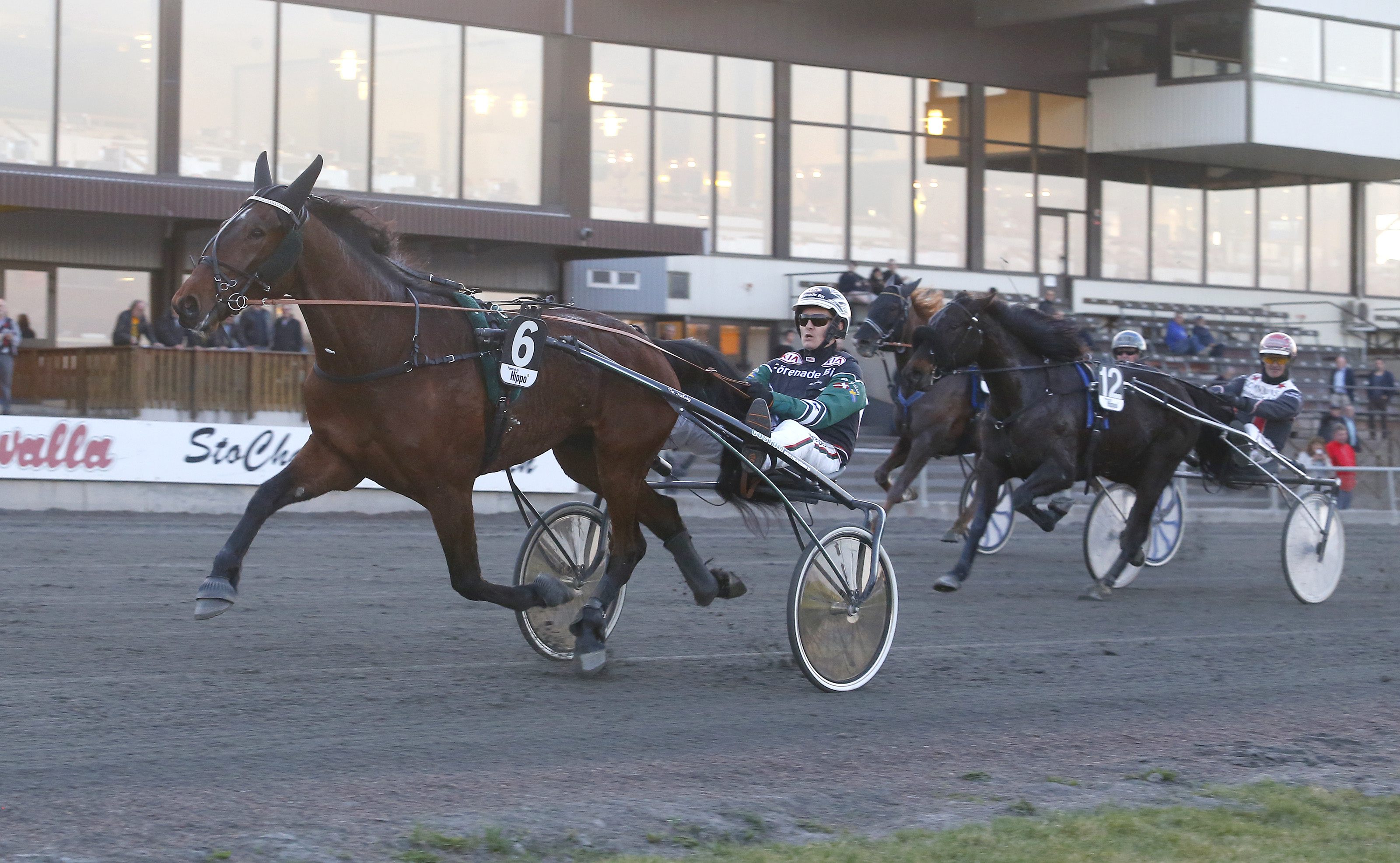 Five wins in six starts.
Vinci Power has kept on delivering and impressing - in the lead.
"It hasn't been my plan, it just turned out that way. If i end up in the lead I will race him there" says trainer Bo Falsig about the upcoming V86® start at Vaggeryd.

Vinci Power (V86®-6) has impressed in all his performances so far. The four year old started off his career with four straight wins and after a tight loss in his fifth start he was back to his winning ways again in the next one.
"He has raced well in all his starts. He's a big, heavy horse with a lot of potential to develop. What you don't squeeze out of them right away, you'll have saved for later I believe" says Bo Falsig as he's giving Vinci Power a shower after the Monday training.
"I just came back in with him and he feels good. I trained him a few intervals as I always do a couple of days before a start. Nothing negative in today's training and that's positive".
The Åby licensed trainer is based in Mölndal just outside Gothenburg where like many other places the weather has cooled down which is appreciated by the horses.
"Now it's a bit rainy and windy. It's nicer for the horses. When I turned them out this morning they seemed to like it. But for us it's nicer when it's at least 20".

Aiming for the major league
Just above 20 degrees is what the forecast says for Vaggeryd as they are hosting V86 on Wednesday. Vinci Power who has taken all of his wins from the lead, starts from post one in the four year old race over 2,140 meters volt start. Looks like wire to wire?
"It hasn't been my plan, it just turned out that way. If I end up in the lead I will race him there but I'm sure others would like that too" says Bo Falsig and says Vinci Power will race with aluminum shoes again.
Even if the post position is the best possible, he's facing tougher opponents than he ever has. One of them is Versus As who recently won at Solvalla during the Elitlopp weekend. The opponents don't seem to bother trainer and driver Falsig much.
"Since he's been racing as well as he has, he will keep moving up in class and face tougher and tougher opponents, we know that. I think he's a horse that will do well in V75® in the future".

"I'm not giving up"
Bo Falsig has 170 kilometers to Vaggeryd and brings another V86 horse to the track. Crossfire Simoni (V86-2) is also four years old and has made money in all of his starts. The conditions on Wednesday is post position two in volt start over 2,640 meter.
"He's not a bad horse by any means. We've had some bad posts lately and haven't gotten in to the races. If he minds his manners we should get away better here. He can leave pretty well both in volt start and behind the gate" says the trainer and adds:
"He should be better with the last race and I'm not giving up beforehand. If we get a decent trip he can can be right there".