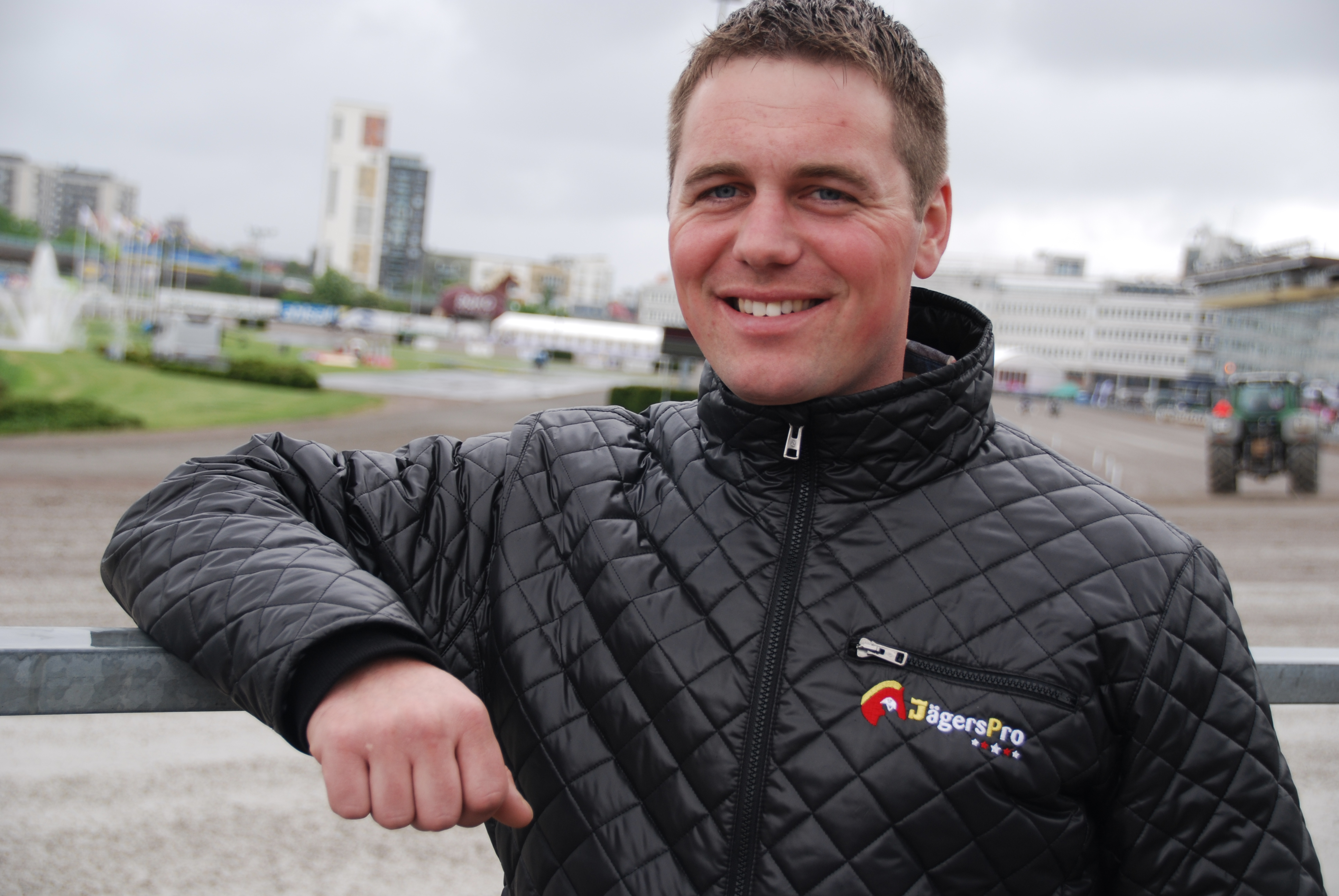 V86®: Lønborg back with Eddie the Eagle

Eddie the Eagle was the ski-jumper who pretty much always finished last.
Eddie the Eagle of trotters is trained in Denmark and has only lost once is six starts.
"He's a very good horse and of course I have high hopes for him" says Michael Lønborg who will make the trip from Århus, Denmark to Åby, with one horse for the Wednesday night V86® races.

At the end of 2015 Michael Lønborg moved back home to Denmark after having worked in Sweden for nine years. Århus became his home again after working for Hans Adielsson and starting up his professional training career.
Adielsson gave Lønborg a kick start to his career by letting him take over his stable and horses at Jägersro.
But home is always home...
"I have Sweden to thank for a lot but moving from Denmark again is not an option. It works great the way it is now" says the Århus trainer whose career highlight came when winning the Sprint Master at Halmstad in 2014 with Happy Days.
Michael Lønborg is coming to Åby with one horse on Wednesday. Eddie The Eagle is a four year old gelding who has won five of six lifetime starts.
As a three year old he won three out of four starts. A few days into 2020 Eddie The Eagle won at Skive, Denmark and three weeks ago he won his first start in Sweden.
Michael Lønborg won easily on the front with him at Jägersro - the fifth victory of his career was an easy one.
"He wasn't tired, but it's hard to say how much was left in him. But I was very happy, it was sort of his seasonal debut at Jägersro since the start prior was way back on January 6. Eddie had a three month break before that race and he also showed that travelling is no problem for him" says Michael Lønborg, who makes the trip to Åby and back on the same day.

"Felt insignificant"
Eddie The Eagle is used to winning. You can't say the same about his namesake, the Brit who became very popular and loved as pretty much a useless ski-jumper during the 1988 winter Olympics.
Michael Lønborg says that this horse felt mediocre for the longest time.
"He was pretty insignificant until last summer. That's when he suddenly starting showing some speed. After that things have just gone better and better. He's had a very good development curve and I can feel that there is a lot more to come. A very nice horse with the right attitude who has done pretty much everything right" says Lønborg.

Fits the class perfectly in V86®-3
In V86-3 Eddie The Eagle fits the class perfectly. Had he made a couple of hundred Swedish Crowns more, he would have had to start with a 20 meter handicap.
"Yes, he fits this class perfectly and I'm sure he will race well. He has both tried and won over this distance and he is normally safe in volt start. His maternal side is French so hopefully that gives him strength. Of course I have high hopes when I make the trip with only one horse. The money is good on V86 but so is the competition...even though I don't know anything about the opponents.
How has Eddie The Eagle won his races?
"He has taken all his wins except one from the lead. It was his second start when he had post position eleven behind the gate in a 1,640 meter race and we got a good start and found second over. In the last turn he rounded them in two strides and then that race was over".
His only loss came in his third lifetime start in the middle of December in Ålborg when he made a break. What can you tell us about that start?
"It was a very hard track that day at Ålborg and he just rolled over on his way to the lead. He didn't like the track and he still doesn't like hard tracks. It looks like the track at Åby will be good so it should be fine. He will race barefoot behind again like he usually does".