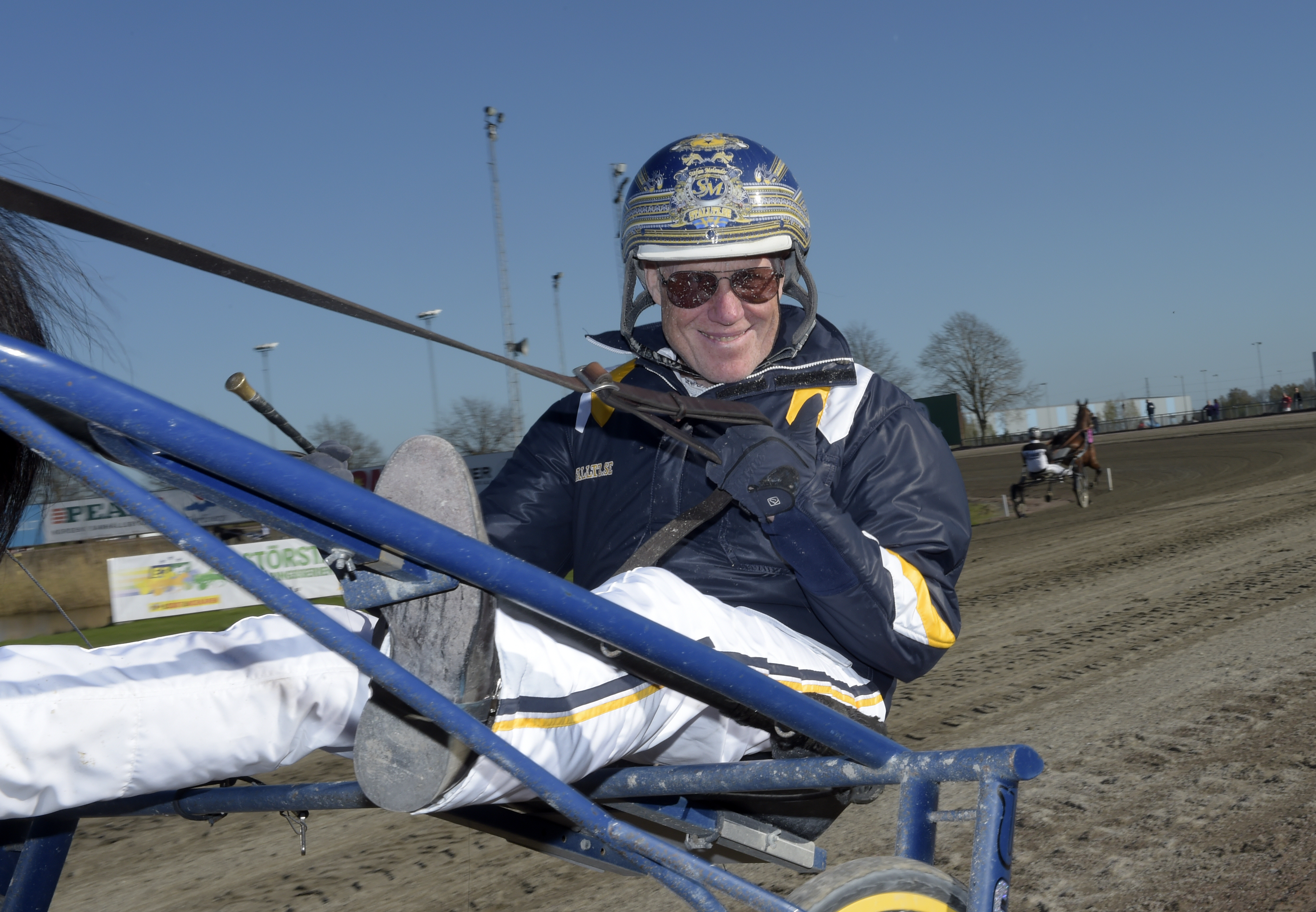 Small but fast.
That’s one way of describing Im Your Captain.
The fleet-footed four year old will make his Swedish debut on Wednesday at Solvalla.
“He’s done everything right since he came to us” says Stefan Melander.

Stefan Melander’s USA-import Evaluate was very impressive in his Swedish debut at Solvalla a month ago. This week it’s time for his countryman from the same crop Im Your Captain (V86®-6) to introduce himself to the Swedish public.
“He has trained exactly the same way as Evaluate but Evaluate was extremely good. I don’t know where Im Your Captain stands. He was in very good shape when he arrived last winter and he’s been great in training but it’s very hard for me to say how he’ll perform in his first start” says Stefan Melander.
When the Solvalla trainer bought Im Your Captain back in November he had won eight races and finished top three in 17 of 24 starts. His biggest victory came in the Old Oaken Bucket in Delaware, Ohio. That was worth almost SEK 500,000 and his total earnings are SEK 1.6 million.
“I like USA and I follow the sport there very closely and I get some favorites. This horse has put up some very good efforts but he’s a bit on the small side. He’s got a good kick in his step and he’s a very good looking horse, but he’s actually too small”.

A test with unusual conditions
The conditions in the race on Wednesday are unusual for Im Your Captain. He’s used to short distance races started with the starting gate from the states but this time it’s ‘volt’ start and 2,160 meters since he will start with a 20 meter handicap.
“I’m very pleased with Im Your Captain and he’s very thoroughly trained but I haven’t tested him at all and I actually have no idea how he’s going to perform. He could be useless or he could be terrific. The fact that he will race over 2,100 meters also makes it hard to say. We’ll have to take this race as a test” says Stefan Melander who probably will race his horse barefoot right away.
“He’s such a nice trotter so I might pull his shoes off. But no blind bridle, I think”.

Will have a good year
A couple of the opponents are Im Your Captain’s stable mates Manuzio Hanover and Flight Dynamics. The former will make his first start of the year and the latter comes off a second place in Derby Trial at Jägersro.
“I think Flight Dynamics raced really well in his last start. He’s progressed and I think he’ll have a pretty good year. Sure he’s only won one race but he’s raced against pretty tough opponents the entire time. He’ll race without front shoes again and since he’s the one with the best form I’d say he’s the one I believe in the most out of my three horses.
Manuzio Hanover is not a bad horse but he’s going to race in to shape and we’ll lay low in his first start of the year”.