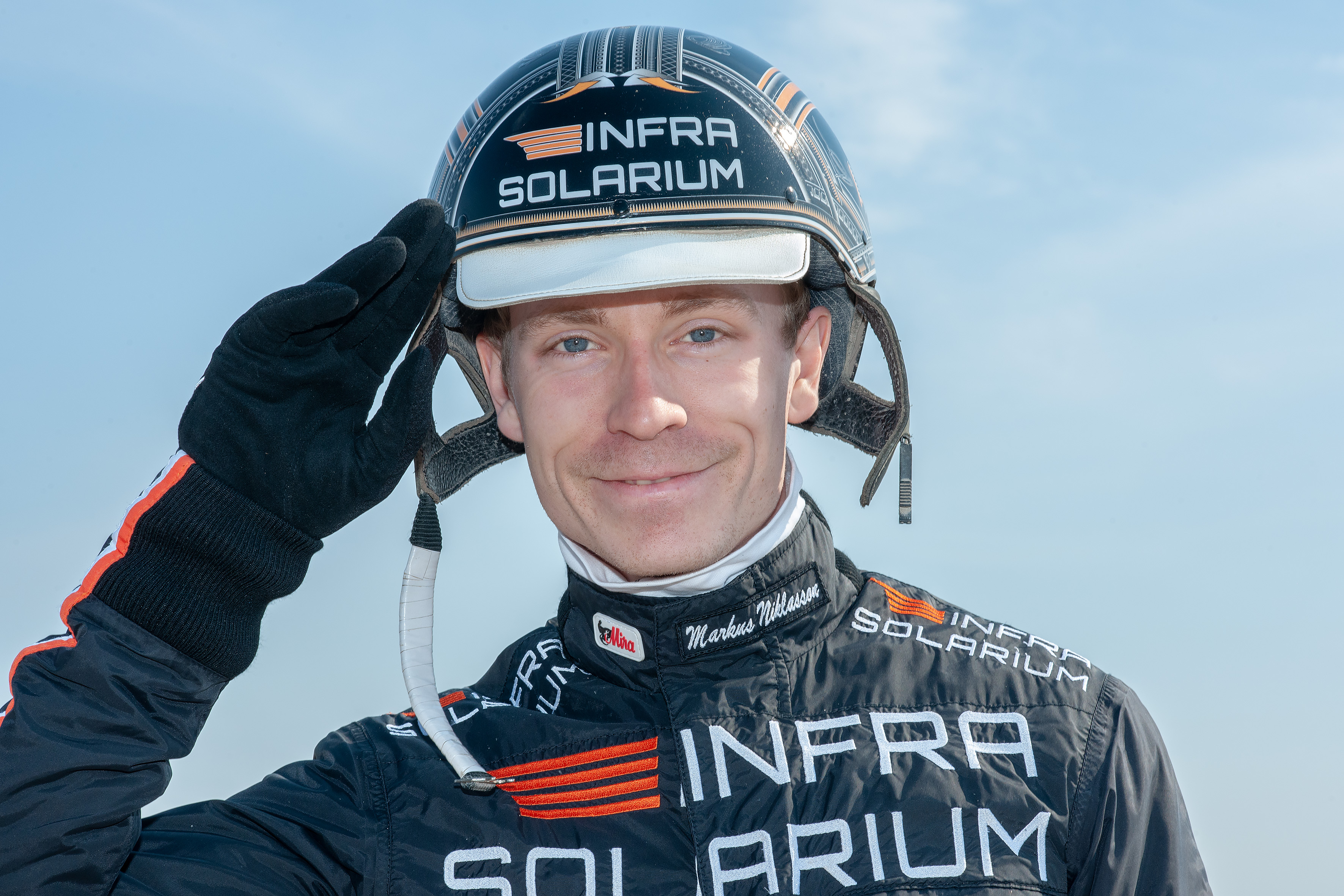 V86®: Niklasson thanks Dallas for the start

A Saturday in April last year the duo became one of the most surprising winners in the history of V75®.
Ever since then the five year old Dallas and the 27 year old Markus Niklasson have been more and more prominent in the races and will not be forgotten by the bettors on V86® at Jägersro this Wednesday.
"I hope to make a name for myself as a catch driver and it's always fun to drive Dallas".

There were 1,024,058 V75® tickets in play on Saturday April 6 at Jägersro.
Only 14,600 of those tickets survived the first leg. Halmstad licensed trainer Tommy Strandqvist's Dallas won the race and was only on 0.6% of all tickets.
In the sulky was Markus Niklasson, also licensed at Halmstad.
The 27 year old started going to the races at Åby with his father an was impressed by the sport.
"My dad has always enjoyed going to the races, although he was never involved in it as an owner or so. I thought being a driver looked cool and that's how it all started" says Markus Niklasson who first sat behind a horse in his early teens at trainer Bo Falsig's stable at Åby.
In 2018 Niklasson had earnings of SEK 1.6 million. In 2019 he made the decision to go for it as a catch driver.
"That's when I was working for Marcus Lindgren and I had to cut down on my hours to be able to race at the lunch races and other things. Now I work 75% for Tommy Strandqvist and I also help some other trainers here in Halmstad sometimes" says Markus Niklasson.
Strandqvist backing up
Tommy Strandqvist has 15 horses on his training list and he runs his stable together with his daughter Linn.
Markus Niklasson is their only employee and also the number one driver for the stable.
A catch driver in the small format.
"I also drive for other trainers sometimes but the Strandqvists are the only ones backing me up constantly. They're happy with me and I'm happy with them. Besides Dallas, Tommy and Linn have some very interesting two year olds in their stable of which two or three of them look like they might race early. It will be interesting to follow them this year".
Off to a flying start of the year
30 lifetime starts are on the record for Dallas so far. Markus Niklasson has sat up behind him in all but two of those starts and he has driven him to all of his four wins.
The new year started with a win at Åby after a heroic effort. Dallas won after being parked outside the leader.
Niklasson usually varies the tactics from giving the horse an easy trip to being more aggressive.
"He's so honest and he has a great attitude. But last summer we started noticing that too many tough trips in a row was getting to him and we had to change the tactics to build his confidence back up again" says Niklasson.
In V86®-7 on Wednesday, Dallas will start with a 20 meter handicap. The horse feels good in training and Niklasson thinks he will have a decent chance to win.
"I think he will be among the three, four most bet horses in the race. Steen Juul has one that looks good (Chablis D.K.) and there is someone else we have respect for too. But I definitely believe he will end up battling for the win".
Wants to get past Juul
The toughness to win the race on his own is there. Niklasson also has a horse that leaves fast and his goal is to try to get past the Danish favorite already in the start.
"He hasn't raced in 'volt' start in a long time so we'll see if I he can manage that. He races great from behind too but he's got such a good attitude and I really think that if he's in the lead at the top of the stretch the others will have a much harder time getting past him than vice versa" says the 27 year old driver.
He is in the early stages of his career and his hopes are to be able to make a living driving in a couple of years.
"I will happily drive seven days a week if I can. That's my goal right now. But maybe I will have my own little stable in ten years instead, you never know".