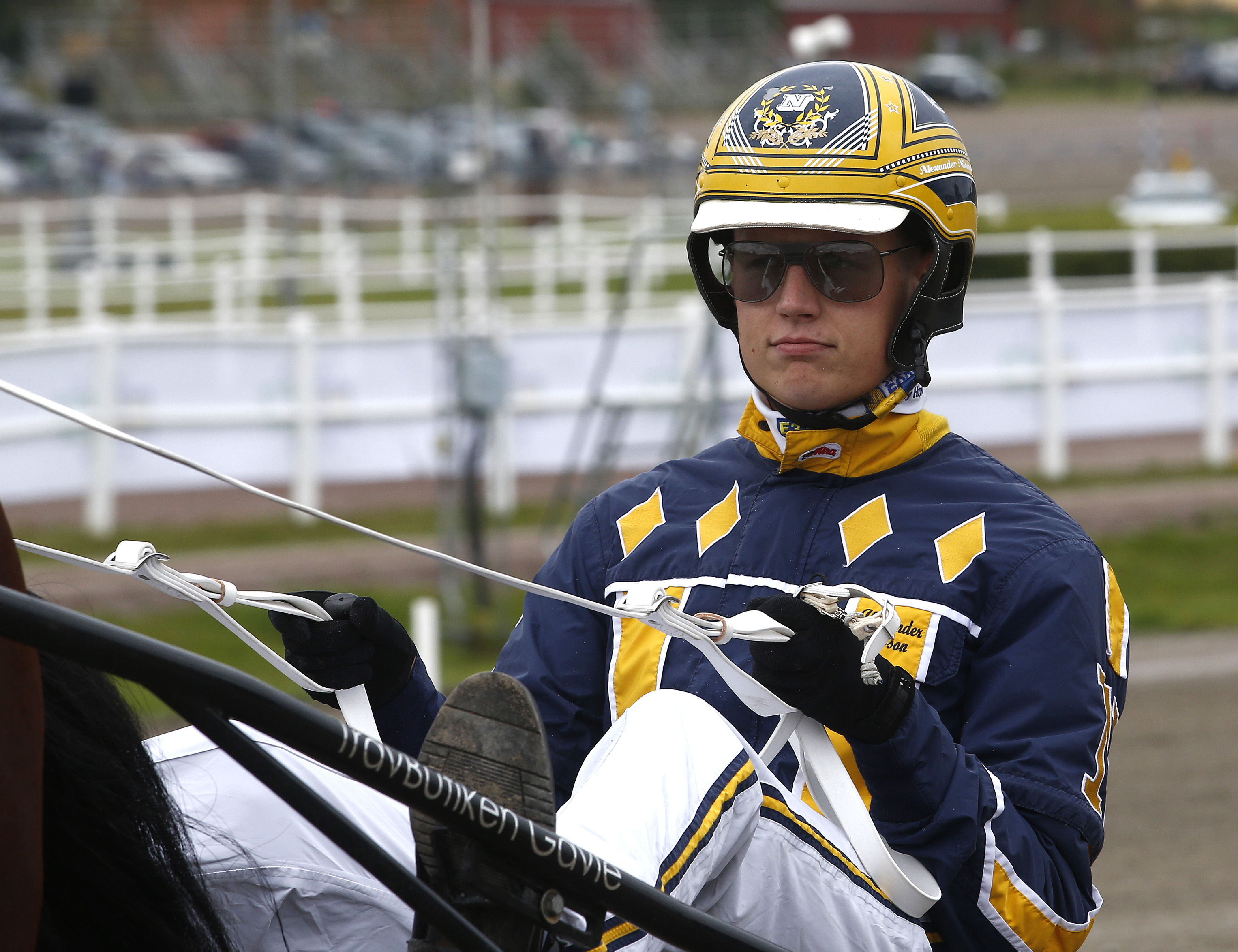 V86®: Nilsson with a longshot

He's one of the newest and most anonymous trainers at Solvalla.
The latter is something Alexander Nilsson is hoping to change.
Preferably already on Wednesday.
"If they don't see you, you don't exist. I hope more people will recognize me after this race" says the driver and trainer behind the sharp Odds Indicator in V86®-6.

Hans Nilsson became a professional trainer in 1970.
Almost 50 years later he turned the steering wheel over to his son Alexander who as of last year is in charge of the family stable of eight horses.
"There wasn't really much of a change when I got my license. I've worked with my dad since 2010 and it's always been a team work. I see it more as us complementing each other instead of someone being in charge. He has worked with this for 60 years and has a lot of experience, especially when it comes to shoeing, feeding and what a horse should look like. And he seems to still think it's just as much fun" says Alexander Nilsson who didn't get horse bitten until he was in his late teens.
"When I was younger I had no interest in horses. But I've understood that goes for a lot of teens who have a father who is a trainer and still they're in the business today. It was when dad had a horse called Saviola who started winning a lot of races, on V75® too, that I got interested".
"That's when I first got to see the fun part of it, the excitement in the competition and the joy when you succeed, not just the every day routine at home seven days a week. When you're young you don't understand the big picture. Why dad and many others can keep on doing what they're doing to experience those moments - that’s what motivates so many people in this business. I've always been competitive and it was an interesting world to step into".
In which areas do you and your dad not agree when it comes to the daily routines in the stable?
"That's a good question...We basically have the same ideas on how a horse should be trained and taken care of to feel good. But that's natural, you often get the same basic view as your parents. There could be certain details in training we might not agree upon. Same thing when it comes to a horse's equipment. I'm not afraid to change things, but my dad is more conservative. There's always two sides of each coin. I also enjoy travelling around to see what other trainers do, it can be inspiring and then you get your own idea based on that".

Reawakening after moving
His first year as a professional trainer resulted in two wins in 44 starts and SEK 250,000 in earnings.
Something Alexander Nilsson describes as 'catastrophic'.
"It really was terrible. We were stabled at a place in Märsta where things didn't work out. The horses got sick and when they took one step forward, they took two steps backwards. But a year ago we moved out here to Taxinge and after that things have been better and better. Sure, we got hit by an infection after a good winter, but generally I feel the horses and healthier here. Now they seem to be getting good again so I'm looking forward to the fall season".
A horse who has been very good lately is four year old Odds Indicator. In June he broke his maiden and two weeks ago he took his second consecutive win, despite being scratched sick in between.
"I've always felt that he's a horse with a lot of ability but he hasn't showed it on the track. He wasn't physically ready last year and this past winter it felt as if he wouldn't release the hand break. Four starts ago when he trotted very fast after making a break I started to get the feeling he might be coming around. In the starts following that he's had much more go. You had to guide him around the track before, now he has started competing in a different way and the results are also coming".
So you weren't as surprised as the bettors when he won his last starts at the odds of 25-1?
"I was a little bit surprised since he had been off for a while and only been trained on the uphill track. I thought he would be lacking some speed but he was really good and it was a lot of fun".
Even more fun since it was your first driving win since 2016?
"Yes, definitely. I've usually used other drivers and most times Örjan Kihlström. It's not hard to motivate why he should drive instead of me. But Odds Indicator is a horse I've driven many times myself".

Dreaming about a big stable
On Wednesday Alexander Nilsson is giving himself a new chance in the sulky, this time in the V86® spotlight. Tougher opponents and more experienced drivers are suggesting the odds indicator will definitely light up if they would win again.
"I don't see it as impossible to upset again. Normally my horse should be improved after that last start and nothing in training is telling me otherwise. I trained him some lighter intervals today (Monday) and he felt very good. I'm aware that he's in against tougher horses this time so he needs a perfect trip. He will probably have to trot 1:13 to win this but I think he's ready for that".
That would be your biggest win as trainer, how do you feel about that?
"We won a final of Diamantstoet in 2017. Even if my dad was the trainer then, it didn't feel any less exciting. But sure it's true that when it's your name there in the program and especially if you drive yourself you get in the spotlight in a different way. It would be so much fun if we could win on Wednesday".
Any changes in shoeing or equipment?
"No. We changed him from a blind bridle to a pull down bridle two starts ago and it made him more relaxed before the start. I guess I will just have to pull the blinds down mid-race again since he needs them to be motivated".
You have eight horses in your stable now, is that a good number or do you wish to expand?
"Of course I want to expand, get more and better horses and get a chance to test my wings. Dad trained a 25 horse stable at the most, but I would like an even bigger stable".
In your dreams, where are you as a trainer in five years?
"In my dreams I am training 50 - 60 horses where many of them are good enough to race in the big races. I realize I have a long way to go, but my vision is to be a successful trainer with a transparent attitude and dialogue with my owners" says Alexander Nilsson.