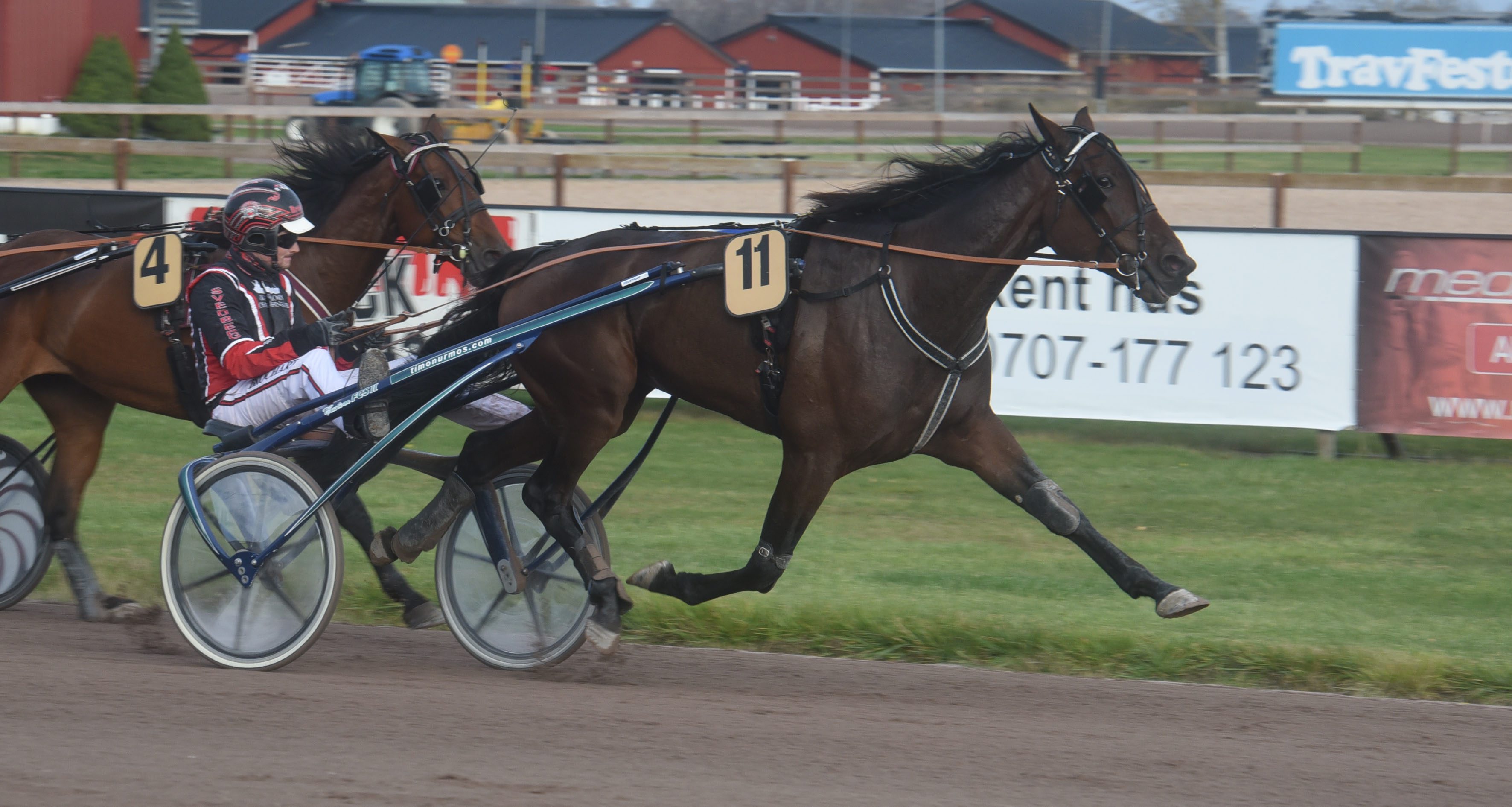 He has won three out of four starts and the time he trotted in his last start is something his opponents hasn't been close to doing.
Three year old Ranch Steady Go might just be the horse to build a V86® jackpot ticket around on Wednesday.
"He has started off his career very well and the driver said he wasn't tired in his last start" says trainer Timo Nurmos.

Sweden's leading trainer Timo Nurmos has developed numerous top trotters. Only time will tell if Ranch Steady Go (V86®-4) is one of them. The way he has started his career sure is very promising. After finishing third in his first start he has taken three straight wins and in his last start he won in a very sharp time for his class, 1:14.7/2,140 meters - after having tried for the lead just to sit second and win easily.
"He's a nice and sweet horse who still is a bit lazy. But I only see that as a positive. I like when the young horses are laid back" says Timo Nurmos when we get a little chat with him during the Monday training at the farm Jordanstorp in Stjärnhov.
"He has trained well after his last start and he trained as late as today. Everything seemed fine".
Just like in his most recent start Ranch Steady Go drew post position eleven in the three year old race of this Wednesday's V86 card at Solvalla.
"I haven't studied the opponents so I can't really say anything about his chances but it's not easy to just go around the field with such an unexperienced and lazy horse. I think he will be just as good as in previous starts but I don't know haw far that will take him".
Ranch Steady Go last raced without shoes for the first time and the plan is for him to race the same way again.
"I think he will race barefoot again. And with a blind bridle. Since he is lazy, the blind bridle is perfect for him".