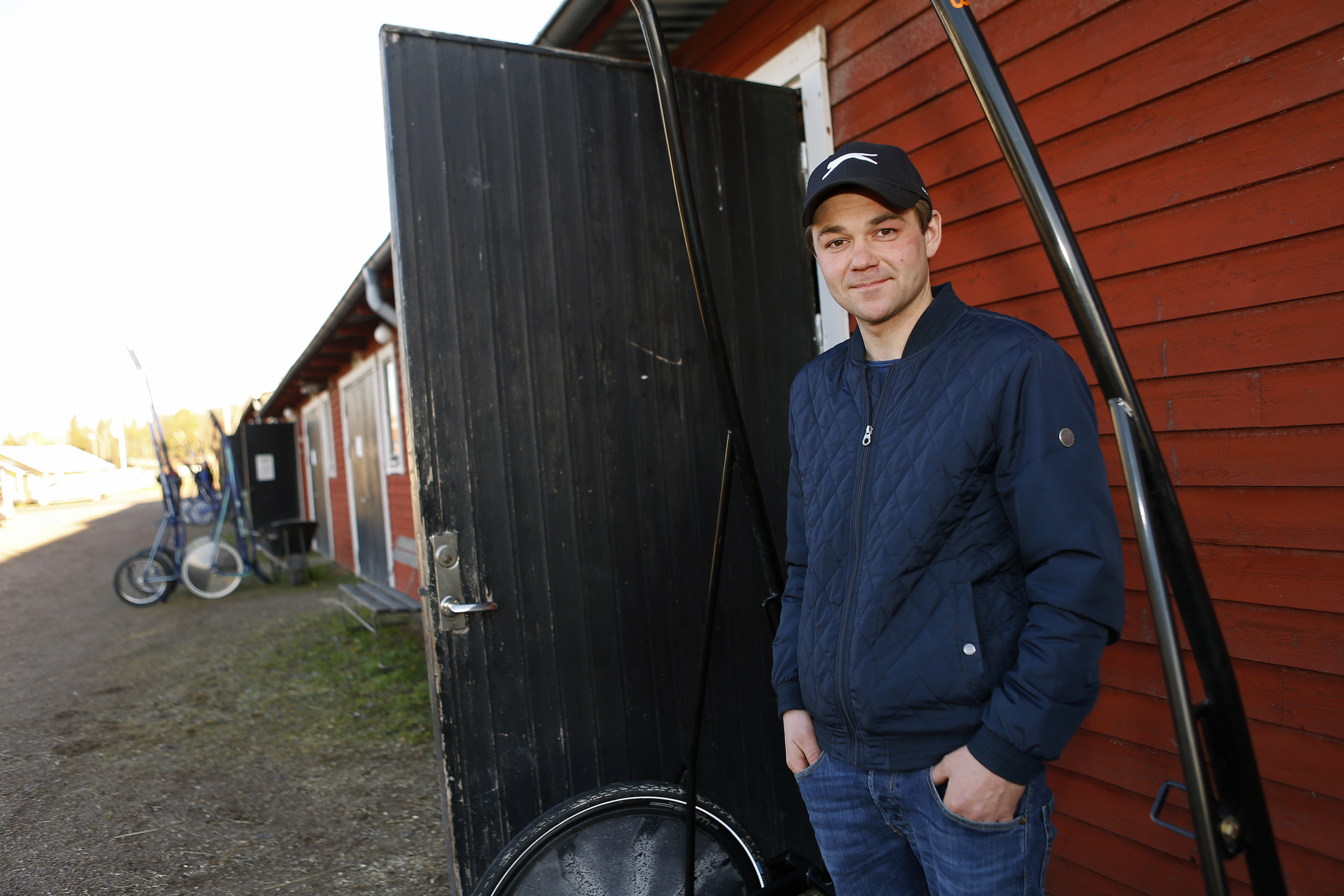 The cozy racetrack in Åmål is hosting this week's V86® which once again comes with a jackpot.
The Norwegian winning machine Rappnor is shipping in to the half mile track but trainer Ole Johan Östre fears it might too tough for him.
"At Åmål you can't be sure that the best horse wins. It's very hard to start with a handicap" says Östre and reveals who he views as his toughest opponent.

V86® continues it's summer tour and this week it's Åmål's turn.
There's once again a jackpot in play on V86 and a sole winner is expected to take home SEK 14 millions with all eight winners picked.
Åmål is one five half mile tracks in Sweden and the home stretch is short, only 105 meters, which makes it the shortest home stretch in the country.
A guy who is used to driving at Åmål is the Norweigan native Ole Johan Östre who trains at Momarken racetrack and doesn't have a very long trip to Åmål.
"The track is very special. Since the straightaways are so short there's a lot of turns. You need to get a good position, preferably the lead if you want to have a chance to win. If you're too far back you have no chance going around them there" says Ole Johan Östre.

"Above all he's very strong"
Still he decided to enter his star Rappnor to the coldblood race, V86-4. It's a leg of Dubbelcupen and the Norwegian winning machine will start with a double handicap, 40 meters behind. But he's a horse who wins in almost half of his starts and this year he has six wins and two seconds in nine starts. Last year he won five out of 17 starts and finished top three in ten of those.
"Rappnor is a winner and above all he's very strong. He has won from every position, also when being parked on the outside. That's one of the reasons I entered to this race but it's also the last chance to qualify for the final of Dubbelcupen. To do so we have to finish top three" says Ole Johan Östre.
"But my horse has progressed and has become quicker this year compared to earlier and he's in very good form now. He's been training well after his last start. I have great expectation on this horse and he has the potential to make a lot of money going forward".

"Won't make up 40 meters on a Stumne Luna in top form"
Rappnor is the favorite in the fourth leg, starting with a double handicap on the starting distance 2,480 meters. The race is made up by ten horses starting from three different distances. Even if Östre's horse is used to winning, he's not sure he'll come out on top here.
"At Åmål you can't be sure that the best horse wins. The straightaways are only 100 meters and you have to move quickly. I hope he doesn't lose too much ground in the start since he hasn't been very quick from the start before".
"He's a horse who could win this race but then he needs things to go his way a bit too. I think he'll trot around 1:25 on the distance. I fear Stumne Luna, who is on the starting distance, the most. If she's in top form we won't make up 40 meters on her is she stays flat. Carl Johan Jepson also knows how to drive at Åmål" says Ole Johan Östre.

And adds:
"I don't think we'll change anything on him, he'll race with shoes upfront and barefoot behind just like he's done in his last starts"

You also have C.C. Sugar in V86-6 from post two. What are his chances?
"C.C. Sugar (V86-6) was good two starts ago when he finished well to grab third place. He was sick in his last start and had a little break after that. He has trained well for some time now and I have a lot of belief in him here. I actually think he's one of the possible win candidates. No changes. he'll continue racing with shoes".