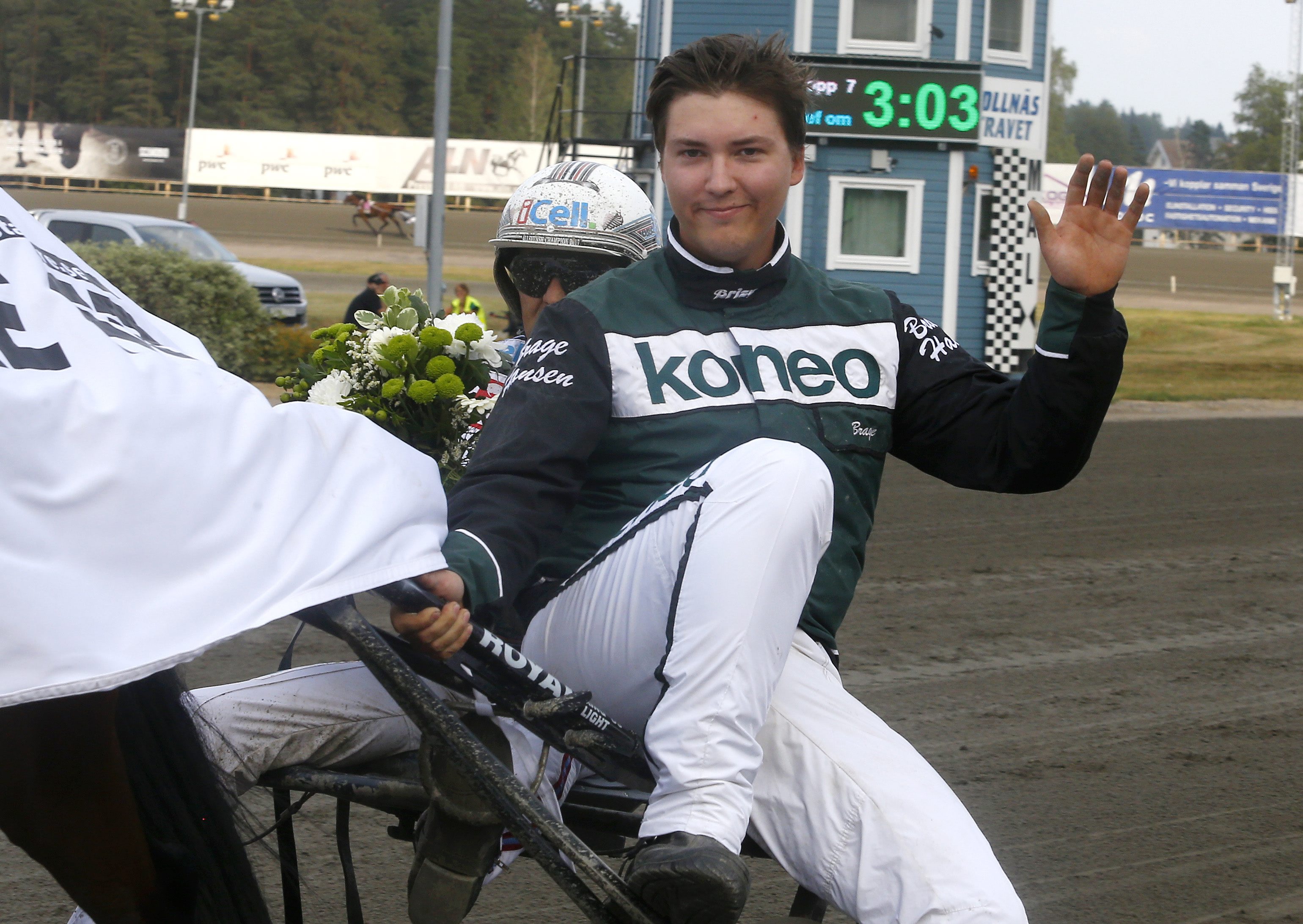 V86®: Proud trainer of Millie who will soon be a millionaire

Leading driver Ulf Ohlsson likes Millie Millionaire and wants to keep driving her.
It might just be this Dannero trained mare's turn at the Silverstoet elimination at Bergsåker on V86®.
"I'm happy we have Ohlsson but there can't be any driver who wouldn't want to drive her?" says 30 year old amateur Brage Hansen, proud trainer who hopes to start as a professional trainer in the beginning of next year.

Bergsåker is co-hosting this weeks V86® together with Solvalla.
A race that sticks out is V86-7 in Sundsvall which sees 15 mares behind the gate in an elimination to Diamantstoet.
The field is full of mares in form and who are used to winning races. Because of the handicapping system Millie Millionaire was assigned the second worst post position, with her lifetime earnings of SEK 938,600.
Brage Hansen has leased the mare since December as a yearling. An extraordinaire mare Brage has trained from scratch and is very proud of.
Millie Millionaire is five years old and is SEK 61,000 away from a million in earnings and will reach that if she finishes top two on Wednesday. Millie becomes a millionaire...
"Of course I'm hoping she can become one of the best mares in the country".
"I'm aware that a lot of pieces have to come together for that to happen - but she for sure has the ability. She hasn't hit the ceiling yet and it feels like there are still a couple of things to do on her that will further improve her" says Brage Hansen.

Is stabled at the breeder's
Brage Hansen works as a blacksmith and he rents a farm in Sollefteå together with his girlfriend and they have a six horse big training stable.
Millie Millionaire however is stabled at the breeder's, Eva-Maria Frånlund's farm, 20 kilometers away.
"They feed her and take care of the daily care and I do the rest. Now when she's racing she doesn't do a whole lot in between starts, just enough to keep her in shape. If the horses feel good, they'll also race well" Brage says.

Millie got him thinking
This winter he's hoping to take the remaining class needed to become a professional trainer at Dannero on the other side of New Years.
Since some time ago he also rents a stable at the Dannero race track. Millie was the one who made him take that step.
"That's right. When you have a chance to be around horses like her it starts a thought process. I've said jokingly that it must be some kind of personal crisis, turning 30 and all that makes me want to try as a professional trainer. There aren't a lot of trainers at Dannero and I feel that...I must be able to add something?"

"Of course she can win"
Millie Millionaire won two consecutive V75® races together with Ulf Ohlsson this past summer. The leading driver wants to drive her again on Wednesday.
Brage is thankful for that but thinks so highly of his mare that he wonders which driver would say no to such a drive.
She has a tricky post position but Brage has far from given up.
"As good as she is, of course she can still win" Brage says.
In her last start she finished second in the final of Diamantstoet during Solvalla's V75 finals. Millie Millionaire sat a couple of notches too far back to be able to catch the winner Under The Counter who took her second consecutive V75 victory for trainer Joakim Elfvind and driver Rikard N Skoglund.
"I think Under The Counter will be her toughest opponent again. She seems to have found her form for Joakim Elfving. Many of the horses from her last start, she faces again this week and she will need some racing luck. She's a tough mare but she cant go last kilometer out three wide every time she races" says Brage Hansen.

"She has kicked badly a few times"
Millie Millionare used to kick a lot when she was younger but according to Brage Hansen she's gotten much better. But just be safe, he keeps the kicking strap on her.
"She's perfect and very sweet when you work with her. She's nice to drive and has never kicked in the race bike, but in the jogcart she has kicked badly a few times. Millie has bent a few carts so to speak".
Not one bad word. Brage always takes his mares side.
"If you should bet her? To me she's a given on the V86 ticket!"