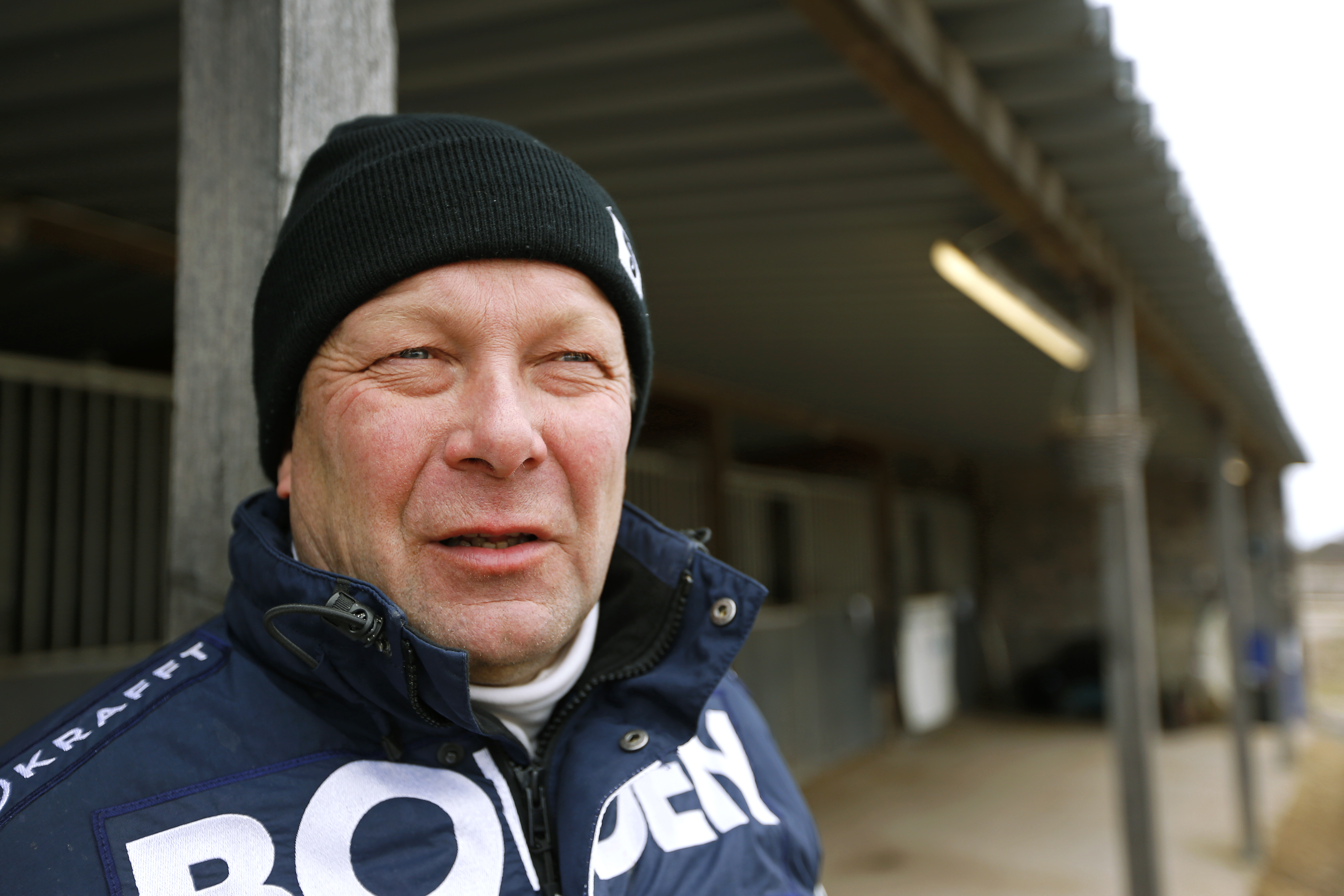 He can soon sum up the best year of his career.
But first Petri Salmela wants to win a few more races.
"Moon Zappa must have a great chance on the front end" says the northernmost of the big trainers in Sweden about this week's V86® races.

He moved to Sweden October 1, 1998.
A little more than 20 years later Petri Salmela can look back at his most successful year as trainer, at least money-wise.
Total earnings of SEK 9.4 million for the stable that holds 83 horses and has its main office in Boden.
"We have 31 horses in Stockholm and the rest are up here, it's a good distribution" says Salmela on his way to yet another southbound flight to take a look at the stable super star Makethemark among others.
"He's the one to thank for breaking the record this year. I am pleased with the result for the entire stable but if you look at the total earnings its huge having a top horse like that. I have never had a horse make as much as he has made this year" says Salmela whose star trotter has made SEK 3.7 million after being third in Elitloppet, second in Åby Stora Pris and winning St Michel Ajo.
He made his last start in September and he is now training for next season in the elite.
"He got three weeks off, then we started him back in early November. The weather hasn't been consistent in the Stockholm area so we have had to change up the training week by week. He will have an easy period over Christmas when they get vaccinated and then in January we will start training him a bit tougher".
This year Makethemark made his first start in mid April and he then made one more start before Elitloppet.
"He got delayed a couple of weeks due to sickness, but if everything goes according to plan this winter he will be ready to race in the beginning of March. That would give him time to race in one of the bigger races and hopefully get an invitation to Elitloppet again.
So racing in Elitloppet made you want to come back again next year?
"Yes, of course. Especially since he got just as nice trips as I had hoped before. I can honestly say that he wasn't tired after the final, which he showed in the following starts. It was his first time racing against the best trotters in the world and I of course think he will be even better next year".

Future secured
Even though he has ten horses entered for Tuesday and Wednesday this week at Solvalla, Salmela doesn't think there is a realistic chance to make the last SEK 600,000 to reach the SEK 10 million mark.
But there is hope for next year.
"I have to say that the group of two year olds is much different and much better than last year's group that now is three. Same goes for the yearlings where some of them look like the real deal already now. I had a meeting with the Boden crew this week and told them that the future is secured" Salmela says laughing.
Are you going to celebrate this record year with the crew somehow?
"We will. I have some plans but I don't want to reveal them already now. It's a tough life being a caretaker and the crew from Boden and the one from Stockholm don't see each other very often, except for some race days like V75® in Boden and on our awards night up there. So they are absolutely worth something extra now when we've had such a good year".

"Will try with pullouts"
There could be a reason to celebrate already on Wednesday.
Salmela thinks he has a very good chance to win on V86®.
He refers to the four year old mare Moon Zappa in V86-4, who has drawn post position one behind the gate and she actually won with the exact same conditions at Solvalla back in September, but finished outside the money in her last start.
"She wasn't bad at all. Jorma (Kontio) who drove her said he thought she was better than when she won the start prior. She just didn't have the same racing luck. She had to go three wide without cover the last 800 meters and it was a quick finish so that was a tough task. Positions are everything" says Petri Salmela about the mare who in undefeated on the front end after four tries.
"Should she reach the front then she should have a good chance. She has shown before that she likes racing there. Since she's racing back so soon she hasn't trained much since her last start but everything is normal. I will try her with pullouts tomorrow (Tuesday). If that works out she will race that way. She has raced with a set earhood in all her starts so I think that will give her an extra gear" says Salmela who also has two horses in V86-2.
"Carisma Sisu is one class better than Feather Sisu so if one of them should win it would be her. Unfortunately she drew post eight and it will be tough to get her in the race from there and she likes being near the front and not doing too much hard work herself. For her to win she needs the front, the pocket or sitting third at the pylons, but it will be hard finding either of those positions. Besides that every thing is fine in training and she doesn't care about the track condition" says Petri Salmela.