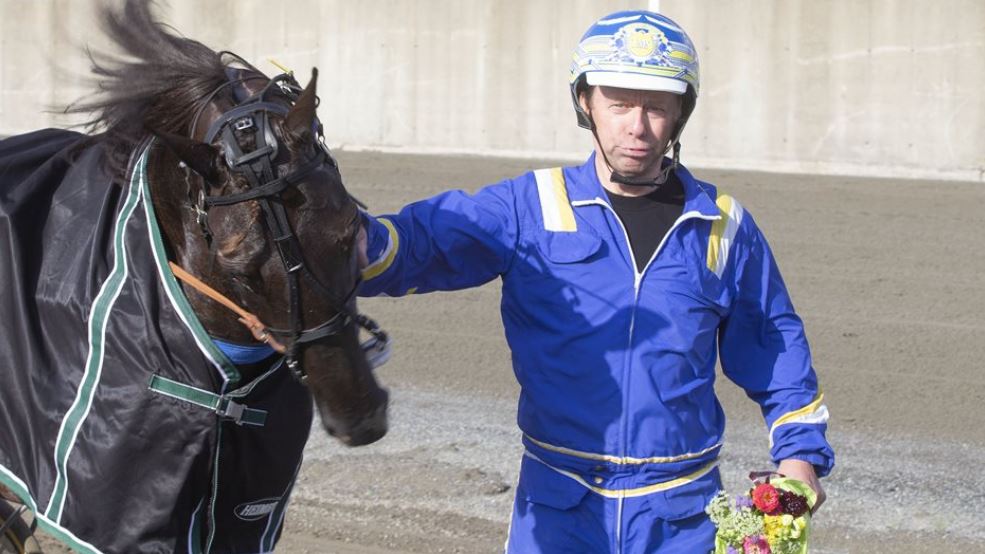 V86®: Søvik brings a truckload of good horses to Oslo

French born Force de Flandre chases her fifth win in a row and she is one of the biggest favorites on the V86® card.
Jarlsberg licensed trainer Lars Magne Søvik thinks his other horse on V86 — Star Act — has a better chance to win, though.
“He’s like a new horse”.

On Wednesday Norway’s biggest track Bjerke hosts the entire V86 card.
All eight races — with a post time of 19:20 — will be held in Oslo, with Lars Magne Søvik as one of the main characters.
The trainer from Jarlsberg has two interesting starters.
Beforehand 5 Force de Flandre (V86-7) attracts the most interest. The French mare came to Norway as a six-year-old with almost no merits and will now be one of the biggest favorites on the V86 card.
Force de Flandre was bought from France at the beginning of the year and she hadn't made that many starts.
"I didn't know much about her, except that she hadn't been raced lightly. I saw videos of her starts and I liked her and how she moved. She wasn't injured when she came to me, but she wasn't in that good of a shape so I gave her a couple of months of training before she was ready to race" says Lars Magne Søvik.

Surprising development
In her first start in Norway, she made an early break and finished sixth. It was a decent effort. But it wasn't a hint of what was to come.
"I felt early that she was above average, but I'm still a bit surprised by her development" says the trainer.
Force de Flandre starts in V86-7 at Bjerke with her good-looking program page and she is one of the biggest favorites on the card, in the race open for mares only. After that first breaking mishap, she has four wins in a row.
"She has tripled her earnings in just a couple of months so she faces tougher competition than what she has before. But she hasn't hit 'rock bottom' yet where she has had to go all out, so there's more development within her. So I don't feel beaten beforehand" says Lars Magne Søvik, father of fresh Jägersro trainer Preben Søvik who after many years working for different trainers in Sweden got his own trainer license in December last year.

An even better chance
Force de Flandre starts in the seventh leg of V86. In the race prior, the Søvik stable could have already gotten a win with 7 Star Act in V86-6.
"Star Act is like a new horse. He is very quick out of the gate so I think he could take the lead despite starting from post position seven. I think the sprint distance is his best. In his last start, he got too hot in the lead. He then raced with a blind bridle, so we will change that to an open bridle for this start, which should make him easier to rate. I think he has a good chance to win".
Is it an even better chance than Force de Flandre?
"Both have good chances to win, but maybe Star Act is the better chance based on the distance and the post position".