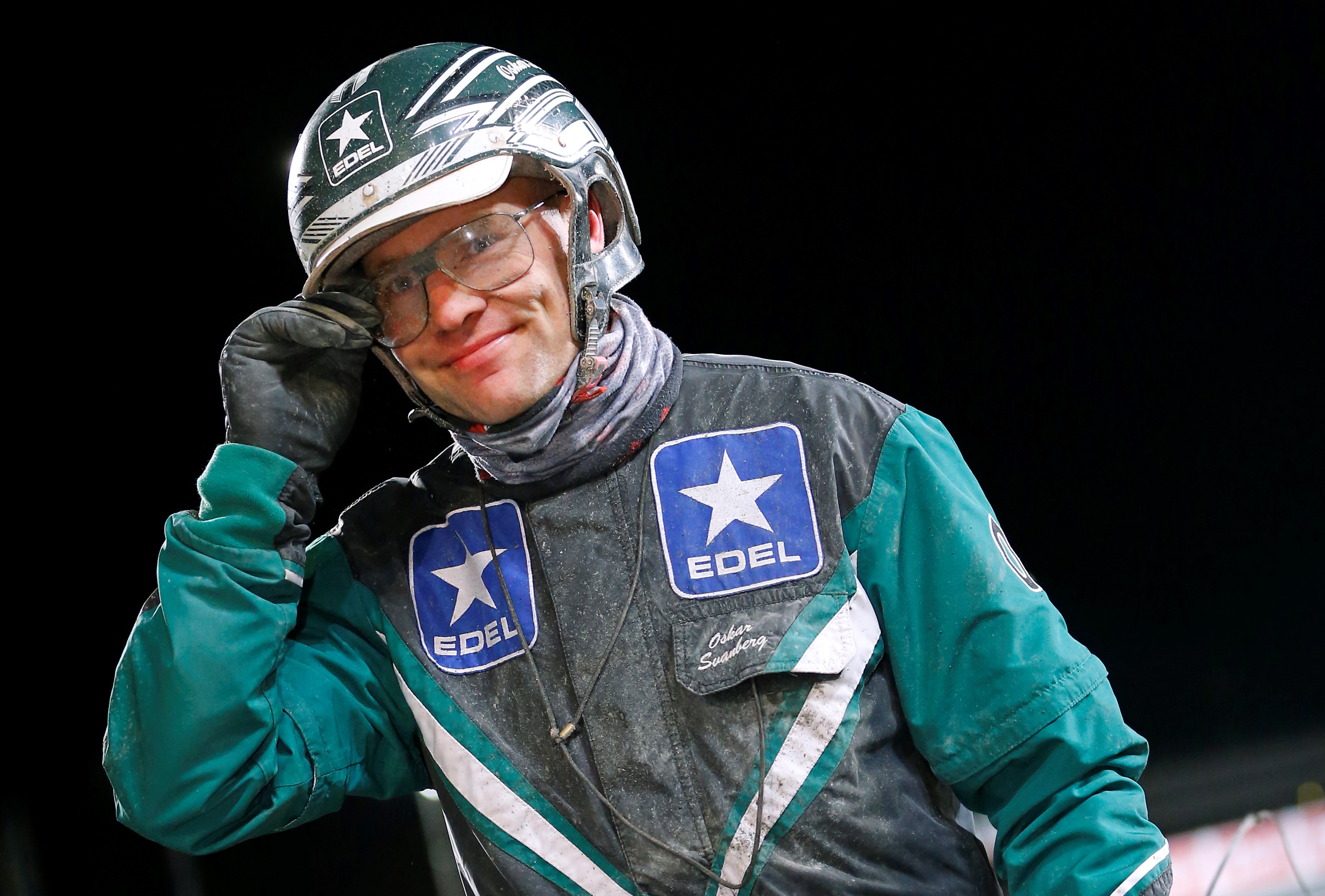 The new year has started.
The first V86® card of 2022 is split between Jägersro and Solvalla.
Oskar Svanberg makes the trip to the capital's track with some expectations.
He is bringing two tough trotters who are both coming into form.

The holiday season is over and it is now time to look forward to the newly started 2022. The first V86 card of the year awaits on Wednesday, the races are split between Jägersro and Solvalla.
The Mantorp licensed trainer Oskar Svanberg makes the trip to Stockholm with two horses. Both horses have their strength as their best feature and they both recently came back after having been off from racing for a while.
7 Global Unspoked (V86-6) returned in the middle of December after a ten month long hiatus and has made one more start since. He then finished fourth in a V75 race at Örebro after having trotted a tough last kilometer out wide.
"I thought he was surprisingly good in his return, which was just meant as a start in his legs before racing on V75. He raced well in his last start too and the result would have been even better had he not gotten interfered with and gotten such bad cover. He was a bit on the right line so we will add a Murphy blind for this start. He was well gaited and I was pleased with his effort" says Oskar Svanberg.
Two starts in his legs now. Will he be further improved for this start?
"I don't know if he will be improved, or if he even needs to be. I think he was good enough in his last start and that effort would take him a long way in this week's race too. He's racing back to back weeks, but that's no problem for him nowadays. Earlier in his career, he couldn't handle it but as he has gotten stronger it should be fine".
Your thoughts on the Wednesday start?
"He likes having post one in volt start, he is usually the fastest away in volt start. I think he would have won many more races if there were just more volt start races in his class. So I think we will get a decent position right away, but you have to play it by ear with him, if he is in the mood to go forward and just crush them, then he probably will".

Will be much improved
The now seven-year-old 7 Cassius Ima (V86-8) was a frequent V75 starter last spring, he won a Class 2-leg at Åby in March and also raced in the long-distance race Orebro Intn'l. He recently returned to racing at Färjestad, his first start in five months.
"I was happy with him in his return. He had been off for a while, without really having any issues. He was just tired after a long season, with many V75 starts and it was tough to get him to perform in the summer. I expect him to be much improved off of that start, he should be close to as good as he can. He has won on V75 on this distance before".
The distance for Cassius Ima at Solvalla is 2,640 meters, something that the gelding obviously likes. His last three wins are on the long distance. Kim Eriksson does the driving on Wednesday and they start from one of the outside posts behind the gate.
"He can't leave super fast, but he has made it to lead early on V75 before. Either way, the horse is tough and doesn't need a certain trip so Kim can drive him the way he wants, he has driven him before and has tried all kinds of tactics with him".
You are bringing two horses that should both be taken seriously by the bettors?
"I haven't really seen what they are in against, but both of mine have come out of their recent starts well and I expect them both to perform well on Wednesday".
How does Oskar Svanberg sum up 2021?
"It started off well and we had a good spring. We then made a choice to race more on V75, which means you don't get as many wins, but I think we had a pretty good average anyway. We have many promising horses in the stable so 2022 will be exciting and we hope to get a good start to the new year again".