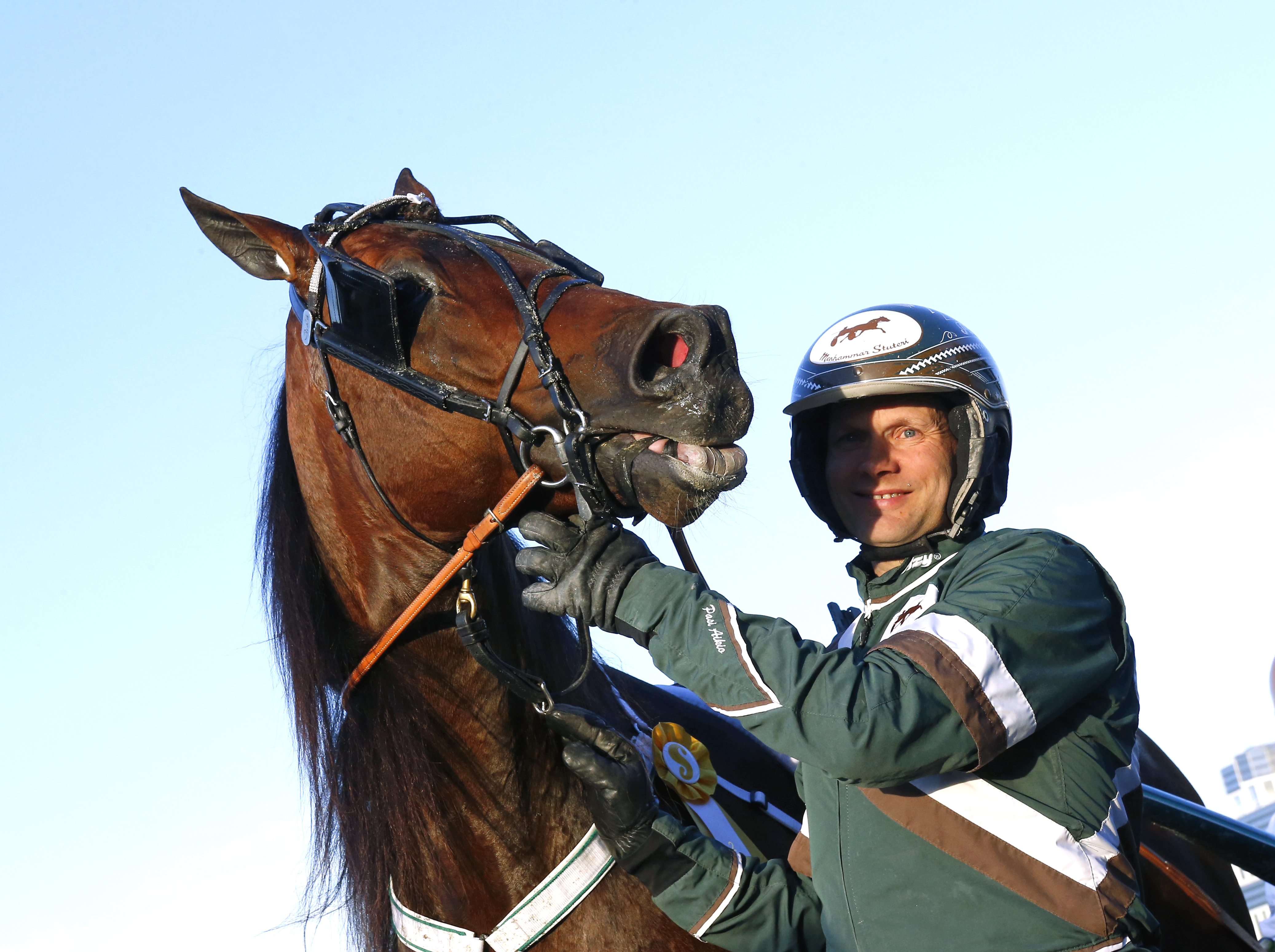 Top horses on the track.
Jackpot millions in the V86® pool.
Sunshine and 23 degrees.
Wednesday night at Solvalla has all the pre-conditions to become one of the summer's trotting highlights.

After a few weeks of touring the country V86® returns to the capital city and it's racetrack Solvalla. All eight legs will be raced at Solvalla and post time for the first leg is set at 19:20. Since nobody was able to pick all eight winners last week, this week's jackpot makes it possible for a sole winner to take home SEK 12 million.
"If I won that much money I think I'd start looking through the sales catalogues. We live with racing, everyone who's in this business and that's my goal, to be able to walk into a field and just pick the horse I'm dreaming of" says Pasi Aikio who already has his dream horse in the Wednesday night's poster boy, last year's Derby winner Who's Who (V86-4).
The five year old has made two starts this year and after an easy win in his seasonal debut, he tried the older elite in the gold division for the first time two weeks ago. He then delivered a magnificent finish which took him from last to second place in 500 meters. The winner of that race was last Saturday's winner of Kymi Grand Prix, Racing Mange.
"The post position was what it was and he didn't have the right racing luck from back there, but he finished brilliantly. Örjan (Kihlström) didn't really ask him until the last 300 meters and then he really got his legs going. It was good to see" says Aikio.

"I believe in him"
How does he feel in training after his last start?
"He feels a little bit smoother than what he did before that start so he seems to have come out of these two races really well".
Is the top form there now after two starts?
"He's not quite there yet, but not that far off".
How do you look at the race on Wednesday, 'Första Jubileumstestet'?
"There are some very good horses in the race and we can't just assume that we can come out and win for fun, he will have to work for it. On the other hand it's good that there are some good horses in the race so he gets to go a little harder. But I believe in him. If he doesn't run into any problems he should be right there".
Any changes?
"He will race with shoes behind this time to save some foot, but barefoot upfront".
How big of a difference is it with shoes behind, compared to barefoot all around as he's raced in this year's both starts?
"I don't really know if there is a big difference at all. He's raced well with the shoes behind before, the main thing is that he goes barefoot upfront".
What does his schedule look like leading up to this year's big goal, Jubileumspokalen?
"He will race at least once more before Jubileumspokalen. After this start he will get a bit of a training period and then we'll find a fitting race for him as we get closer".
And after Jubileumspokalen the aim is set for the winter meet in France and Prix d'Amerique?
"He will have to show us here during the summer that he's good enough for that first. My feeling is that he is, but it's up to him to prove it".