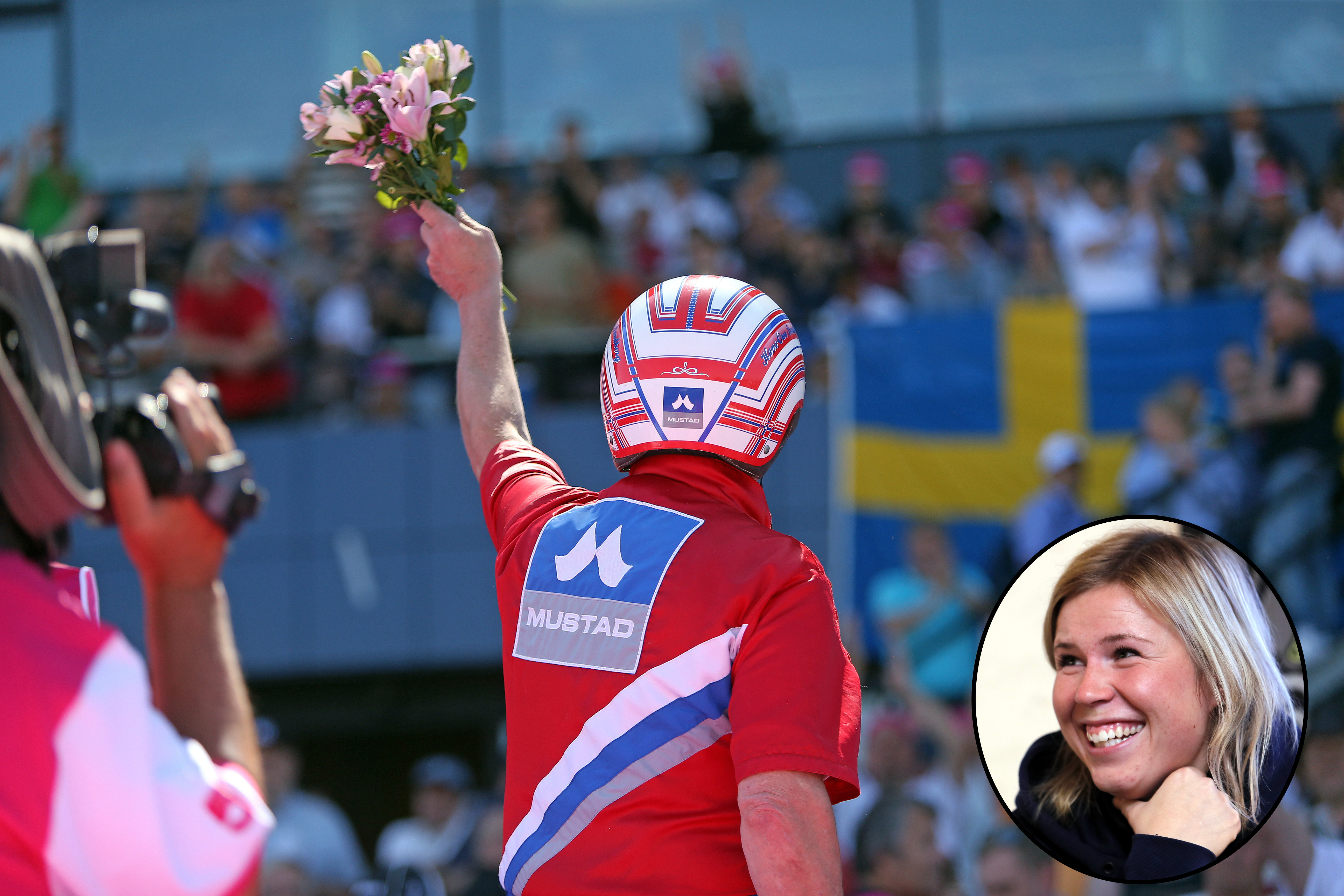 V86®: The elder handing over to the rising star

Charrua Forlan is the top horse who this year will be steered by someone else than daddy himself.
Solvalla trainer Hans-Owe Sundberg with almost 2,700 driving wins in his career has lost some of the desire to drive and has handed over the lines to 27 year old rising star Emilia Leo.
On Wednesday Charrua Forlan and Emilia can win The Onion's race at Solvalla together.

Last year he got to stand in front of the Solvalla crowd yet another time during the Elitlopp weekend after winning his elimination to Sweden Cup.
This might be the end of his driving career. A decision he's made himself.
"There are others who does a great job and I've more or less decided to quit driving. I guess you should never close any doors but I don't feel the need to drive anymore" says the Solvalla trainer who had a good year last year with over SEK 4 million in earnings on the 17 horses in his stable in Nykvarn south of Stockholm.
Torbjörn Jansson will still be the number one driver for the stable. This year Sundberg has also used 27 year old Emilia Leo to drive. She was awarded the rising star last year in Sweden and she has is licensed as an apprentice driver at Gävle.
Emilia Leo got the chance behind the star of the stable in his most recent start. Charrua Forlan put up a great effort in his first start of the year to finish second to Daniel Redén's Sorbet.
Leo was battling for the lead with Robert Bergh and Muscle Hustle and even if it wasn't enough to hold off Sorbet at the end, it was a seasonal debut with a gold star.
"I hope he will keep doing well with her. Charrua was good in his seasonal debut and if they keep doing this well, she'll get to keep driving him. We also have Torbjörn. But we let Emilia drive quite a bit for us. She's aggressive and has shown that she can drive well. So I thought she should get the chance to drive a horse like this too, to get a taste of the elite so to speak".
The owner of Charrua Forlan shared that same opinion about letting someone younger drive according to Sundberg.
"We thought it would be great for her to keep developing as a driver and for us to be able to help her with that" says Hans-Owe Sundberg.

More of a normal class this time
The Onion's race on Wednesday is a short distance sprint race. Charrua Forlan is nine years young and showed in his last start that he'll be force to be reckoned with again this year in the class below the very elite led by Swedish trained Propulsion and Readly Express.
The Wednesday race is a bit more of a normal class for Hans-Owe Sundberg's horse, who actually made over SEK 1 million last year. But the post position is terrible.
"But if you look back you'll see that he won from post seven on 1,600 meters last year too. A lot of it will be determined on how he gets out of the gate - but he's tough enough to do the work himself and he's raced well outside the leader many times. I believe he will race well, wether it will be enough to win or not is always hard to say".

It must have been nice to see him in his seasonal debut and note that he's just as good as before, as a nine year old?
"That's true. The way he looked I'm sure he'll have another good year on the tracks. He should get better with that race and the way he feels at home, everything is well. He seems to be in really good form. No equipment changes from last start".

He wasn't far behind in his last start...
"No, he was very good. Sorbet came very fast and they couldn't hold him out in the last turn. He got a few lengths on the field there but our horse came back and got closer in the end without Emilia having to chase him and he also left Muscle Hustle behind in a good way".

In V86®-6 you have One Two Beat who will be driven by Torbjörn Jansson. They won their last start on the front end.
"Torbjörn was very pleased with him last time and two starts ago he was locked in. He's a strong horse, I know that. He should be able to do alright on this longer distance. Since he's in good form I wanted to try, so we'll see. It's still hard to know. It feels like he should be able to do well. If he doesn't, we'll just have to forget about long distance racing for him. He raced barefoot in his last start and I hope it won't be a problem doing so again" says 69 year old Hans-Owe Sundberg who is enjoying who is enjoying watching his horses race from the side.