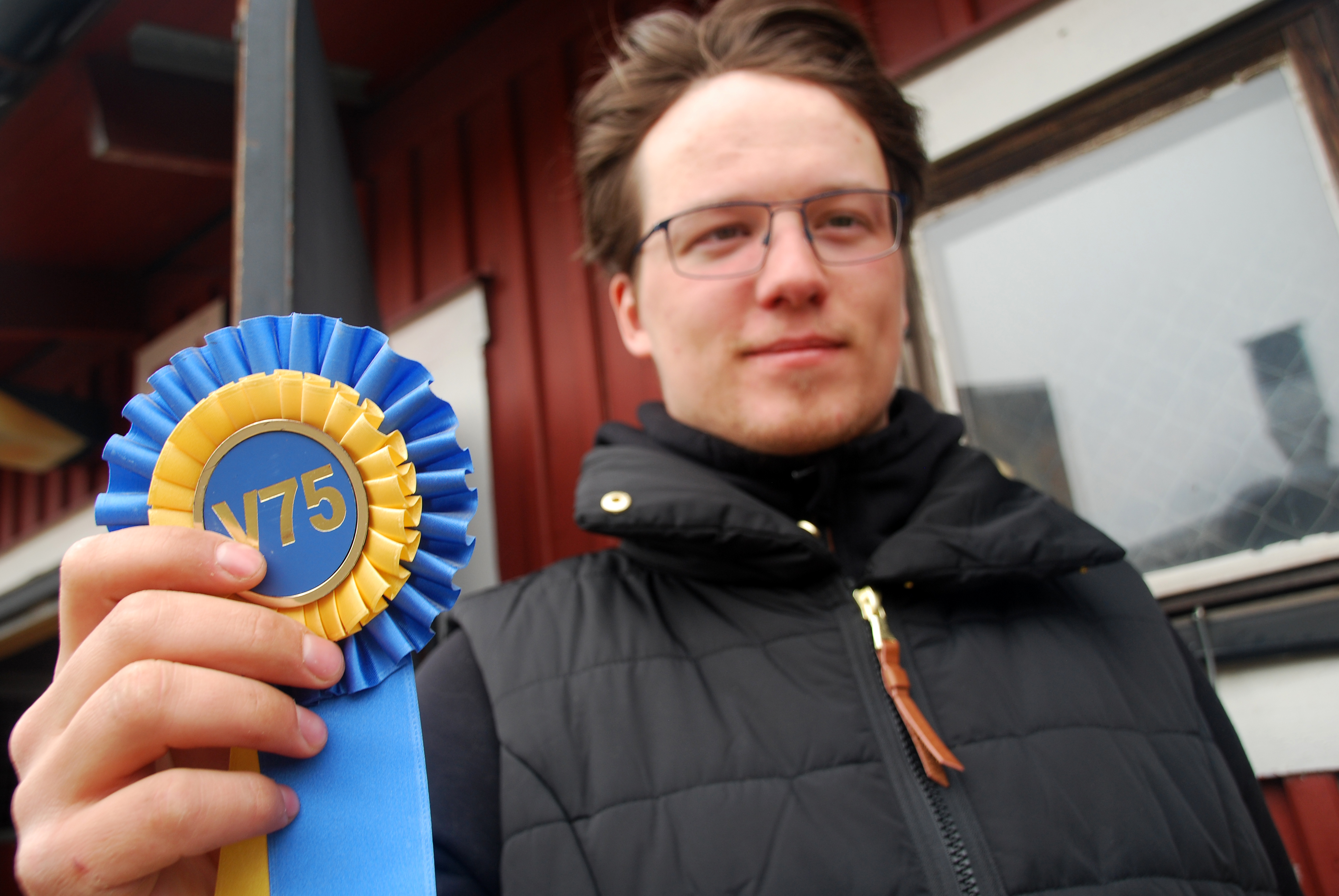 V86®: The successful trainer is back - "He's my best chance"

He had a magnificent first half of the year last year before sickness took over his stable.
Now Oscar Berglund is back and racing three horses who are all strong candidates to win on V86®.
"Cobourg Hanover is my best chance" he says.

Oscar Berglund's name has been mentioned a lot the last few years thanks to his success. Especially last year when he had a magnificent first half of the year before his horses got sick. Despite that he landed on 23 wins in 71 starts which gave him a win percent of 32. SEK 1.6 million in earnings was the result for the amateur trainer from Östersund.
"The most important thing for me as a trainer is to keep a high win percent. I do this to try to win as many races as possible with my horses" says Oscar Berglund.
"Unfortunately the second half of 2018 was ruined by a virus in my stable. The first half of the year was incredibly good while the second half was ruined by sickness. Unfortunately we made a few starts before the vet found out what the problem was. It was a bad way to end the year but it is what it is now".
"The horses got a clean bill of health in November - December after having been turned out for a few months and now they have trained for a few months and all that is behind is and we are looking forward instead".
When do you plan on becoming a professional trainer?
"I'm still pretty new in this game and this is just the sixth year I'm training horses. I'm in no hurry, instead I want to get as much experience as I can before I do that. You have to have good owners too and the plan is to get my professional license for next year" Oscar says.

Will be hard to beat in the lead
The V86® this Wednesday is split between Jägersro and Solvalla. Oscar Berglund is shipping three horses to Stockholm and he says all of them can win.
In the fourth leg he has both Cobourg Hanover and Hope And Dreams. The stable mates will start next to each others from post one and two behind the gate.
Cobourg Hanover won in his first start of the year which was also his first start in over four months.
"Cobourg Hanover (V86-4) got very sick from that virus last fall and he made three starts where he barely made it around the track before we found out what was going on. After seven straight wins he didn't make any money in his last three starts which was a terrible way to end his year. He was very good in his return. He was alert and energetic and just happy to be back on the racetrack again. He was maybe lacking some speed but that will be better this time, having raced once".
"He drew a perfect post position with post one since he's very quick out of the gate. I can't see anyone getting past him out of the gate and likes racing on the front end. He's used to racing against these type of horses but Wild Love impressed me in his last start and that's a horse I have a lot of respect for. I think my horse will be hard to beat in the lead. No changes, he will race barefoot behind, with a blind bridle and in an American sulky. He is my best chance to win".

"Has one heck of a finish"
Hope And Dreams won four races last year, one of them on V75® and finished top three in seven out of nine starts. She returned ti the races last week after being away from racing for nine months. The six year old mare then finished third at Leangen, Norway.
"Hope And Dreams (V86-4) got sick after winning V75 at Östersund and then she was sick the entire summer and fall last year. She got half of her year ruined but everything up to that point was very good".
"She was also good in her return last week and had a great finish. That's what I wanted to see, that she wanted to race again. We knew she would need a race since she had been away for so long but both the driver and I were happy with her. She should be better with that race in her legs and this is the toughest race she's ever been in".
"Having raced just once in nine months I would say it will be tough for her to win a race like this but if everything goes her way she has one heck of a finish. But she has to show that she can race with these before you call her a winner".
"She'll race without shoes this time. In her last start at Leangen she raced with shoes. And she will also race in a goggles bridle for the first time. She can be very laid back in a race and I want to try to wake her up. I've tried her with different bridles such as blind bridle. pull down bridle and open eye bridle. She'll race in the American sulky as usual" says Oscar Berglund.

"Feels great - but will need a race"
In the sixth V86 leg Upstream will make his first start for his new trainer Oscar Berglund.
He was previously trained by Svante Båth and won for him on V75 in 2017 and finished second in a final on V75. he's been away for a long time and this will be his first start since August of last year.
"Upstream (V86-6) came to me in December last year and I was offered to buy a piece of him when he came up for sale. He's a pretty good horses with a good CV but he also has a history of getting injured easily. He had surgery in a knee before he came to me so we'll see if he can make it back to the top level".
"He has trained all winter and feels good and sound. I'm very pleased with him and he has trained a lot but he hasn't trained any fast heats. I haven't wanted to do that since he gets injured easily and i want to be careful with him. So the plan is to race him in shape and even if he feels great he will need a race or two before he's in top form".
"He drew the inside post from the 20 meters handicap start over 1,600 meters. The post position is fine but the distance is a bit short for him. He will miss the race speed and even if he's no stranger to this type of opponents, I'll be happy if he races well here. He will race barefoot upfront, in an open bridle and a regular sulky. He's by no means maximized in his first start back, we'll save a couple of gears until he's in better form" says Oscar Berglund.