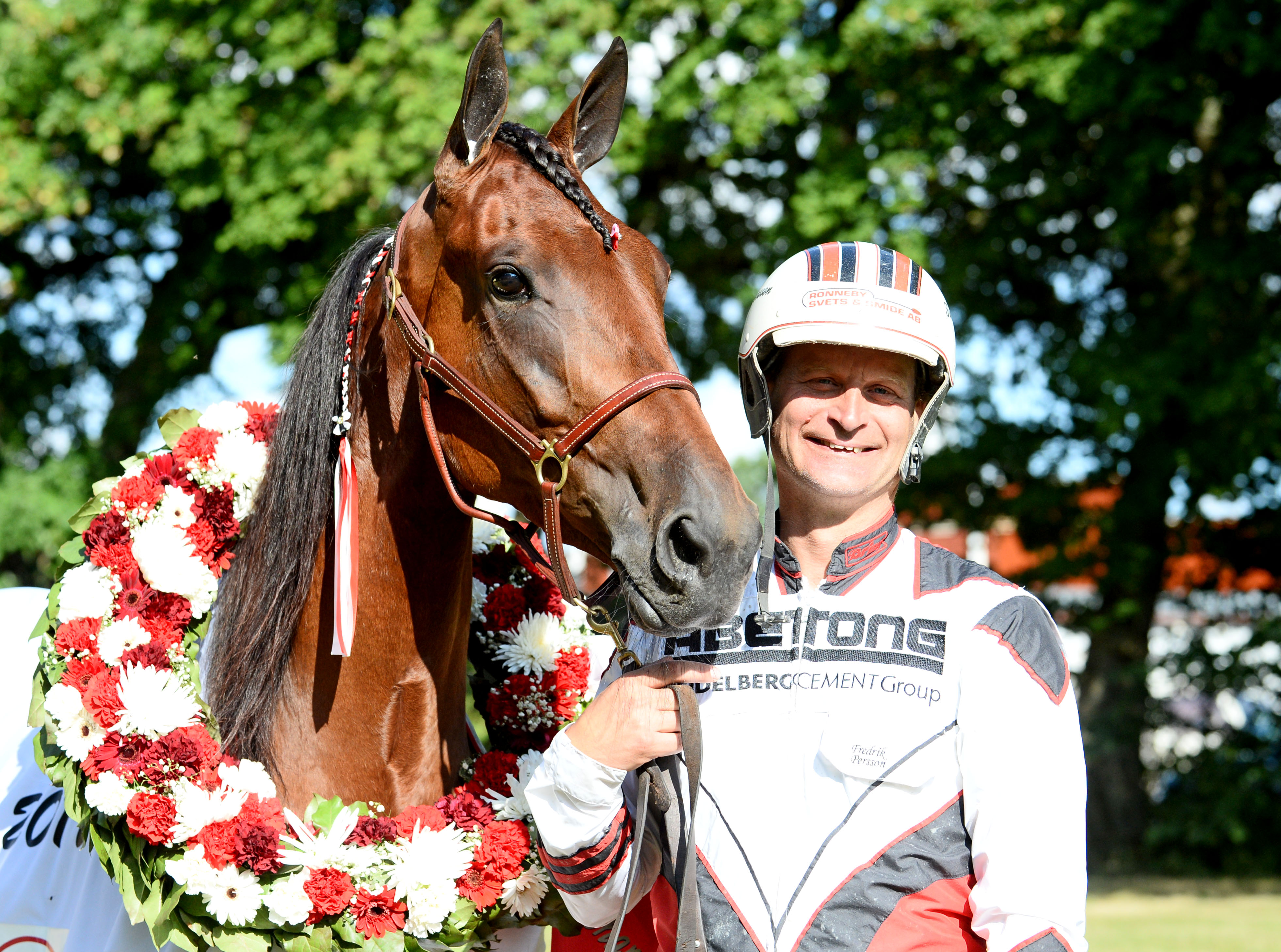 Fredrik Persson is hopeful regarding his top mare Ultra Bright racing on V86® on Wednesday.
"I don't think she's very far from top form" says the Kalmar trainer with a cheerful tone in his voice".

V86® returns and is this week split between Åby and Jägersro and starts with a great race. Åby is the host of Henning Krafts Minne, a race for mares with SEK 125,000 to the winner.
Kalmar licensed trainer Fredrik Persson makes the trip from his farm in Blekinge on the east coast with the star of the stable Ultra Bright.
"She wasn't at her best in her last start and I gave her a little break after that. She trains well now and she feels the way I want her".

Won Stochampionatet
Five year old mare Ultra Bright has made over SEK 3.7 million in her career so far. Her biggest win and check was in last year's Stochampionatet - a win worth SEK 2.4 million.
This year she has one win in six starts. That was at Åby on April 28 in Lovely Godivas Minne, worth SEK 300,000.
"She was very good that day. Her form now might not be quite the same but not that far off. I'm very happy the way she trains and she's not that far from top form" says Fredrik Persson.
The Kalmar trainer trains his horses on a sand track and the dry, hot summer has given him some problems.
"Yes, it has. We've had to put a lot of water on it but it dried up right away. But now we've gotten some rain lately and it's much better".

Post 3 behind the gate
Ultra Bright drew post three behind the gate in V86-1 which is a sprint race over 1,640 meters.
"I have to try to leave with her. We have a quick horse inside of us and I don't know exactly how fast she can leave but at Åby there's also the passing lane" says Fredrik Persson.
Are you making any shoeing or equipment changes?
"No, she will race the same way again".
Which means?
"Open bridle and barefoot".